We are here for you to provide the important Recent and Latest Current Affairs 8 May 2021, which have unique updates of Latest Current Affairs 2021 events from all newspapers such as The Hindu, The Economic Times, PIB, Times of India, PTI, Indian Express, Business Standard and all Government official websites. An Israel-based company ‘Ecoppia’ is set to produce robotic solar cleaning technology in India for a project in the United Arab Emirates (UAE). The project will take place through the Trilateral cooperation agreement between Israel, India, and UAE, which is the 1st of its kind between the 3 countries. The Indian Railways inducted its 100th 12000 HP WAG 12 B locomotive manufactured by Madhepura Electric Locomotive Private Limited (MELPL), one of India’s largest integrated greenfield manufacturing facilities & produced under the Make in India programme. The number of the locomotive, WAG 12 B is 60100.
About WAG 12 B:
i.The locomotive has a design speed of 120 kmph with twin Bo-Bo design having 25 Tonnes.
ii.They can be tracked through GPS for its strategic use through embedded software and antennae being lifted through the servers on the ground through a microwave link.
iii.These WAG 12B e-Locomotives have already clocked over 4.8 million Kilometers hauling a wide range of commodities across 17 states and 2 Union Territories.
Note – Indian Railways has entered into Procurement cum Maintenance Agreement with Madhepura Electric Locomotive Pvt. Ltd. (MELPL).
About Ministry of Railways:
Union Minister: Piyush Goyal
Headquarters: New Delhi

The Department of Telecommunications (DoT), Ministry of Communications has permitted the telecom service providers (TSPs) including Bharti Airtel, Reliance Jio Infocomm, Vodafone Idea, and MTNL to conduct the 5G trial in India. The TSPs have tied up with the original equipment manufacturers and technology providers like Ericsson, Nokia, Samsung, and the C-DoT. These trials will be on a non-commercial basis. The ‘2021 Global Methane Assessment: Benefits and Costs of Mitigating Methane Emissions’ report released by Climate and Clean Air Coalition (CCAC) & United Nations Environment Programme (UNEP) state that human-caused methane emissions can be reduced by 45% in this decade (2020-30), these reductions would avoid 0.3°C of Global Warming by 2045.

Key Points
i.Methane is a powerful greenhouse gas and is responsible for around 30% of global warming since the pre-industrial era.

Overview of EAM Jaishankar’s visit to the United Kingdom

India’s External Affairs Minister (EAM) S Jaishankar visited London, United Kingdom (UK) from May 3-6, 2021 to participate in the G7 Foreign & Development Ministers Meeting. India has been invited as a Guest Country to the meeting by the UK.

EAM virtually participates in G7 Foreign Ministers Meeting
The G7 Foreign & Development Minister meeting took place in person at London, the UK from May 3-6, 2021. It was hosted by UK’s Foreign Secretary Dominic Raab.

On the sidelines of the G7 meeting, India-France-Australia held the 1st Trilateral Ministerial Dialogue virtually.

Key points:
i.It is an open-ended fund of fund scheme that will invest in SISF Global Disruption to provide capital growth.
ii.From May 10 to 21, 2021, the New Fund Offer (NFO) will be open for subscription and the minimum application will be Rs 5,000 and in multiples of Re 1/- thereafter. The benchmark against the scheme will be MSCI All Country World index (ACWI) (Net TR) (INR).
iii.At first the scheme will be investing in shares/units of the underlying fund, which in turn invests in global equities.
About Axis Mutual Fund:
Establishment – 2009
Headquarters – Mumbai, Maharashtra
MD & CEO – Chandresh Kumar Nigam
>>Read Full News 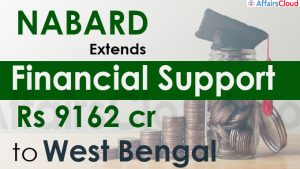 In FY21, National Bank for Agriculture and Rural Development (NABARD) gave financial support of Rs 9,162 crore to West Bengal(WB) for the development of agriculture and allied sectors under Covid-19. 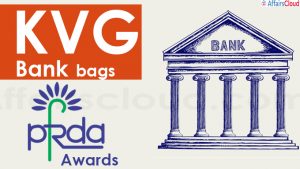 Karnataka Vikas Grameena Bank (KVGB), has bagged top 5 awards from the Pension Fund Regulatory and Development Authority (PFRDA) due to the various campaigns held under KVGB for enrolment of Atal Pension Yojana (APY). 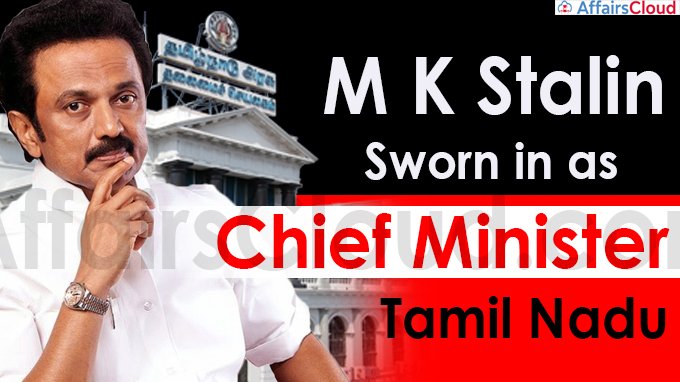 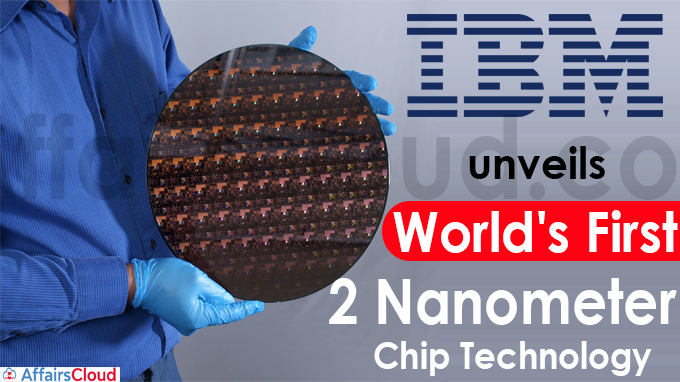 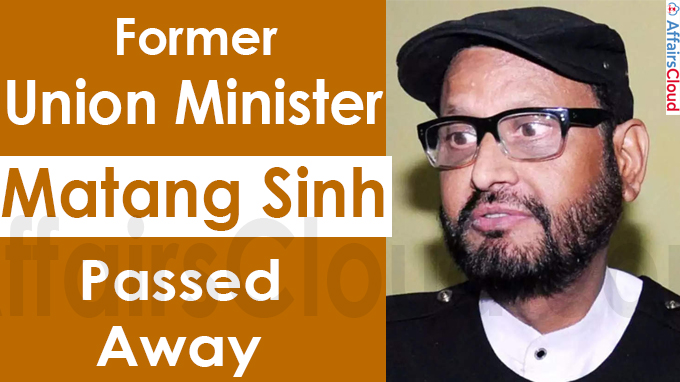 On 6th May 2021,Former Union Minister and Congress leader, Matang Sinh passed away in New Delhi  following COVID-19 related complications.He was born on 22nd August 1962 in Tinsukia, Assam.
About Matang Sinh:
i.Matang Sinh was elected to Rajya Sabha from Assam in 1992 and served as Union Minister of State in Parliamentary Affairs from 1994 to 1998.
ii.He was well known in Assam as a TV tycoon.
iii.He launched the first satellite news channel of Assam and the Northeast  region, “Northeast Television” (popularly known as NETV) in 2003. On 6th May 2021,Renowned Social Activist Padma Shri awardee Gutha Muniratnam passed away in Chennai.He was born on 6th January 1936 in Tiruvallur,Andhra Pradesh.
About Gutha Muniratnam:
i.Gutha Muniratnam was honored by the Government of India, in 2012, with the fourth highest Indian civilian award of Padma Shri for his contribution towards social service.
ii.He was the founder of Rashtriya Seva Samithi (RASS),a non governmental organization engaged in the social welfare activities in over 2500 socio-economically backward villages in the Rayalaseema region,in the present day states of Andhra Pradesh and Telangana
iii.He was also a member of the National Planning Commission of India 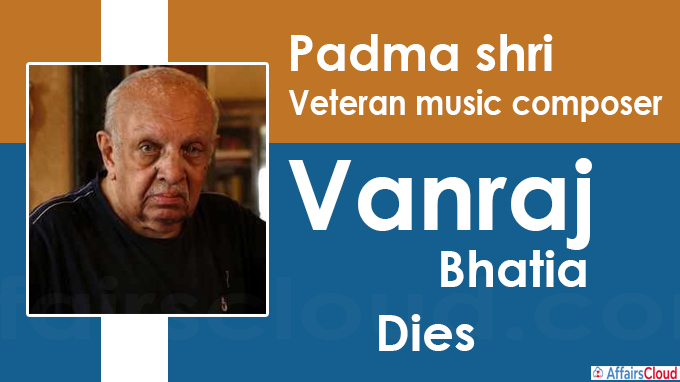 On May 07,2021, Famous music composer and Padma Shri awardee, Vanraj Bhatia passed away in Mumbai. He was born on 31 May 1927 and he is one of the leading composers of Western classical music in India.
Famous works:
He composed music in – Television film Tamas, Shyam Benegal’s movies like ‘Ankur’ and ‘Bhumika’, TV series – Yatra and Bharat Ek Khoj (Discovery of India), and created the soundtracks for Aparna Sen’s ’36 Chowringhee Lane’ and Kundan Shah’s ‘Jaane Bhi Do Yaaro’.
Awards:
i.National Film Award for Best Music Direction (for Tamas) – 1988
ii.Sangeet Natak Akademi Award for Creative and Experimental Music -1989
iii.He won Padma Shri award in 2012 for his contribution towards Indian Cinema. The Border Roads Organisation(BRO) Raising Day is annually observed across India on 7th May to mark the establishment of the BRO in 1960.  The day also recognises the contribution of all veterans and BRO personnel.

Functions of BRO:
i.The main role of BRO is to provide road connectivity in the border areas of the country.
ii.The BRO executes the construction of roads and maintenance works along the northern and western frontiers.
iii.At present, BRO is responsible for more than 60,000-kilometre of roads.
iv.The BRO works towards fulfilling the strategic requirements of the Army.
Works of BRO:
i.The BRO has constructed roads in many friendly foreign countries such as Bhutan, Myanmar, Afghanistan and contributed to the strategic objectives in the regions.
ii.In 2021, around 75 infrastructure projects of BRO, including the 12 important strategic roads and 63 major bridges, will be dedicated to the Azadi ka Amrut Mahotsav.
About Border Roads Organisation(BRO):
Director-General Border Roads–  Lt Gen Rajeev Chaudhry
Inception– 1960
Motto–  ‘Shramena Sarvam Sadhyam’
Headquarters– Delhi 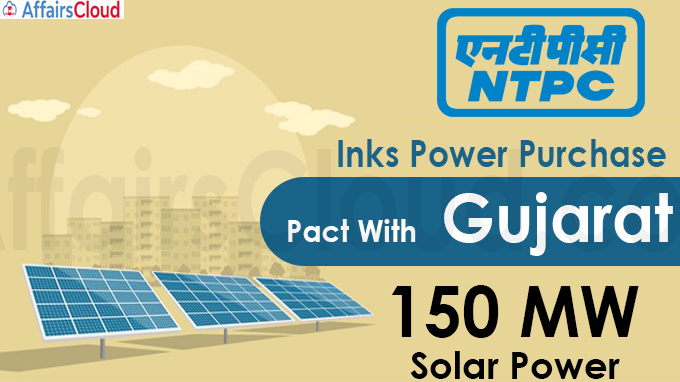 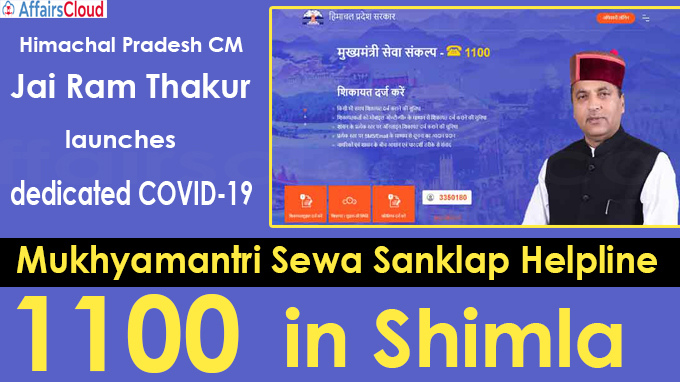