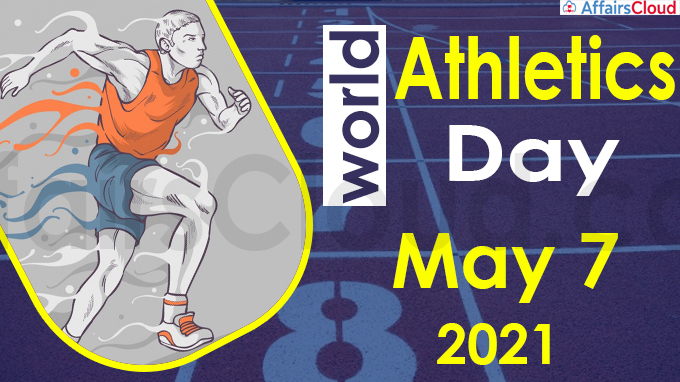 World Athletics Day(WAD) is annually observed across the globe in the month of May to create awareness about athletics and encourage youngsters to take up sports.

In 2019 the International Association of Athletics Federations (IAAF) was renamed World Athletics.

To promote athletics as a primary sport in schools and institutions.

i.The World Athletics Day was initiated by the International Amateur Athletic Federation (IAAF) to promote the participation of youngsters in athletics.

ii.The day was launched under the social responsibility project of IAAF – “Athletics for a Better World”.

iii.The first World Athletics Day was celebrated in 1996 and the event was launched by Primo Nebiolo, the President of IAAF (from 1981 to 1999).

The first World Athletics day was themed around the centennial edition of the Olympic games held in Atlanta, United States.

The World Athletics Championships is held every two years, the 2021 championship has been postponed and will take place in July 2022.