We are here for you to provide the important Recent and Latest Current Affairs 3 February 2021, which have unique updates of Latest Current Affairs 2021 events from all newspapers such as The Hindu, The Economic Times, PIB, Times of India, PTI, Indian Express, Business Standard and all Government official websites. 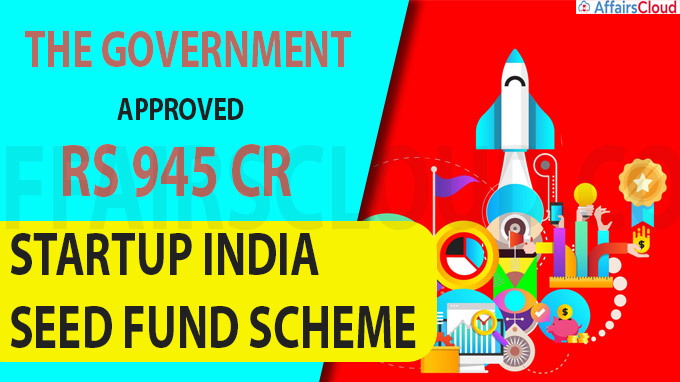 Department for Promotion of Industry and Internal Trade (DPIIT), Ministry of Commerce & Industry  has given the approval for  setting up of Startup India Seed Fund Scheme (SISFS) with a Corpus of INR 945 crores for the period 2021-25. The Scheme will come into force from April 1, 2021 & DPIIT will be the implementing agency of the scheme.

i.Experts Advisory Committee (EAC) will be constituted by DPIIT for execution & monitoring of SISFS.
ii.Criterias:

Benefits
Selected Startups will receive an amount of up to INR 20 Lakhs after successful validation of their concepts, prototype development & product trials. 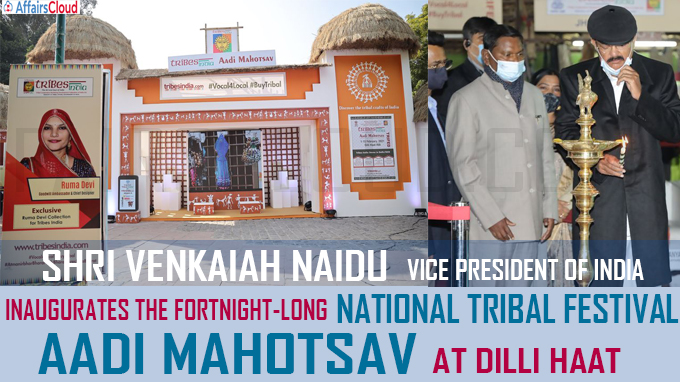 On February 1, 2021, Vice President (VP) of India inaugurated the National Tribal Festival ‘Aadi Mahotsav’ 2021 at Dilli Haat, New Delhi. The festival will be held from February 1-15, 2021 will showcase Tribal art, crafts, medicine, cuisine & folk performances from Tribal Artists and chefs from more than 20 states of the country.

Background:
i.Aadi Mahotsav has been organized annually since 2017.

Barbara Pompili, French Minister for Ecological Transition made a 5-day Visit to India from January 28-February 1, 2021. During the visit several key initiatives were signed & discussed between the two countries for boosting the Indo-French cooperation in sustainable development such as sustainable development, renewable energy, Biodiversity Conservation, Smart cities & plastic waste management. They are 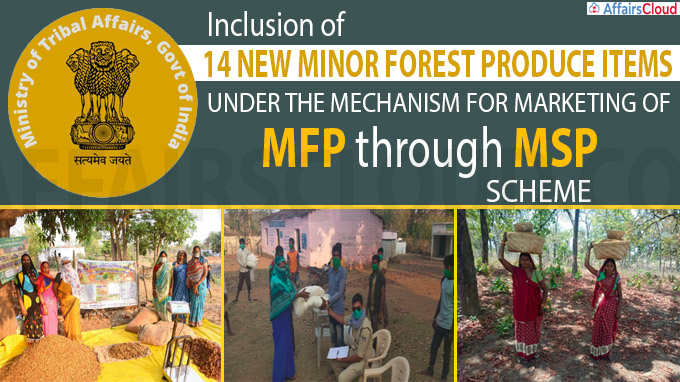 The Ministry of Tribal Affairs has included 14 additional Minor Forest Produce (MFP) items under the Minimum Support Price (MSP) Scheme to ensure that Tribal Gatherers get fair prices for their Forest Produces.

i.The Central Government introduced MSP for certain products of MFP through the ‘Mechanism for Marketing of MFP’ scheme in 2011.

ii.In the times of Pandemic, this has further helped in improving the livelihoods of disadvantaged tribes across the country.
About Ministry of Tribal Affairs:
Union Minister – Arjun Munda
Minister of State (MoS) – Renuka Singh Saruta
<<Read Full News>> On 1st February 2021, the fourth Foreign Office Consultation was held between India and Qatar over a virtual platform.
Sanjay Bhattacharyya, Secretary (Consular, Passport and Visa and OIA), Ministry of External Affairs(MEA), India led the Indian side and Dr. Ahmad Hassen Al-Hammadi, Secretary General, Ministry of Foreign Affairs, Qatar, led the Qatari side.
Discussions during the 4th Foreign Office Consultations:
i.This 4th Foreign Office Consultations provided an opportunity to review the complete scope of the bilateral relations, including political, energy, trade, investments, Defence, food security, health security, science and technology, consular, community and cultural issues.
ii.Both India and Qatar reiterated their commitment to cooperate and work in the above areas and discussed new areas of cooperation.
iii.Both the sides exchanged their views on the issues of mutual interest at regional and multilateral levels and cooperation at UN and other international fora.
iv.India and Qatar have agreed to hold the first Joint Commission Meeting at Foreign Minister Level.
About Qatar:
Prime Minister– Khalid bin Khalifa bin Abdulaziz Al Thani
Capital– Doha
Currency– Qatari Riyal 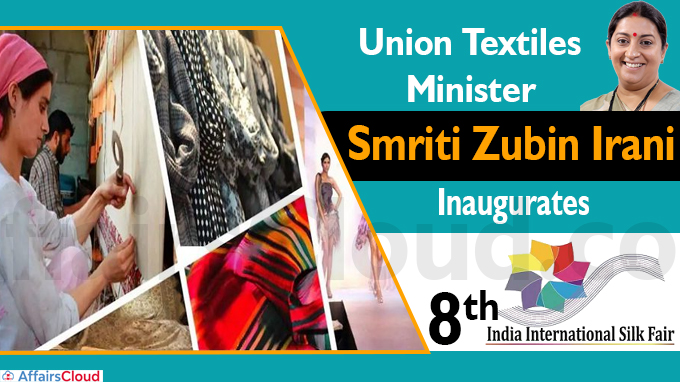 On January 31,2021 United States (US) based Startup bluShift Aerospace launched ‘Stardust 1.0’ from Loring Commerce Centre in Maine, US. It is the World’s 1st Commercial Rocket launch powered by Biofuel.

i.Stardust 1.0 is a launch vehicle which is capable of launching tiny nanosatellites. 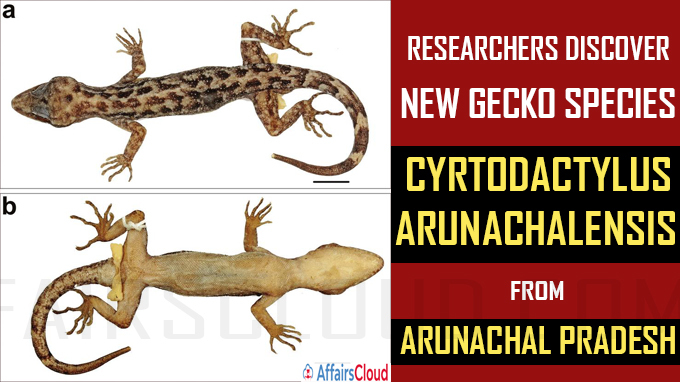 A team of researchers from 5 institutes discovered a new species of gecko in Arunachal Pradesh. The species is named “Cyrtodactylus arunachalensis” after Arunachal Pradesh, the state in which it was discovered.
The paper on the newly discovered Gecko was published in “Evolutionary Systematics”, an international peer reviewed journal.
Cyrtodactylus arunachalensis:
i.The Cyrtodactylus arunachalensis belongs to the genus Cyrtodactylus, commonly known as bent-toed geckos.
ii.These geckos are nocturnal (active in the night and sleep at day)
iii.They are found in rocky areas under culverts.
iv.The appearance of these groups are similar, therefore close observation is required to differentiate the species, even comparison of DNA sequence is a must to confirm identification.
Importance of the discovery:
i.This is the 4th new reptile species discovered by the team during their expedition in Arunachal Pradesh from June to August 2019 with an aim to study the undocumented biodiversity of the state.
ii.The discovery of the new species of lizard proves the rich biodiversity of the state which is yet to be documented.
Note:
The other species discovered by the team includes, Trimeresurus salazar a Pit Viper species, named after the character Salazar Slytherin from Harry Potter and Trachischium apteii, named after Deepak Apte, well-known marine biologist and Director of the BNHS. 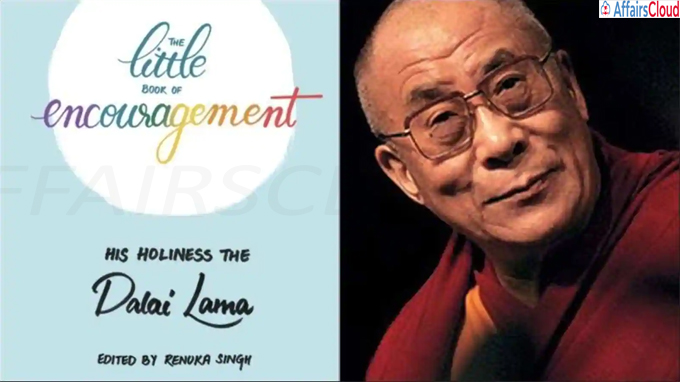 His Holiness The 14th Dalai Lama authored a new book titled “The Little Book of Encouragement”. The book edited by Renuka Singh is published by Penguin Random House is set to be released.
About the book:
i.The book is a compilation of Dalai Lama’s quotes and ideas to deal with the new realities of the post pandemic world along with how to combat rising extremism, polarity and climate change and his views on Tibet.
ii.The book also promotes human values, talks about the key to happiness and comments on Sino-India ties.
About Dalai Lama:
i.The Dalai Lamas are believed by Tibetan Buddhists to be manifestations of Avalokiteshvara or Chenrezig, the Bodhisattva of Compassion and the patron saint of Tibet.
ii.He was Born as Lhamo Thondup on 6th July 1935 and was officially installed as the 14th Dalai Lama in 1940 and renamed as Jetsun Jamphel Ngawang Lobsang Yeshe Tenzin Gyatso (Tenzin Gyatso).
iii.He received the Nobel Peace Prize in 1989 for his campaign of over 40 years to end the domination of China in his homeland.
Books:
He has authored numerous books which include, Inner World, The Seed of Compassion: Lessons from the Life and Teachings of His Holiness the Dalai Lama, The Life of My Teacher: A Biography of Kyabjé Ling Rinpoché and Happiness. 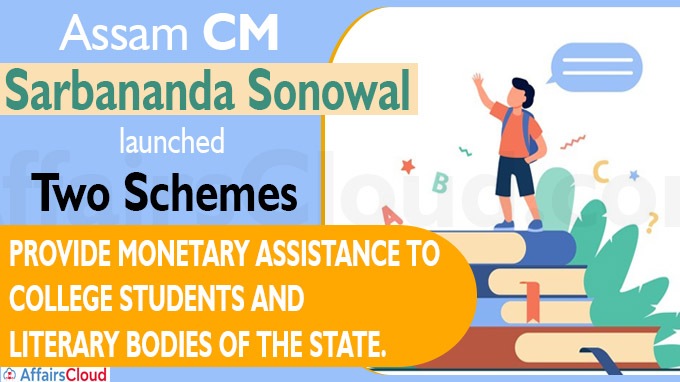 ii.‘Bhasha Gourab’ – Under the scheme, the State Government will provide 21 Sahitya Sabha’s (Literary bodies) around INR 43 crore as a contribution towards their capital funds.