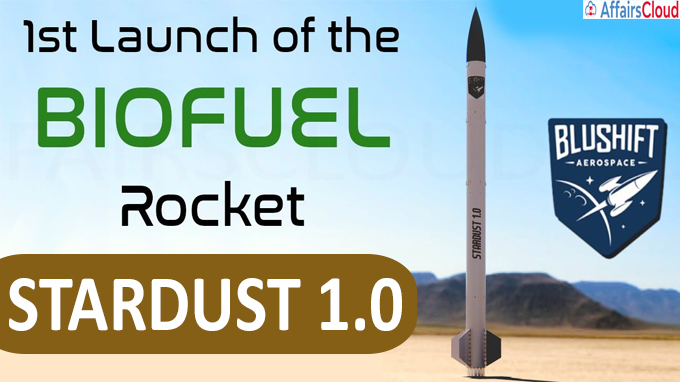 On January 31,2021 United States (US) based Startup bluShift Aerospace launched ‘Stardust 1.0’ from Loring Commerce Centre in Maine, US. It is the World’s 1st Commercial Rocket launch powered by Biofuel.

i.Stardust 1.0 is a launch vehicle which is capable of launching tiny nanosatellites.

ii.During the launch, the rocket carried 3 payloads. They are

iv.Other rockets being developed by the company include Stardust Gen. 2, Starless Rouge and Red Dwarf, which is a low-Earth orbit (LEO) vehicle and is designed to fly a maximum payload of 30 kg.

Biofuels are obtained from Biomass which can be converted into Liquid Fuels and used as transportation fuels.