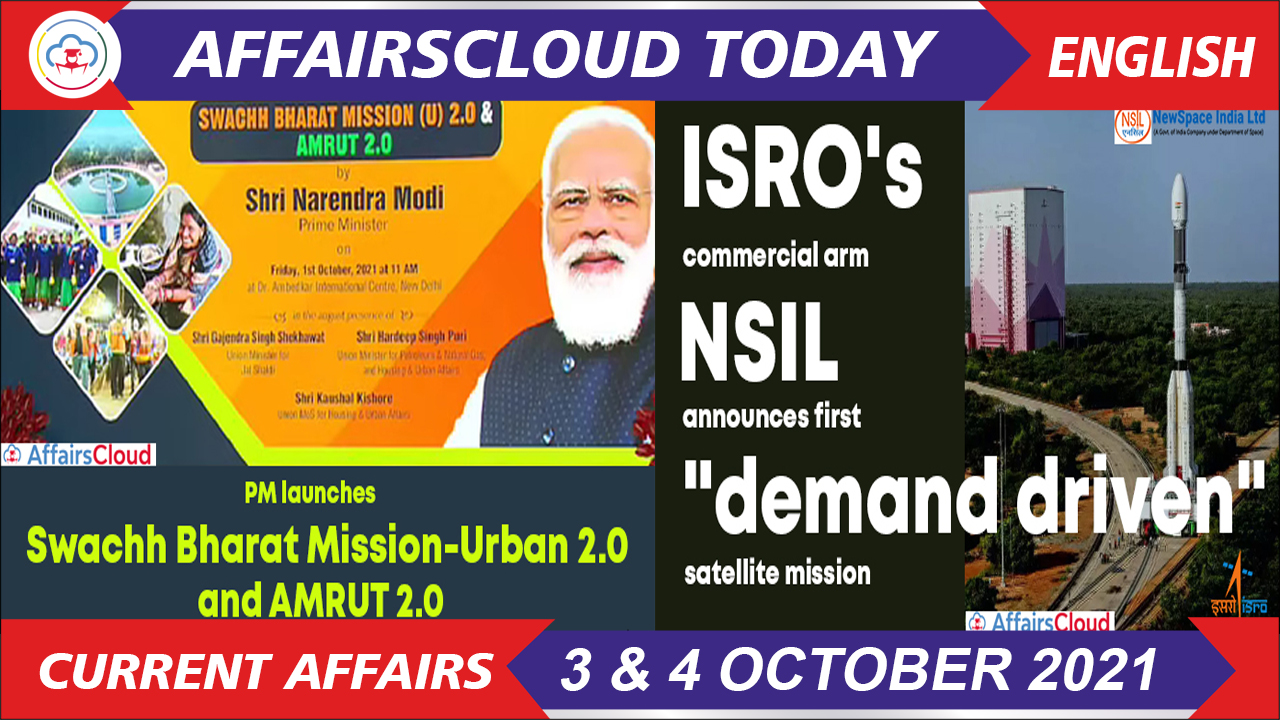 We are here for you to provide the important Recent and Latest Current Affairs 3 & 4 October 2021, which have unique updates of Latest Current Affairs 2021 events from all newspapers such as The Hindu, The Economic Times, PIB, Times of India, PTI, Indian Express, Business Standard and all Government official websites. On October 01, 2021, Prime Minister (PM) Narendra Modi launched the second phase of Swachh Bharat Mission-Urban (SBM-U 2.0) and the Atal Mission for Rejuvenation and Urban Transformation 2.0 (AMRUT 2.0).
Key Points:
i.SBM-U 2.0: The SBM-U 2.0 aims to make cities completely ‘free of garbage’ and ensure grey and black water management in all cities other than those covered under AMRUT. The outlay of SBM-U 2.0 is around Rs 1.41 lakh crore.
ii.AMRUT 2.0: It intends to improve sewage and septic management, making the cities into water safe cities and ensuring that no sewage drains anywhere in rivers. It will benefit more than 10.5 crore people in urban areas and the outlay of AMRUT 2.0 is around Rs 2.87 lakh crore.
iii.Enhanced Allocation for Urban Development Ministry:
In the preceding 7 years before 2014, around Rs 1.25 lakh crore was allocated for the Ministry, while in 7 years after 2014 around Rs 4 lakh crore were allocated for the Ministry.
About Ministry of Housing and Urban Affairs (MoHUA):
Union Minister – Hardeep Singh Puri (Constituency – Uttar Pradesh)
Ministry of State – Kaushal Kishore (Constituency – Mohanlalganj, Uttar Pradesh)
>>Read Full News 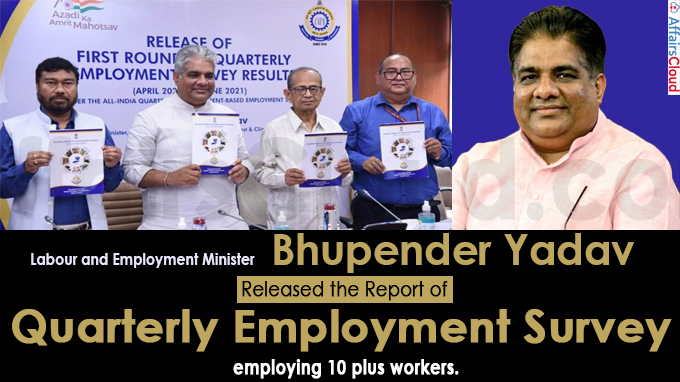 Key Points:
i.The estimated total employment in the 9 selected sectors from the first round of QES is 3 crores and 8 lakhs approximately as compared to total of 2 crores and 37 lakhs in the 6th  Economic Census (2013-14). This represents a growth rate of 29%.
ii.Of the total employment estimated in the selected nine sectors, Manufacturing accounts for nearly 41% followed by Education with 22%, Health 8%, Trade and IT/BPO by 7% each.
iii.The maximum growth of 152% was recorded in the IT/BPO sector.
iv.The over-all participation of female workers stood at 29% against 31% reported during 6th EC.
v.Around 18% of the establishments have provision of on-job skill training programmes.
Componentss of AQEES:
There are two components under AQEES, Quarterly Employment Survey (QES) and Area Frame Establishment Survey (AFES).

About State Nutrition Profiles
i.They give insights on nutrition outcomes, immediate and underlying determinants and interventions based on National Family Health Survey (NFHS)-rounds 3, 4 and 5.
ii.They include a comprehensive compilation of crucial data that can positively affect policy decisions and facilitate research in the area.
iii.They show the performance of the districts by analysing the trend in wasting, stunting, anemia, underweight and overweight and NCDs (Diabetes and High blood pressure).
iv.Each SNP has incorporated key takeaways for children, women and men and identifies areas where the state has the potential to improve.
About NITI Aayog
It stands for National Institution for Transforming India Aayog
Formed: 1 January 2015
CEO: Amitabh Kant 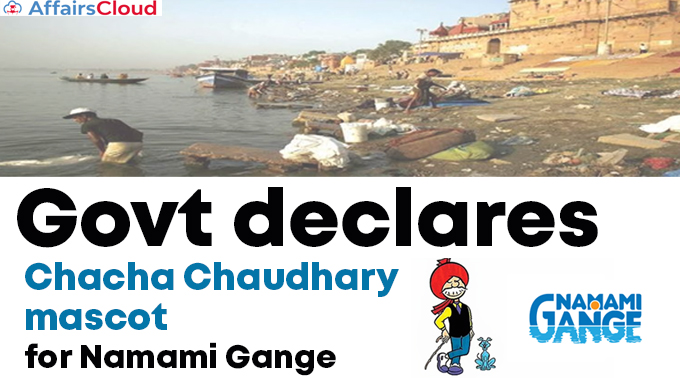 The Union government unveils Chacha Chaudhary, a popular comic book character, as a mascot for ‘Namami Gange Programme’, for sensitising children and youths about the cleaning of Ganga and other rivers during the 37th executive committee meeting of the National Mission for Clean Ganga (NMCG) which was chaired by Director General Rajiv Ranjan Mishra.

Chacha Choudhary
i.Chacha Chaudhary character was created by cartoonist Pran Kumar Sharma in 1971 for the Hindi magazine Lotpot.
ii.It has also been made into a television series with Raghubir Yadav playing the role of Chacha Chaudhary.
iii.This character was inspired from philosopher Chanakya and elders people of every village who resides to help and solve problems by their elderly experience.
About NMCG
It stands for National Mission for Clean Ganga
Director General: Rajiv Ranjan Mishra
Established: 2th August 2011
About Namami Gange Programme
It is an Integrated Conservation Mission to accomplish the twin objectives of effective abatement of pollution, conservation and rejuvenation of National River Ganga.
Launched: June 2014

U GRO Capital has signed a co-lending agreement with the IDBI (Industrial Development Bank of India) Bank to provide credit support to MSMEs (Micro Small Medium Enterprises) at affordable interest rates.
The agreement will provide digital support of U GRO Capital’s platform driven by a Data Tripod– which consist of GST(Good and Services tax), banking and bureau.
Key points
i.U GRO Capital is developing  its GRO – Xstream platform, which combines banks on one side and with fintechs, payments platforms, NBFCs (Non Banking Financial Companies), NeoBanks, market places and other digital platforms on the other.
ii.The IDBI Bank would be co-lending through this platform with the loans originated by  U GRO Capital’s distribution network in the initial stage. Later it will give access to multiple other fintechs and NBFCs who through this Integrated get access to capital.
About IDBI Bank (Industrial Development Bank of India )
MD & CEO– Rakesh Sharma
Headquarters– Mumbai, Maharashtra
Established– 1964
About U GRO Capital
Established– 1993
Headquarters– Mumbai, Maharashtra
Executive Chairman and Managing Director- Shachindra Nath About Acuité Ratings & Research:
It is a service credit rating agency with registration from SEBI (Securities And Exchange Board of India) and the accreditation from Reserve bank of India (RBI).
Headquarters – Mumbai, Maharashtra
Group CEO & Executive Director – Sankar Chakraborti 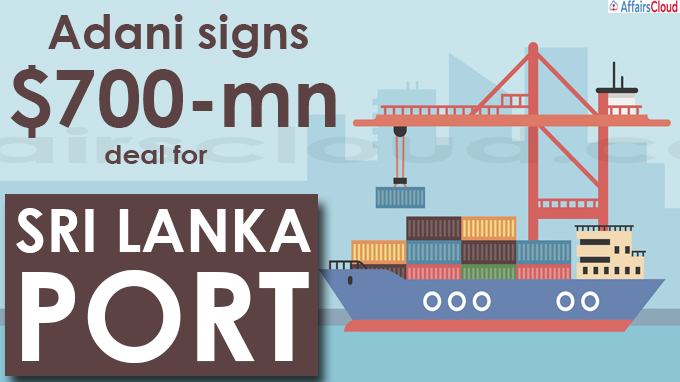 Key Points:
i.WCT is located near the USD 500 Million Chinese container Jetty at the Colombo International Container Terminal (CICT).
ii.The new container jetty will be 1.4 kilometres long with a depth of 20 metres and an annual handling capacity of 3.2 million containers.
iii.Phase 1 of the project with a 600-metre terminal is scheduled to be completed in 2 years and the overall terminal will be handed to Sri Lanka in 35 years.
iv.The WCT proposal came after Sri Lanka decided to withdraw the prior Memorandum of Understanding (MoU) signed in 2019 with India and Japan on the Eastern Container Terminal (ECT).
Note – Adani Ports and Special Economic Zone (APSEZ) Limited is the largest developer and operator company in India which holds 24 percent of the overall port capacity in India.
About Sri Lanka:
Capital – Colombo, Sri Jayawardenepura Kotte
President – Gotabaya Rajapaksa
Currency – Sri Lankan Rupee The government of Uttar Pradesh (UP)  appointed Indian actor Kangana Ranaut as the brand ambassador of its ” one district-one product” programme (ODOP).
The ODOP aims to create product-specific traditional industrial hubs across 75 districts of the state. It facilitates development of ingenious and specialized products and crafts of UP that are not found anywhere else.
About ODOP (one district-one product) programme
About the Scheme:
i.First started by the UP government.ODOP is aimed at giving a major push to traditional industries with the respective districts of the state.
ii.The objective of the ODOP is to optimise production, productivity and income, preservation and development of local crafts, promotion of art, improvement in product quality and skill development.
iii.Under the initial phase of the ODOP programme, 106 Products have been identified from 103 districts across 27 States.
iv.State Export Promotion Committee (SPEC) and District Export Promotion Committee (DEPC) have been constituted in all states and districts of India, except districts of the state of West Bengal.
Present status-
The ODOP programme covers products of agriculture and allied sectors for almost 728 districts of the country.
Products-
The products have been identified from agricultural, horticultural, animal, poultry, milk, fisheries, aquaculture, marine sectors across the country. 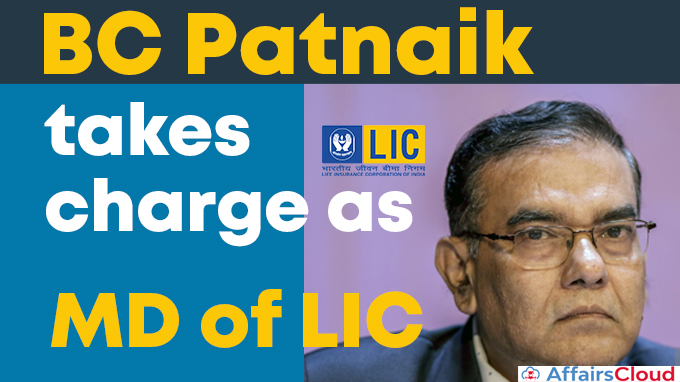 The Union government appoints BC Patnaik Managing Director of Life Insurance Corporation of India (LIC) on October 1, 2021, by notification dated July 5, 2021.Currently, LIC has one chairman and four Managing Directors.

About LIC
It stands for Life Insurance Corporation of India.
It is an Indian statutory insurance and investment corporation.
Chairperson: M R Kumar
Headquarters: Mumbai 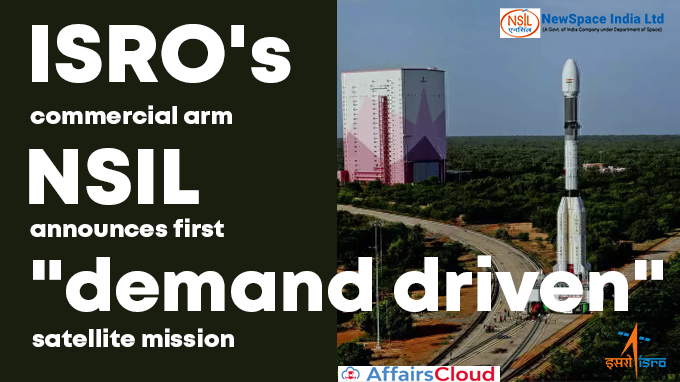 Ranjit Rae, former Indian ambassador to Nepal, has authored his first book titled ‘Kathmandu Dilemma: Resetting India-Nepal Ties’ which portrays the relations between India and Nepal from the perspective of India.
The book is published by Vintage Books, under Penguin Random House.
About the book:
i.The book features a range of bilateral issues in the 21st century including the political mainstreaming of Maoists, 2020 Kalapani territorial dispute, among others.
ii.The book includes the personnel anecdotes of Ranjit Rae, examines the issues that are preventing the nations to exploits their full potential.
About Ranjit Rae:
i.Ranjit Rae, an Indian Foreign Service(IFS) officer of the 1980 batch, served in the Ministry of External Affairs as the joint secretary, Northern Division dealing with Nepal and Bhutan between 2002 and 2006.
ii.He was one of the architects of the 12-point agreement signed in 2005 between the seven-party Alliance of Nepal and the CPN (Maoist).
iii.He was on deputation to the United Nations Mission in Kosovo and the Department of Peace Keeping Operations of the United Nations in New York. 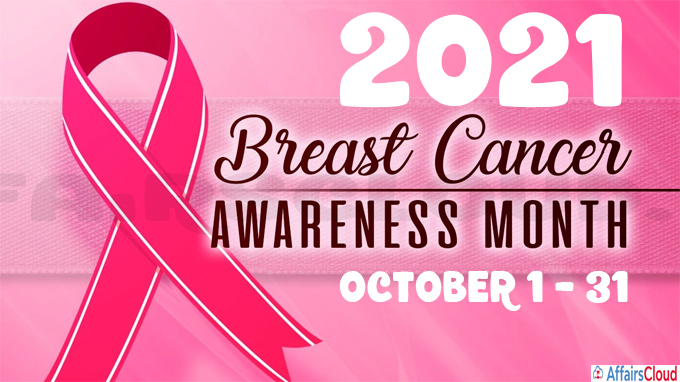 Breast Cancer Awareness Month is annually observed during the month of October (from 1st to 31st  October) to create awareness about breast cancer and to highlight the importance of early detection of treatment of Breast cancer. 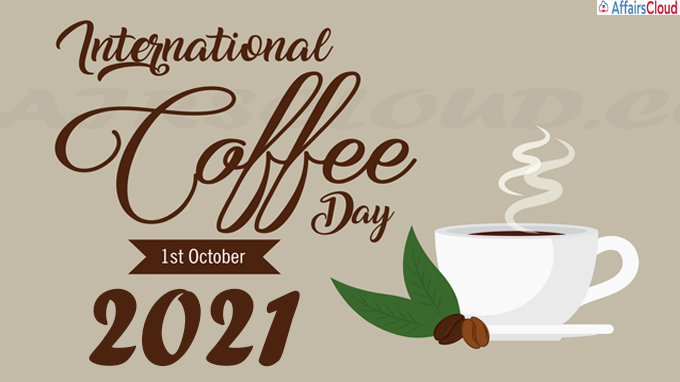 Rebecca Vanessa Suchiang, IAS officer of the 1989 batch of Assam-Meghalaya cadre, became the first Khasi woman to be appointed to the post of Chief Secretary(CS) of the government of Meghalaya. She took charge as the CS of Meghalaya on 30th September 2021 succeeding M S Rao, who retired on 30th September.