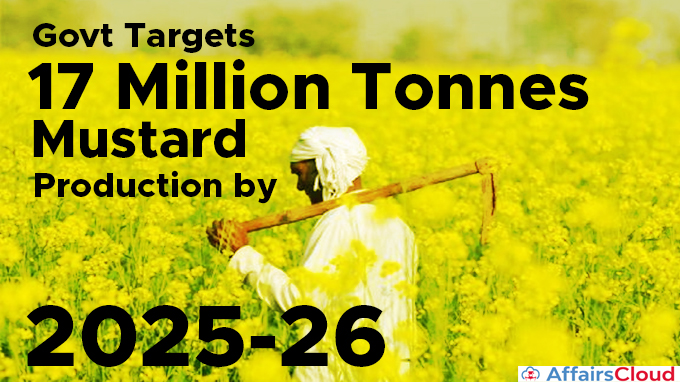 Indian Government is planning to bring around 9 million hectares of land under Mustard Cultivation & raise Mustard production capacity to around 17 Million Tonnes  (mt) by 2025-26 in India.

Key Points
i.Target areas in 2021 – 368 districts in 13 states (same areas as in 2020).
ii.Through Interventions like identification of Rice fallow areas & Intercropping, the area under mustard cultivation will be increased to an additional 4 lakh hectares.
Self-Sufficiency in Oil Seeds
India is one of the major oilseeds growers and importer of edible oils. It is aiming to become self-sufficient in the case of oilseeds as it imports around 70% of its edible oil needs. Indian Institute of Technology, Guwahati, (IIT-G) have signed a Memorandum of Understanding (MoU) with the North East Frontier Railway (NFR) to collaborate on research projects aiming at improving maintenance and operations of train running in the region and other fields.
Highlights:
i.To make stations plastic-free IIT-G will be providing alternate biodegradable polymer-based technologies to NFR.
ii.It also aims to develop world class railway stations in the areas under the NFR.
iii.Apart from this IIT-G will also provide cutting edge technical know-how and training support in multi-facet areas to fulfil the requirements of theNFR.
About North East Frontier Railway (NFR):
The NFR is one of the 17 railway zones of the Indian Railways and is responsible for the operation and expansion of railway networks across Northeastern states and some districts of Bihar and West Bengal.
About IIT Guwahati:
Director:T.G.Sitharam
Location:Assam
>>Read Full News

Indian Army initiated the Ladakh Ignited Minds Project: A Centre of Excellence and Wellness in Ladakh 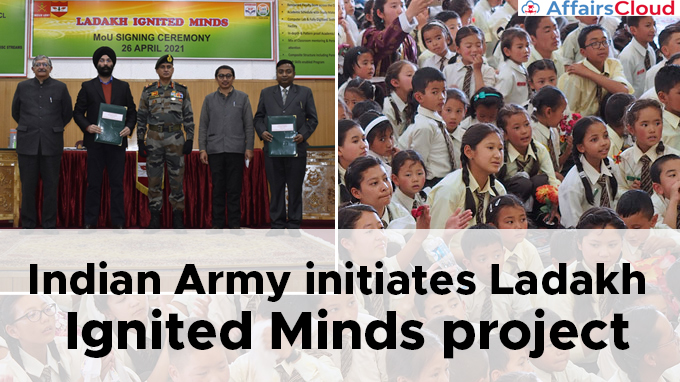 i.The Fire and Fury Corps of the Indian Army initiated the“Ladakh Ignited Minds Project: A Centre of Excellence and Wellness” in Ladakh, in association with the partner Hindustan Petroleum Corporation Limited (HPCL) and executing agency National Integrity and Educational Development Organization (NIEDO), a Kanpur based NGO.
ii.Objective: To provide better training facilities to disadvantaged Ladakhi students and provide them with the opportunity to study in better educational institutes.
iii.Under this initiative, the Fire and Fury Corps of the Indian Army will provide complete training for the youths in Ladakh with the support of HPCL and NIEDO.
iv.On 26th April 2021, The Fire and Fury Corps on behalf of Indian Army signed a number of Memorandum of Understanding(MoU) with the HPCL and NIEDO in Leh.
About Hindustan Petroleum Corporation Limited (HPCL):
About Chairman & Managing Director– Mukesh Kumar Surana
Headquarters– Mumbai, Maharashtra
>>Read Full News The World Health Organisation(WHO) unveiled the Global Immunization Strategy led by the United Nations(UN) to reach around 50 million children who missed their vaccination against measles, yellow fever and diphtheria.

Aim:
To achieve 90% coverage for essential vaccines given in childhood and adolescence by 2030.
Effects of COVID-19 pandemic on Vaccination:
i.According to the WHO’s survey around one-third of the countries experience disruption in their routine immunisation services.
ii.More than 60 mass vaccination campaigns across 50 counties were postponed which puts around 228 million people at the risk of diseases like measles and polio. According to the report ‘Trends in World Military Expenditure, 2020’ released by Stockholm International Peace Research Institute (SIPRI), India with a Military Expenditure of  USD 72.9 Billion in 2020 (3.7% of Global Share) was ranked as the 3rd Highest Military Spender in 2020.

Feature of the Wealth community: 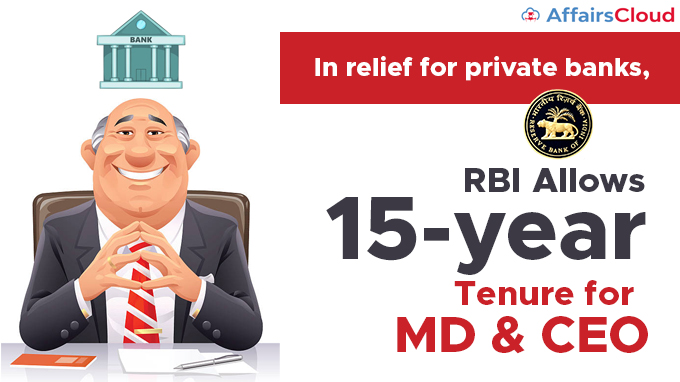 i.The 93rd Academy Awards, also known as the Oscar 2021 was presented at the ceremony held at Union Station Los Angeles and the Dolby Theatre at Hollywood & Highland Center in Hollywood. The hostless ceremony was opened by Regina King.
ii.The nominations of the Oscar 2021 were announced by Priyanka Chopra and Nick Jonas in March 2021.
iii.The Academy Awards is annually presented by the Academy of Motion Picture Arts and Sciences.
iv.Chloé Zhao is the 2nd woman to win the award Best Director since the award was instituted.
v.Welsh actor, director and film producer Sir Anthony Hopkins (83 years old) won the award for the Best Actor for his performance in the film “The Father”. The award was presented by Joaquin Phoenix.
vi.American actress and producer Frances McDormandwon the Best Actress award for her performance in the film “Nomadland”.
About Academy of Motion Picture Arts and Sciences:
President– David Rubin
CEO– Dawn Hudson
Headquarters– California, United States
Founded in 1927
>>Read Full News The government of India has appointed Ajay Seth, the Economic Affairs Secretary in the Ministry of Finance as the non-official director of the Central Board of Reserve Bank of India(RBI).He succeeds Tarun Bajaj, who was appointed as revenue secretary.

About the Central Board of Directors:

Classification over the directors: The Japanese sports brand ASICS has appointed Indian cricketer RavindraJadeja as its brand ambassador. He is the all-rounder of the Indian cricket team and Chennai Super Kings(CSK). ASICS focuses on the sporting gear for the running category.

Note:
Bollywood Actor Tiger Shroff is also the brand ambassador of the japan based ASICS.
About Ravindra Jadeja:
i.RavindraJadeja (32 years old) took more than 425 wickets and score around 4000 runs during the International Cricket matches.
ii.He led the Indian cricket team as the Vice-Captain during the 2008 Under 19 Cricket World Cup.
About ASICS:
Chairman and CEO– Motoi Oyama
Headquarters– Kobe, Japan
Founded in– 1949 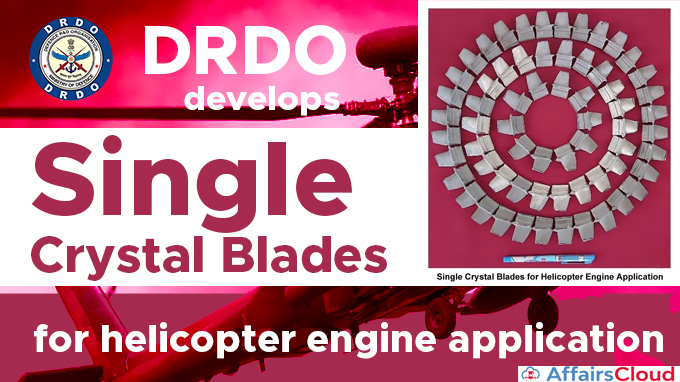 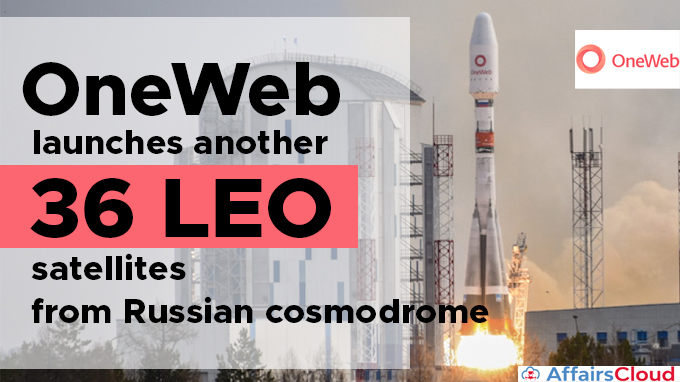 The 36 satellites of OneWeb, a Low Earth Orbit (LEO) satellite communications operator were launched into orbit by a Arianespace Soyuz Rocket from Vostochny Cosmodrome in Russia. 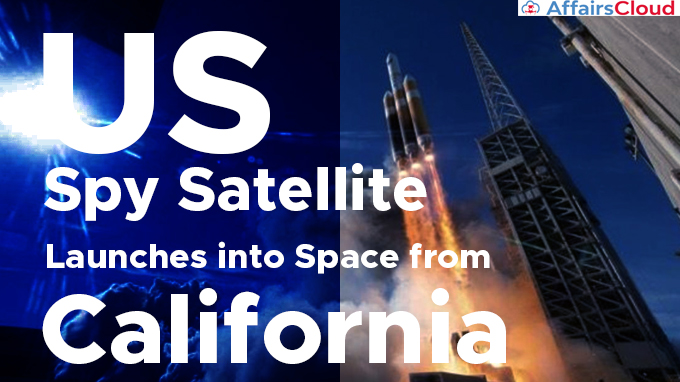 Additional info:
i.ULA is planning to retire the launcher – Delta IV Heavy before the launch of the next-generation vehicle – The Vulcan Centaur in 2021.
ii.ULA launched 6 times in 2020 which includes the launch of the Mars Perseverance rover.
About ULA:
United Launch Alliance(ULA) is a joint venture between Lockheed Martin Corporation and Boeing Company that provides launch vehicles to NASA.
President & CEO– Salvatore T. “Tory” Bruno
Headquarters– Denver, Colorado 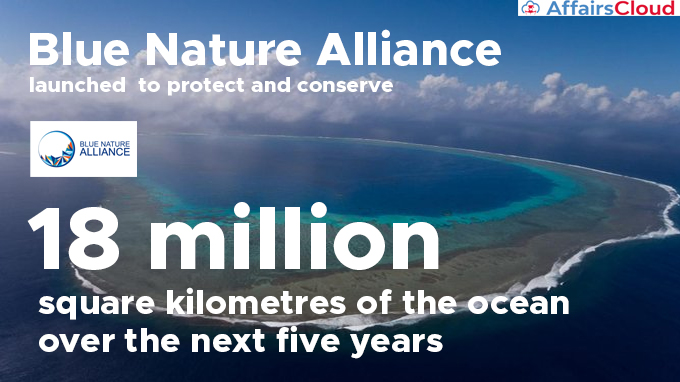 A New Global Partnership called ‘Blue Nature Alliance’ has been launched jointly by several Philanthropic Organizations across the world to protect 18 Million Square kilometres of the ocean (5% of the World’s Ocean) over the next 5 years. On 26th April 2021,noted Hindi writer and Padma Shri awardee Manzoor Ahthesham passed away at the age of 73.He was born on 3rd April 1948 in Bhopal,Madhya Pradesh.
About Manzoor Ahthesham:
i.Manzoor Ahthesham was honoured by the Government of India in 2003 with Padma Shri, the fourth highest Indian civilian award.
ii.He has also won many awards including,

Note:
It has to be noted that his first story was “Ramzan Mein Ek Maut” since he died in the month of Ramadan Australian Swimmer and Olympic gold medalist John Konrads passed away at the age of 78 in Sydney, Australia. He was born in Riga, Latvia in 1942.
About John Konards:
i.JohnKonard was selected to the Australian swim team during the 1956 Olympics in Melbourne, he attended the game as a reserve.
ii.He won the 1500 meter freestyle gold and 2 bronze medals at the 1960 Summer Olympics held in Rome.
iii.He won 3 gold medals for Australia at the British Empire and Commonwealth Games in Cardiff, Wales in 1958.
Record and Honours:
i.Before the age of 15, he set the world record in 26 individual freestyle swimming events between 200m and 1500m events.
ii.He won all the Australian freestyle titles in 1959.
iii.He was inducted into the Sports Australia Hall of Fame in 1985.

Mewalal Chaudhry Former Education minister of Bihar passed away at 68

Mewalal Chaudhry, Member of Legislative assembly(MLA) and the former Education Minister of Bihar passed away at the age of 68 due to COVID-19 in Patna, Bihar.
He is a member of the Janata Dal (United) Party.  He was born on 4th January 1953 in Munger, Bihar. 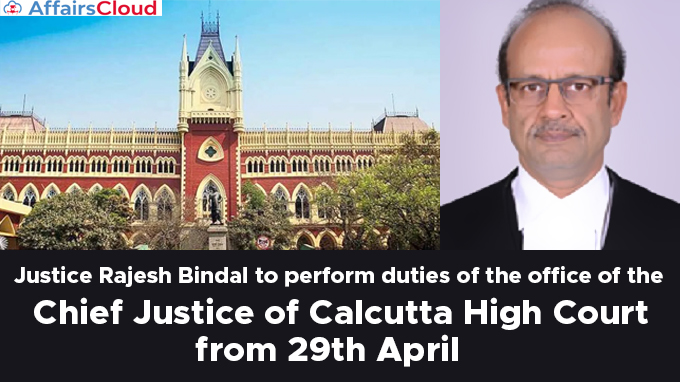 About Justice Rajesh Bindal:
i.Justice Rajesh Bindal enrolled as an Advocate on September 14, 1985 and practised in the Punjab and Haryana High Court and Central Administrative Tribunal, in Taxation, Constitutional, Civil and Service cases.
ii.He was appointed as a Permanent Judge of the Punjab and Haryana High Court on March 22, 2006.
iii.Then he was appointed as Acting Chief Justice of the Common High Court for Union territory of Jammu and Kashmir and Union territory of Ladakh on 09.12.2020.
iv.Later he was transferred to Calcutta High Court on 05.01.2021.