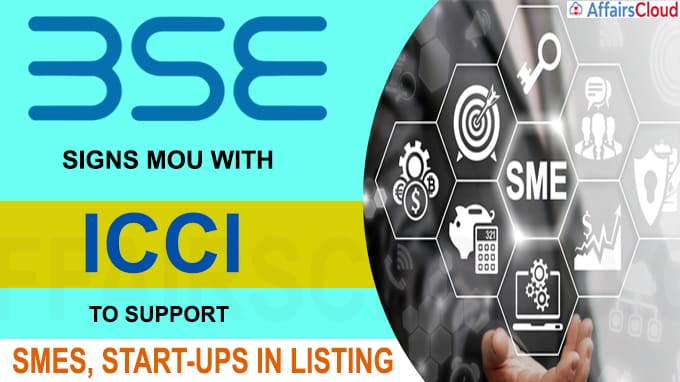 i.On 24th October 2020, BSE signed a Memorandum of Understanding(MoU) with Inventivepreneur Chamber of Commerce & Industries (ICCI) to support Small and Medium Enterprises(SMEs) and start-ups & promote their listing on the exchange.
ii.BSE aims to give adequate exposure on the benefits of listing on exchange to SMEs and startups through ICCI.
iii.ICCI will support in evaluating the SMEs and startups for listing on BSE SME board.
About BSE:
MD & CEO– Ashishkumar Chauhan
Headquarters– Mumbai, Maharashtra
<<Read Full News>> 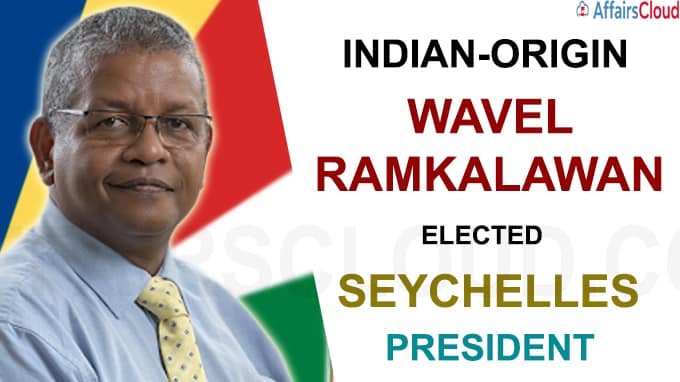 i.On October 25, 2020, India origin Wavel Ramkalawan, of the opposition Linyon Demokratik Seselwa (LDS) has been elected as the President of Seychelles by defeating incumbent Danny Faure of United Seychelles party. His great grandfather was an indentured labourer from Bihar.
ii.It should be noted that since 1977 it was for the first time that Seychelles got a leader from opposition party.
iii.Seychelles also elected an Indian-origin candidate, Sathya Naidu, to parliament.
iv.Ramkalawan captured 54.9% of the vote while Danny Faure got 43.5% in the vote.
About Seychelles:
Capital– Victoria
Currency– Seychellois Rupee
<<Read Full News>> Alpha Condé Won 3rd Term as the President of Guinea Alpha Condé (82 years old), the incumbent president of Guinea and leader of  Rally of the Guinean People (Rassemblement du Peuple Guinéen – RPG)  party won the 3rd term as the President of Guinea by winning the 2020 presidential elections held on 18th October. He won the election against Cellou Dalein Diallo with 59.49 % votes. Diallo got 33.5% votes in the election.
Winning the 2020 elections,
Alpha Condé is set to govern the country for the next 6 years.
Alpha Condé:
i.Alpha Condé was a former opposition activist who spent around 10 years in exile.
ii.In 2010, he became the country’s first democratically elected president since independence and he was re-elected in 2015.
iii.The Approval of the new constitution in March 2020 allowed Alpha Condé to contest in the 2020 elections and bypass the 2 term limit for presidents.
iv.Condéwas supported by the members of Malike community and Guinea’s 3rd major ethnic group – the Soussous.
About Guinea:
Prime Minister– Ibrahima Kassory Fofana
Capital– Conakry
Currency– Guinean Franc 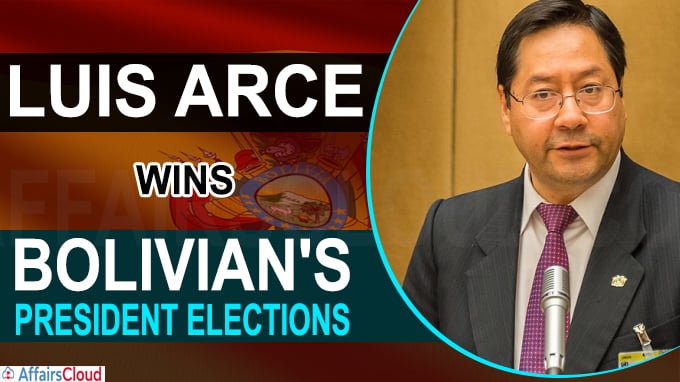 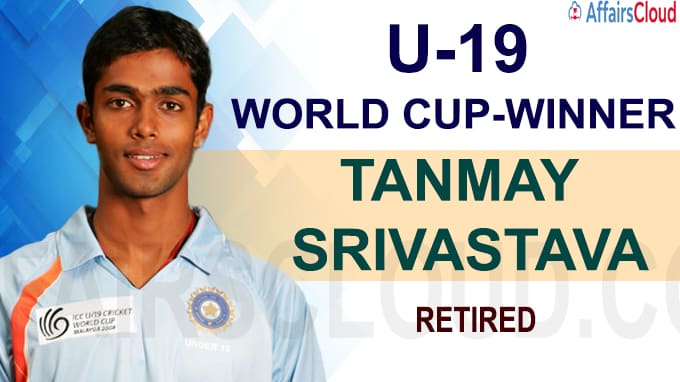 On October 24, 2020 Tanmay Manoj Srivastava, Uttar Pradesh batsman and who was part of India’s Under-19 World Cup winning team in 2008 announced his retirement from all forms of domestic cricket.
Currently, the top-order batsman will continue representing ONGC(Oil and Natural Gas Corporation), the company that gave him a sports-quota job as a teenager in 2007, in corporate tournaments.
About Tanmay Srivastava:
i.He represented India in under-15 at the age of 13. He captained the Under-19 team at the age of 16.
iii.At the age of 18, current Indian cricket captain Virat Kholi took over the captaincy of the Under-19 team. Under Virat Kholi, the Under-19 World Cup was won in 2008.
iv.He was the leading run-scorer with 262 runs in the World Cup and also played a key role in the final, scoring 43, which the Indian team had won.
v.He was part of the Uttar Pradesh team, when they made back-to-back Ranji Trophy finals from 2006 to 2008.
vi.He also played IPL( Indian Premier League), where he represented Kings XI Punjab, Deccan Chargers and the now-defunct Kochi Tuskers Kerala.
vii.Total Matches Played On 25th October 2020, Mahesh Kanodia former Member of Parliament(MP) and renowned Gujarati musician and singer passed away at the age of 83 at his residence in Gandhinagar, Gujarat due to prolonged illness. He was born on 27th January 1937 in Kanoda village, Mehsana district, Gujarat.
About Mahesh Kanodia:
i.Mahesh Kanodia was a music composer and singer, who performed together with his brother and Gujarati film superstar, Naresh Kanodia.
ii.The brothers were known as Mahesh-Naresh duo in Gujarati film industry.
Film Career:
i.He was the pioneer in introducing the concept of musical orchestra in India in 1947.
ii.He started his career as Music director in the gujarati
iii.He worked in films like ‘Jigar and Ami’, ‘Tanariri’, ‘Jog Sanjog’ and ‘Laju Lakhan’.
Political career:
Mahesh Kanodia represented the Patna Lok Sabha constituency in the parliament as a member of the Bharatiya Janata Party (BJP) for three terms between 1991 and 1999.
Awards:
He received the award for Best Music and Best Playback singer awards from the government of Gujarat for the films Jigar and Ami’, ‘Tanariri’, ‘Akhand Chudlo’ and ‘Laju Lakhan’ 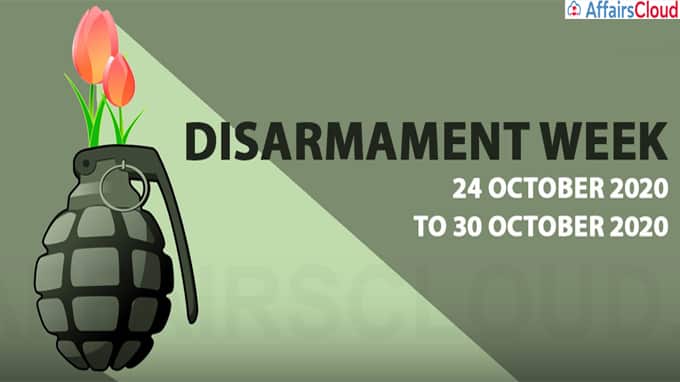 The United Nations (UN) Disarmament Week is held annually, which starts on the anniversary of the founding of the UN i.e. October 24 till October 30. This week highlights the danger of the arms and also promotes awareness and better understanding of disarmament issues to maintain international peace and security.

Key Observances:
–A virtual book “Navigating Disarmament Education: The Peace Boat Model, Civil Society and Disarmament 2020” will be launched during Disarmament Week to explore the various challenges and possibilities of disarmament education.
–On October 26, 2020, a special event was held to announce the winners of the #75Words4Disarmament Youth Challenge which was launched on International Youth Day (IYD) 2020 on August 12, 2020 to mark the 1st anniversary of the #Youth4Disarmament initiative. 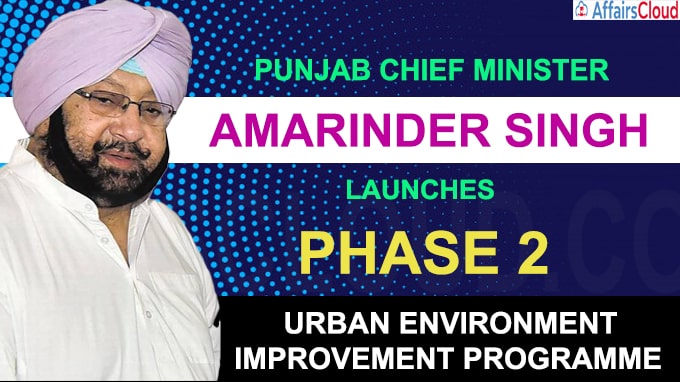 The Ayurveda Day is observed every year from 2016, on the day of Dhanwantri Jayanti. This year is the 5th Ayurveda Day, which falls on November 13, 2020. A webinar will be organised on the theme of ‘Ayurveda for Covid-19 Pandemic’ on the day. The Ministry of Ayush will organise various activities to mark the Day, with a special focus on concerns related to the present pandemic and how Ayurveda can help in immunity building in this context.

The State Government of Arunachal Pradesh has built a War Memorial at Bum La in Arunachal Pradesh. The memorial is a tribute to Joginder Singh  of 1st Battalion, Sikh Regiment, who received the Highest Gallantry Award ‘Param vir Chakra’ during 1962 Sino-India war. Indian Army organised the Inauguration ceremony of Joginder War Memorial at Bum La on October 23, coinciding the day on which the Battle of Tongpen La (Bum La) took place in 1962.