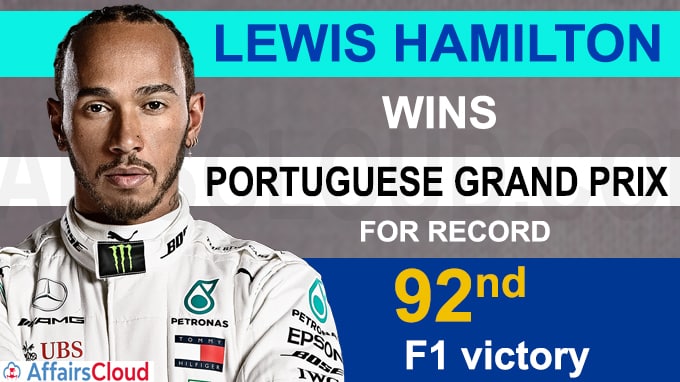 ii.Hamilton has moved one ahead of Schumacher’s all time record of 91 wins.

iii.This was the First Grand Prix at the Algarve circuit in 24 years.