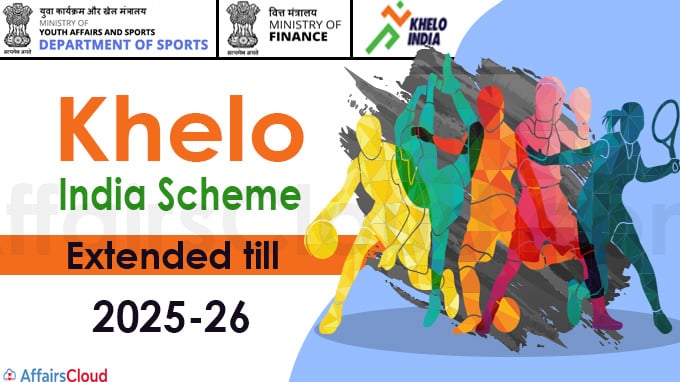 Ministry of Youth Affairs & Sports has decided to extend the Khelo India scheme from 2021-22 to 2025-26. The Ministry has furnished an Expenditure Finance Committee (EFC) memorandum to the Ministry of Finance for the extension of the scheme.

‘Khelo India-National Programme for Development of Sports’ was launched in October, 2017 with an aim to strengthen the entire sports ecosystem for promoting the twin objectives of mass participation & promotion of excellence in sports across India. According to the report by ‘India:Transforming to a net-zero emissions energy system’ released by TERI (The Energy & Resources Institute) & Shell (otherwise known as Royal Dutch Shell plc), the Net Zero emissions in energy system in India is achievable by 2050.Amitabh Kant, CEO, NITI Aayog released the report.

Factors needed to achieve the target 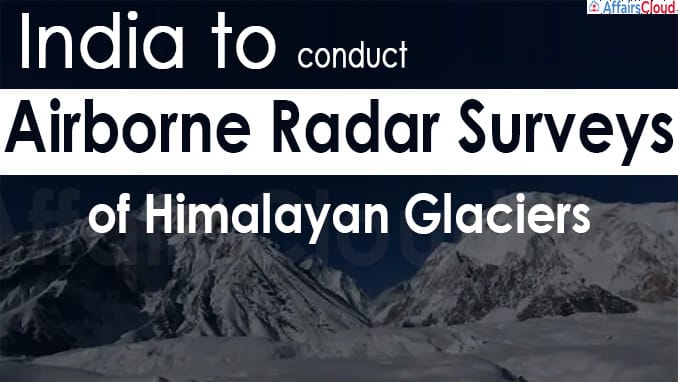 Indian govt. is planning to conduct airborne radar survey in the Himalayan region to estimate the thickness of Glaciers at Lahaul-Spiti basin of Himachal Pradesh. The pilot project will then be extended to Indus, Ganga & Brahmaputra sub-basins.
Technology used – Ground Penetration Radar (GPR), to assess the depth of Glacier.
Initiated by – National Centre for Polar & Ocean Research (NCPOR), Ministry of Earth Science.
Note- Currently, India is ranked as the 7th Most Vulnerable Country in the Global Climate Risk Index 2021. Objective of the pact:

Kind of collaborations with other Indian Institute of Technologies (IITs):

With active cooperation from the state government of Manipur, Van Dhan Vikas Yojana has been successfully implemented, turning Manipur into the Champion State for the scheme. Van Dhan Yojana was launched in October 2019 in Manipur, with the successful establishment of 100 Van Dhan Vikas Kendras in the state. This constitutes 1500 self-help groups for marketing & providing value-addition to the tribal, minor forest produces. 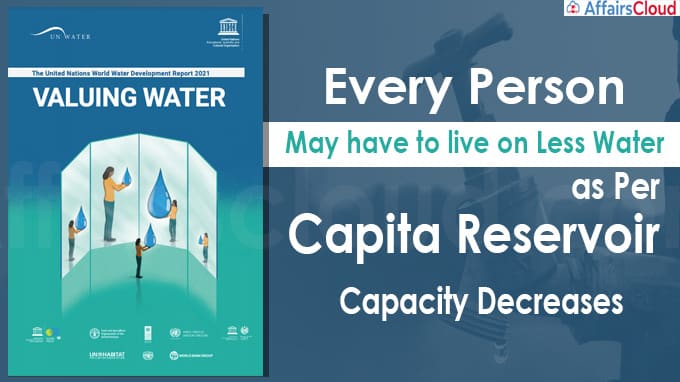 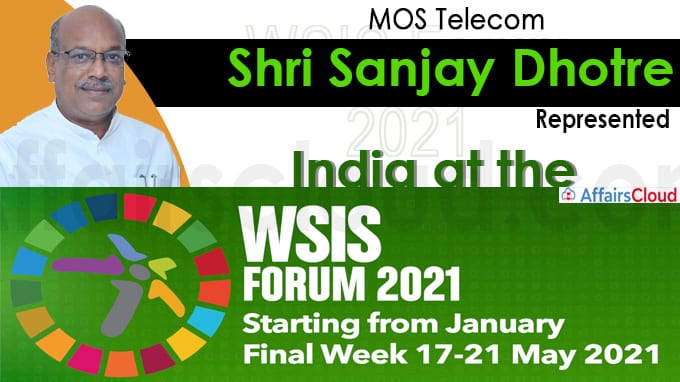 On March 22, 2021, Minister of State(MOS) for Communications, Shri Sanjay Dhotre represented India at the ‘World Summit on the Information Society (WSIS) Forum 2021’which is one of the world’s largest annual gatherings of the ‘ICT for development’ communities.
Key points addressed by Shri Sanjay Dhotre:
The Minister highlighted the policies and programs undertaken by his Ministry such as, On March 22, 2021, the Securities and Exchange Board of India (SEBI) amended the valuation rule of Perpetual Bonds (Additional Tier-1(AT-1) and Tier-2 Bonds), under the intervention of the Finance Ministry, to modify its recent framework on Perpetual Bonds. 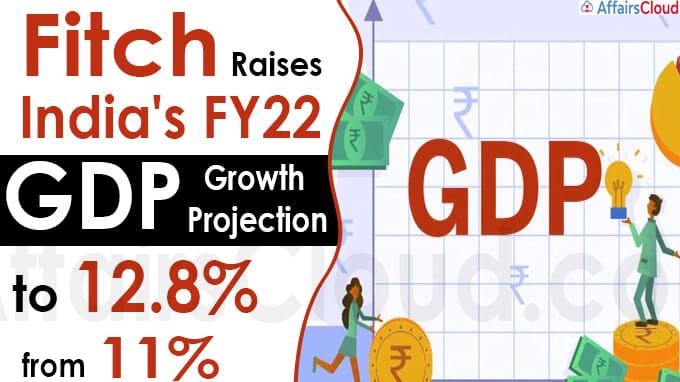 Fitch Ratings, an American credit rating agency in its latest Global Economic Outlook(GEO)-March 2021 has revised India’s Gross Domestic Product(GDP) growth estimate to 12.8% for FY22 from 11% due to the stronger carryover effect, and better virus containment.
India’s growth forecast by Fitch:

Overview of 67th National Film Awards for the year 2019 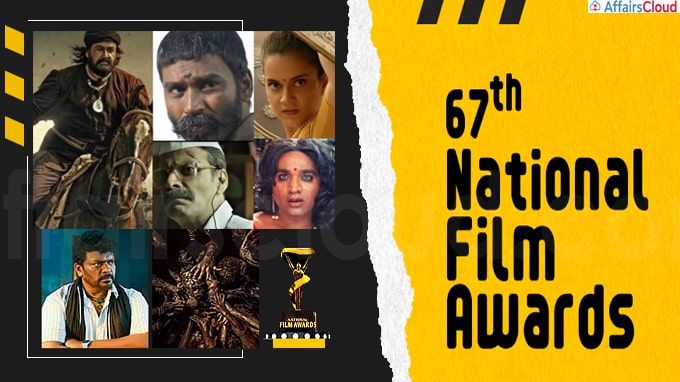 On March 22, 2021, the 67th edition of annual National Film Awards  was announced, it bestows honours on films and artists for the year 2019.
The National Film Awards are given out by the Directorate of Film Festivals, an organisation which comes under the Ministry of Information & Broadcasting.
i.The awards are categorised in three sections –

Center to Set Empowerment Committee for Manufacturing in High-tech Sectors Central Govt. of India has notified to set-up an Empowerment Committee to discuss and enhance manufacturing of products in High technology areas in India. The 10-member committee will be headed by the Minister of Commerce and Industry(Currently –  Piyush Goyal).The committee will be serviced by Department for Promotion of Industry and Internal Trade (DPIIT).
Motive- To facilitate investments and promote manufacturing in technology-intensive sectors including semiconductors.
10 Members Committee:
4-members from Government side
Cabinet Secretary – Rajiv Gauba, National Security Advisor – Rajinder Khanna, Secretary of the Department for Promotion of Industry and Internal Trade (DPIIT), additional secretary – Ministry of External Affairs.
6-members from various fields of Technological Expertise

Purpose of the Acquisition:

About Ports in India:

E-Tendering Portal ‘PRANIT’ was launched by Power Grid Corporation of India Limited (POWERGRID), a central PSU under the Ministry of Power. This e-portal was established to minimize the paperwork and ease of operation and expects the tendering process to become more transparent.
i.It has been certified by Standardisation, Testing and Quality Certification Directorate (STQC), Ministry of Electronics and Information Technology, Government of India.
ii. With this, POWERGRID becomes the only organization in India to have an eProcurement solution on SAP Supplier Relationship Management (SRM), complying with all applicable requirements relating to security and transparency as specified by STQC.
iii. POWERGRID is making a number of innovative developments within the SAP SRM framework to continue digitization.
About PowerGrid:-
It is an Indian central public sector unit and a Maharatna company owned by the Ministry of Power , Government of India.POWERGRID also operates a telecom business under the name POWERTEL.
Chairman & Managing Director – Shri Kandikuppa Sreekant
Headquarters – Gurgaon , Haryana
Established in -1989 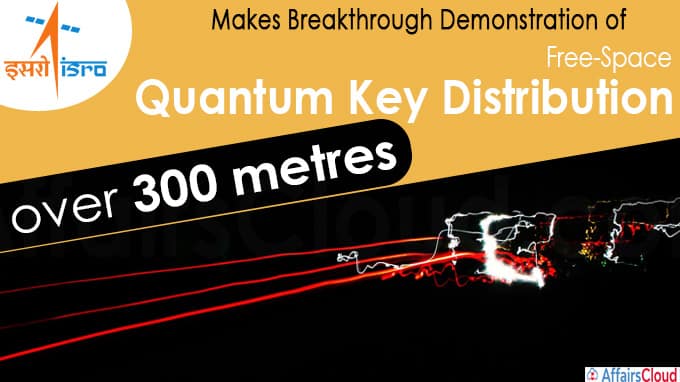 Russia Launches 38 Satellites from 18 countries into orbit on Soyuz-2.1a Rocket On March 22, 2021, Russian Space Agency (Roscosmos) launched 38 Satellites from 18 Countries into orbit onboard its Soyuz-2.1a Rocket. The rocket was launched from Baikonur Cosmodrome, Kazakhstan. 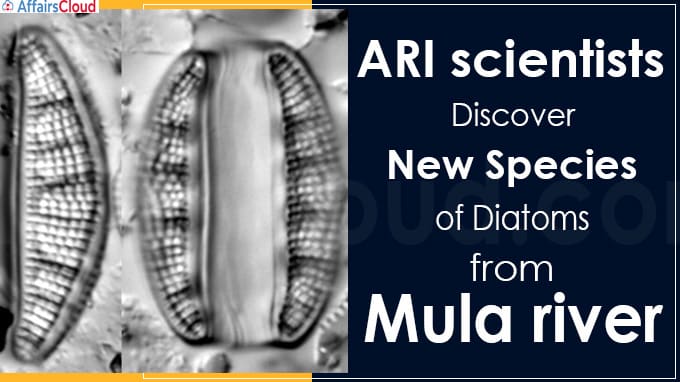 The study led by researchers from the Agharkar Research Institute (ARI) discovered a new species of Diatoms in the Mula River, Pune, Maharashtra. They named the species Epithemia agharkarii after S P Agharkar who was the founder-director of the institute ARI. 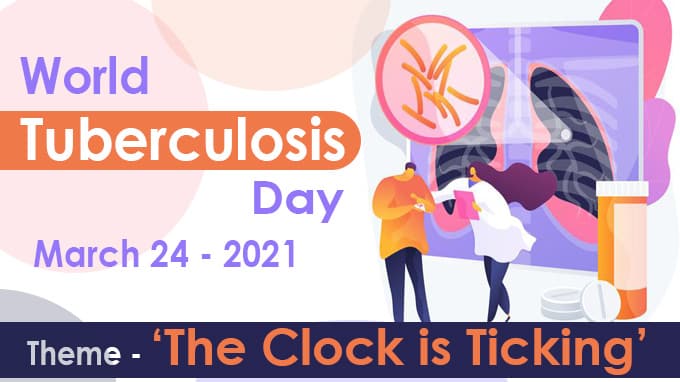 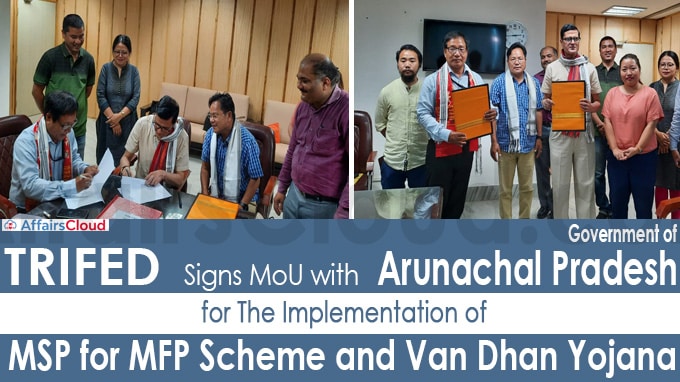 On 19th March 2021, the Tribal Cooperative Marketing Development Federation of India (TRIFED) signed a Memorandum of Understanding (MoU) with the state of Arunachal Pradesh for implementing its flagship program, “Mechanism for marketing of Minor Forest Produce (MFP) through Minimum Support Price (MSP) & development of value chain for MFP’ scheme and Van Dhan Yojana.
Objective- To improve the livelihood of Tribal artisans & Forest dwellers.