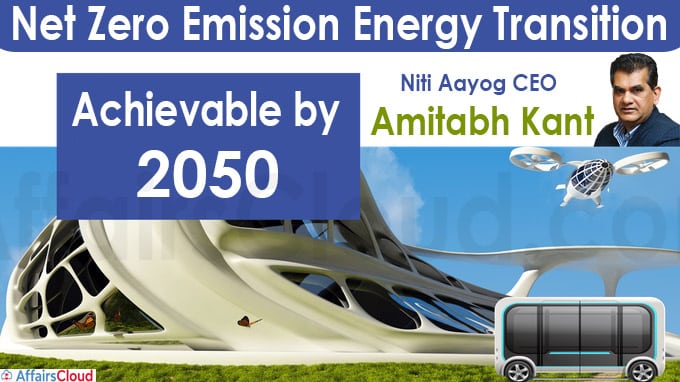 According to the report by ‘India:Transforming to a net-zero emissions energy system’ released by TERI (The Energy & Resources Institute) & Shell (otherwise known as Royal Dutch Shell plc), the Net Zero emissions in energy system in India is achievable by 2050.Amitabh Kant, CEO, NITI Aayog released the report.

Factors needed to achieve the target

Areas of Action – specified by report

The report highlights the transformations needed by India over the next 30 years for India to achieve the goal.

i.December 4, 2020, In accordance with the report titled “The Production Gap, 2020” produced by the United Nations Environment Programme (UNEP) the world is planning to produce more than double the amount of Coal, Oil and gas by 2030.

About The Energy & Resources Institute (TERI):