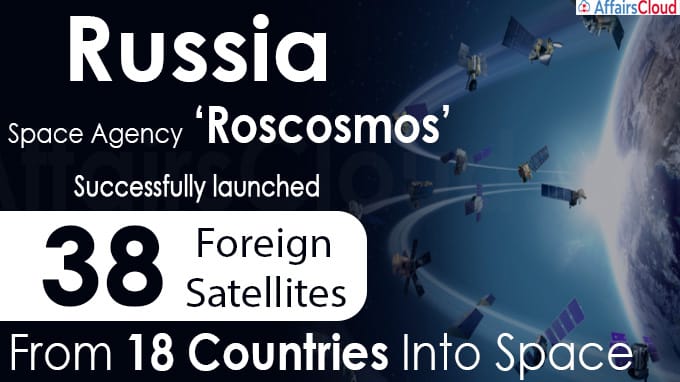 On March 22, 2021, Russian Space Agency (Roscosmos) launched 38 Satellites from 18 Countries into orbit onboard its Soyuz-2.1a Rocket. The rocket was launched from Baikonur Cosmodrome, Kazakhstan.

i.On February 28, 2021, Russia launched the ‘Arktika-M’ 1st satellite to monitor climate change in the Arctic Region. The satellite was launched from a Soyuz-2.1b carrier rocket from the Baikonur Cosmodrome, Kazakhstan.