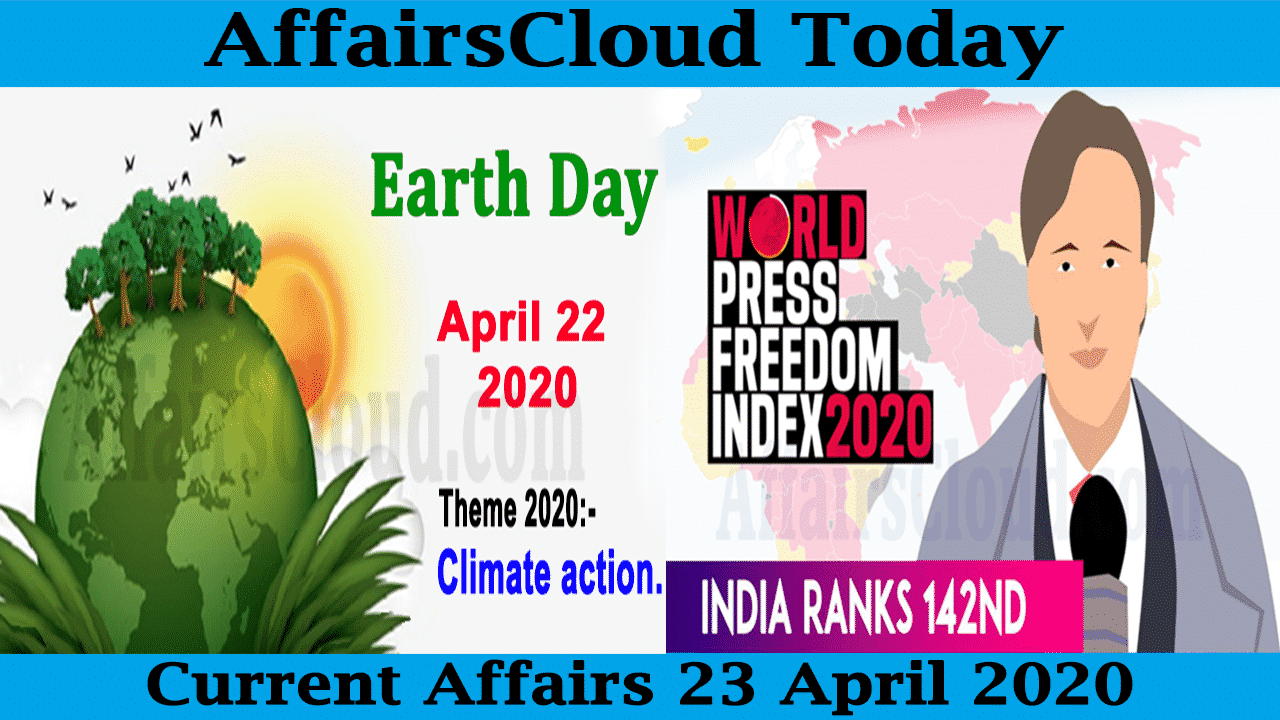 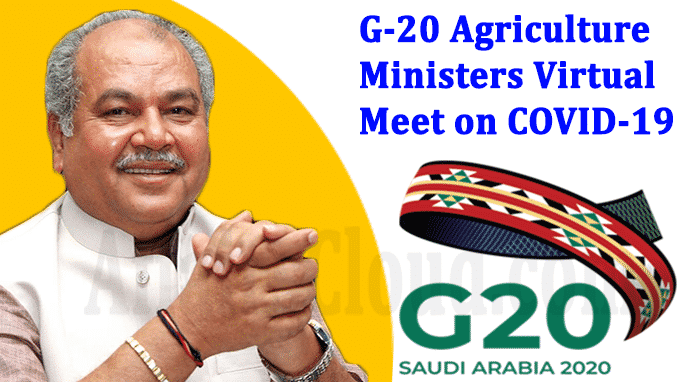 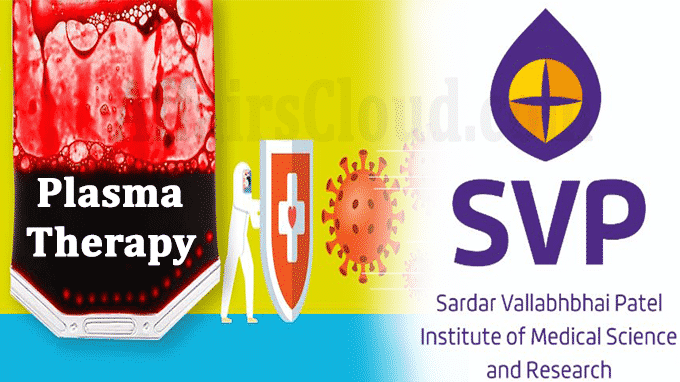 i.Sardar Vallabhbhai Patel (SVP) Institute of Medical Science and Research or SVPIMSR has signed Memorandum of Understanding (MoU) with Indian Council of Medical Research (ICMR) & becomes the 1st authorized study centre in the country to carry out study the plasma research under trial in view of COVID 19.
ii.The plasma collected from a recovered person was administered to a patient at the medical facility….Click here to Read More 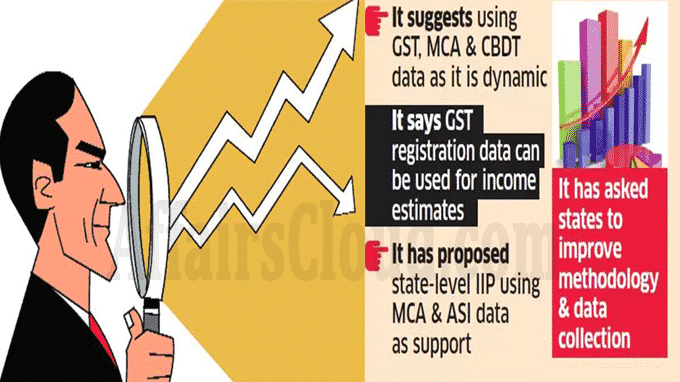 i.A government-appointed committee for sub-national accounts has suggested a complete restructure of how states collect and compile data for state-level gross domestic product (GDP) and other estimates.
ii.The goods and services tax (GST) to be used for estimating incomes and other statistics at the state level.
iii.For more accurate estimation MCA, GST and CBDT can be used….Click here to Read More 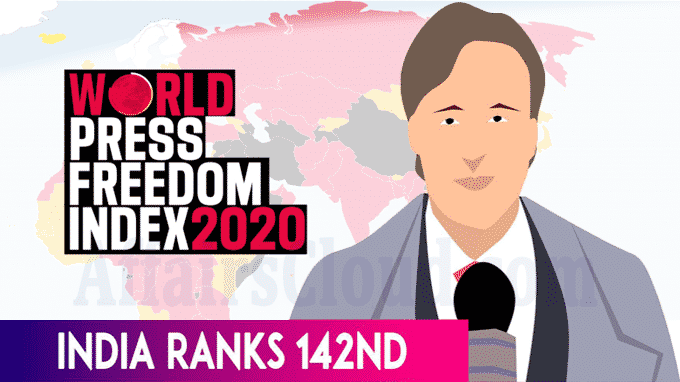 i.The decline in India’s rank is showing an improvement in the security of Indian media as in 2019 there were no murders of journalists were recorded as against six in 2018.
ii.The World Press Freedom Index is compiled by Paris-based Reporters Sans Frontieres (RSF), or Reporters Without Borders.
iii.The index has been topped by Norway with a score of 7.84 while North Korea stood at last rank of 180 with a score of 85.82….Click here to Read More 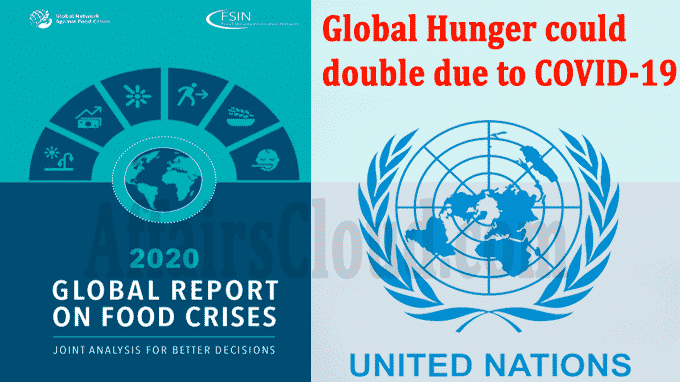 i.The number of people from 50 countries in food crisis rose by nearly 10% to 123 million people from 112 million in 2019 edition.
ii.The 10 countries faced worst food crisis in 2019 by number of people in Crisis are Yemen, the Democratic Republic of the Congo, Afghanistan, Venezuela, Ethiopia,, South Sudan, Sudan, Syria, Nigeria and Haiti.
iii.It should be noted that the WEP estimates that $350m (£280m) needed immediately, but only about a quarter of the sum has yet been available….Click here to Read More 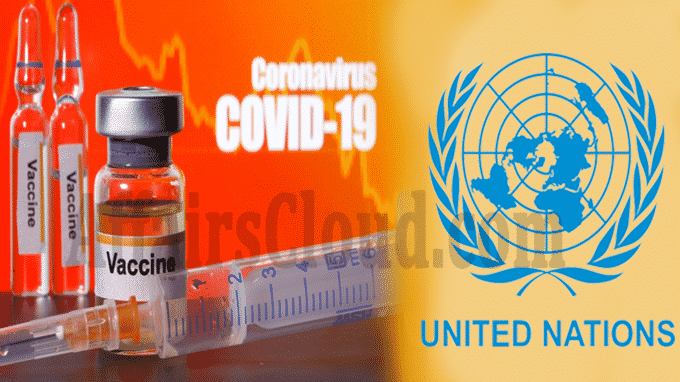 On 20th April 2020 the 193 Members of the United Nations (UN) General Assembly adopted the resolution, ‘equitable’ to fight against the COVID-19 and to identify and recommend the options to increase the manufacturing and to strengthen the supply of the requirements and provide access to the new diagnostics drugs and future vaccines….Click here to Read More i.Adam Higginbotham won the William E. Colby Award 2020 for his book “Midnight in Chernobyl: The Untold Story of the World’s Greatest Nuclear Disaster” & won USD 5,000 prize.
ii.The award was established in 1999 by William E. Colby Military Writers’ Symposium at Norwich University in Vermont to recognize the 1st work of fiction or nonfiction….Click here to Read More 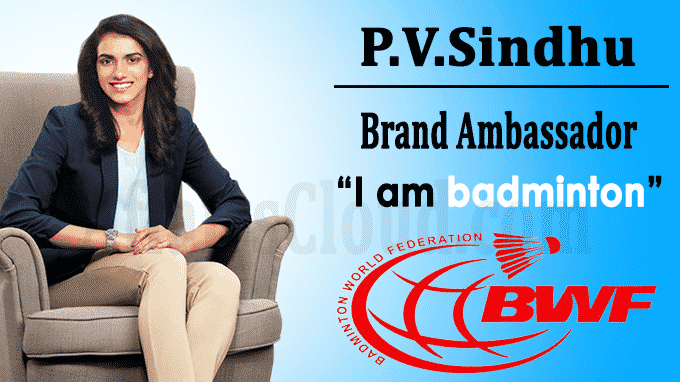 BWF names PV Sindhu as one of its ambassadors for the “I am badminton” awareness campaign to create awareness among the young and para-badminton players on the importance of anti-match manipulation and anti-doping and to encourage and provide training to improve their level of playing….Click here to Read More On April 22, 2020, Rakesh Sharma, Executive Director (ED), Bajaj Auto, was appointed as the President of Geneva-based International Motorcycle Manufacturers Association (IMMA) for a two-year mandate. IMMA represents the manufacturing industry of powered two-wheelers at the global level. He was the successor of Johannes Loman.
Key Points:
i.The IMMA Spring Congress originally planned to be held from April 20 to April 24, 2020 in New Delhi was cancelled and the election of the new President took place through a general assembly via conference call by correspondence due to the COVID-19 crisis.
ii.Sharma was elected from its member organisation, the Society of Indian Automobile Manufacturers (SIAM).
iii.About Rakesh Sharma: He served as the Vice-President in IMMA, after being elected in May 2019.
iv.Sharma joined Bajaj Auto in October 2007 as President (International Business). He is a member of the Board of Commissioners of PT Bajaj Auto Indonesia, a subsidiary of Bajaj Auto Limited, as well as the Chairman of the Exports Council of SIAM.
About Bajaj Auto Limited:
Headquarters– Pune, Maharashtra.
Chairman– Rahul Bajaj. The US tech giant Facebook has bought a 9.99% stake in the telecom unit of Reliance Industries Ltd (RIL), Reliance Jio for $5.7 billion, or Rs 43,574 crore. This is the largest investment for a minority stake by a technology company anywhere in the world and the largest Foreign Direct Investment (FDI) in the technology sector in India.

In a bid to ensure effective monitoring of home quarantine citizens, who have recently returned from international trips and those discharged after treatment for coronavirus (COVID-19), the Pune Municipal Corporation has developed a mobile application called ‘Saiyam’ under the Smart City Mission (SCM).
i.The movement of citizens can be monitored at the central level by the monitoring unit on a real-time basis and can be marked in Red, Amber or Green….Click here to Read More 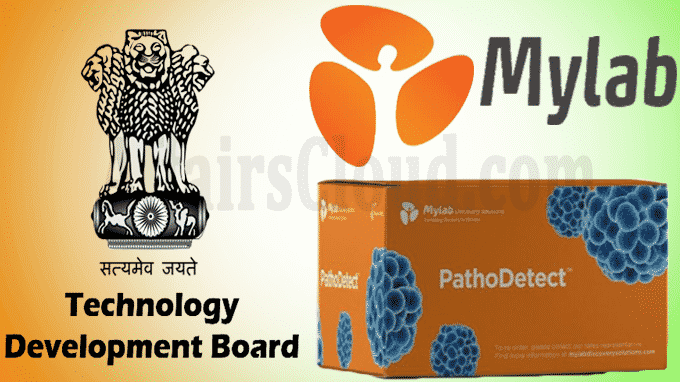 MyLab Discovery Solutions, pune based firm selected for the Technology Development Board (TDB) funding to increase the production of PCR based molecular diagnostic kit for Covid-19 screening and testing which is already approved by the ICMR and CDSCO. The funding is to update the manual process facility to automated facility….Click here to Read More

On April 19, 2020, Indian Institute of Technology (IIT)- Mandi team, developed a magnetic Random Access Memory (RAM) using spintronic technology which is faster, more energy-efficient and capable of storing more information in a smaller volume than existing data storage technologies by Satinder K Sharma, Associate Professor at IIT Mandi’s School of Computing and Electrical Engineering, The research by the IIT team has been published in IEEE Transactions on Electron Devices, a reputed international journal.
Key Points:
i.The Spin-transfer torque (STT) based nano spintronic devices will put an end to computer data loss due to interruptions of power supply and will have the capability to transform next-generation computers, smartphones and other gadgets.
ii.A device using spintronic technology utilises the spin of the electrons to transmit and process information, unlike normal electronic devices that are driven by electron charges. iii.Harnessing the spin of electrons to be manipulated from the magnetic state leads to  Spin-Transfer Torque-Magnetic Random Access Memory (STT-MRAM), which can be integrated with conventional silicon-based memory technologies.
iv.The existing semiconductor RAM cannot meet the massive demands of storage and experts in data science predict that the demand for memory capacity will outpace the production by the end of the year 2020.
v.The five-member team includes Sharma, his colleague Srikant Srinivasan and three research scholars– Mohamad G Moinuddin, Shivangi Shringi and Aijaz H Lone. 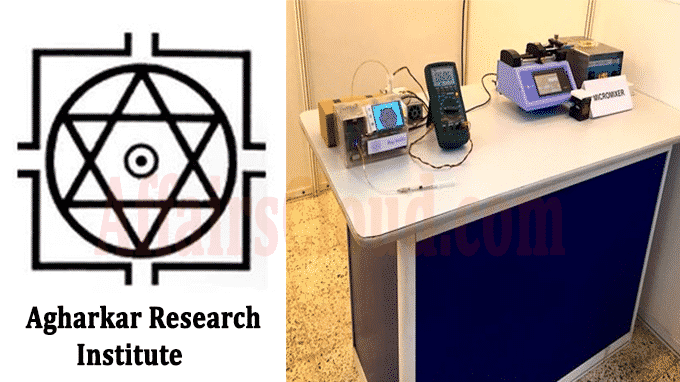 Researchers at the Agharkar Research Institute (ARI) of Pune, Maharashtra have developed a low-cost biosensor namely “bug sniffer”to rapidly detect bacteria. This portable device can detect 10 bacterial cells from a sample size of one millilitre in just 30 minutes.This research is led by Dr. Dhananjay Bodas, and has been published in the Journal of Biotechnology.

Key Points:
-Apart from above, researchers also developed a chip comprising of microchannels made from copper wires and poly- (dimethylsiloxane).
-The most common disease-causing bacteria Escherichia coli and Salmonella typhimurium can be detected individually and simultaneously using the in-house developed synthetic peptides.
-Currently, the researchers are working with simultaneous separation and detection of Escherichia coli and Salmonella typhimurium using LAMP (Loop-mediated isothermal amplification), a single-tube technique for the amplification of Deoxyribonucleic acid (DNA). This work is funded by Indian Council of Medical Research (ICMR).

Alireza Firouzja, a 16-year-old Iranian chess player, has defeated world chess champion Sven Magnus Oen Carlsen of Norway in the final of the Banter Blitz Cup 2020 with 8.5-7.5 scores to claim the $14,000 prize.
The tournament, hosted by chess24.com in association with Opera and JFD bank from September 25, 2019- April 15, 2020, was one of the most phenomenal blitz games ever played online.
Key Points:
i.A grandmaster at the age of 14, Firouzja won the Prague Masters in February 2020.
ii.About Banter Blitz Cup: It was a 128-player knockout tournament where players must comment verbally on their moves, and their opponents, during the game. It was telecast live online.
Each match of the tournament was of three-minutes (for each player) with no incremental addition to the clock after every move, a general practice in chess elsewhere. The match was a best of 16 contests with the first player to reach 8.5 points was declared the winner.

Tom and Jerry, Popeye director Gene Deitch passes away at 95 On April 20, 2020, Eugene Merril Deitch, Oscar-winning illustrator and animator, film director and producer passed away at the age of 95 in Prague, Czech Republic. He was born on April 8, 1924 in Chicago, Illinois, US (United States).
Key Points:
i.About Deitch: He was one of the directors behind world’s most popular cartoons and directed 13 episodes of Tom and Jerry.
ii.Deitch directed multiple episodes of the ‘Popeye the Sailor’ series and also directed popular animator cartoons such as Munro, Tom Terrific and Nudnik.
iii.Awards: Deitch received the “Winsor McCay” Award for his lifetime contribution to animation in 2004. He also won the ‘Academy Award’ for his Best Animated Short Film named “Munro” in 1960.
iv.He also received nominations for the same category twice in 1964 for Here’s Nudnik and How to Avoid Friendship and another series, Sidney’s Family Tree, which he had co-produced, was nominated for an Academy Award in 1958. Earth day is observed on April 22 of every year in order to create awareness about pollution and to celebrate the environment of our planet. This year is a special occasion as it marks the 50th Anniversary of Earth Day. The theme of the day this year is ‘Climate Action’…..Click here to Read More i.The chief minister (CM) of Gujarat Vijay Rupani has approved the 3rd edition of his government’s ‘Sujalam Sufalam Jal Sanchay Abhiyan’ (SSJA), a conservation plan to deepen water bodies in the state before monsoon.
ii.The scheme will also create employment opportunities for the rural population amid the lockdown.
iii.It should be noted that soil excavated during the drive will be given free of cost to farmers….Click here to Read More

Himachal Pradesh starts to use eSanjeevaniOPD 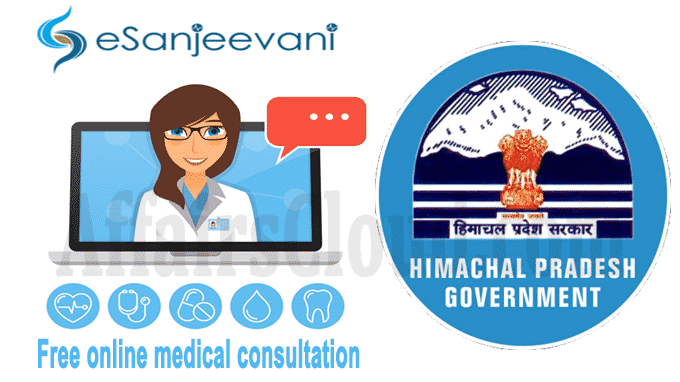 i.The Himachal Pradesh government has started to use eSanjeevaniOPD through which free online medical consultation & general health advice will be provided to the people at their residence.
ii.It is a Stay Home OPD & is India’s flagship telemedicine technology developed & designed by Health Informatics Group at Centre for Development of Advanced Computing C-DAC centre in Mohali, Punjab….Click here to Read More