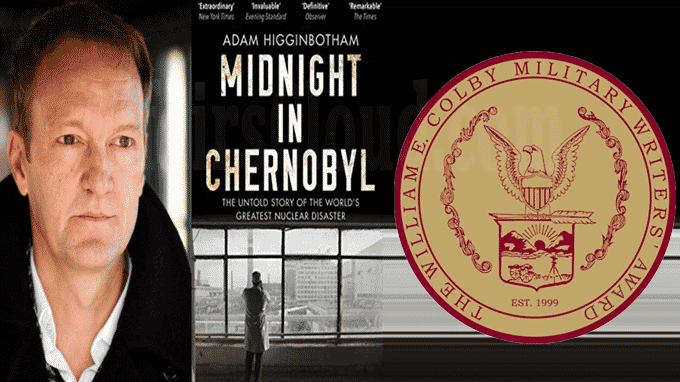 Essence of the Book
It portrays the worst nuclear disaster in history, of human resilience and ingenuity and the lessons learned when mankind seeks to bend the natural world to his will & in the face of climate change and other threats  which remain not just vital but necessary.

Gist about the award

i.It was established in 1999 by William E. Colby Military Writers’ Symposium at Norwich University in Vermont to recognize the 1st work of fiction or nonfiction that has made a major contribution to the understanding of military history, intelligence operations, or international affairs.

ii.It is presented by Norwich University in Northfield, Vermont, and sponsored in part by the Chicago-based Pritzker Military Foundation.

iv.The award will be presented during the 2020 NU Military Writers’ Symposium in fall 2020.

About the author:
He is a british writer who lives in New York, his work has appeared in The New Yorker, The New York Times Magazine, Wired, GQ and Smithsonian.