i.The Main Objective of the Lab will be

ii.The Hosting, Technical & Programmatic support for the Lab will be provided by AWS. 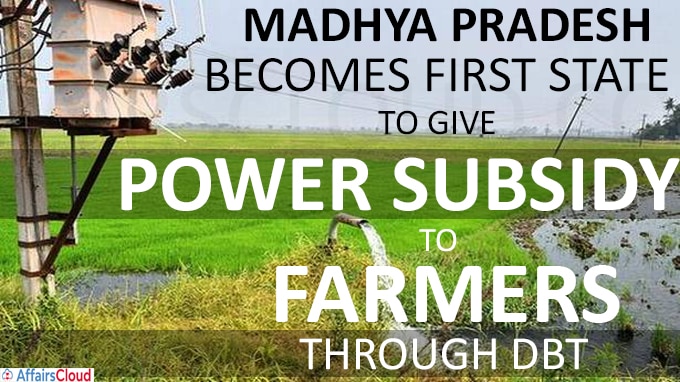 Ministry of Road Transport & Highways (MoRTH) & Defence Research and Development Organisation (DRDO) have signed a Memorandum of Understanding (MoU) to boost collaboration in the field of technical exchange & cooperation on sustainable Geo-hazard management.
i.The main objective behind the Agreement is to ensure the safety of road users on National Highways(NHs) in India against adverse effects of landslides & other natural calamities.
ii.They will cooperate in areas of 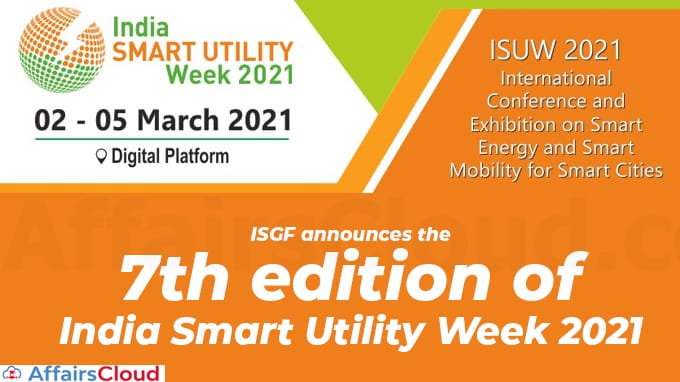 The India Smart Grid Forum (ISGF) is all set to organize the 7th edition of India Smart Utility Week (ISUW 2021) from March 2-5, 2021 in a virtual format. ISUW 2021 will provide a digital platform for International Conference and Exhibition on Smart Energy and Smart Mobility for Smarter Cities which will be accessed at www.isuw.in.

–The 5th Edition of ISGF Innovation Awards 2021 will also be organized. These awards were instituted in 2017 with an aim to recognize organizations, projects, products and personalities that have set new standards in Electricity, Gas and Water Sectors.

ISGF is a public private partnership initiative of Govt. of India with the mandate of accelerating smart grid deployments across the country. 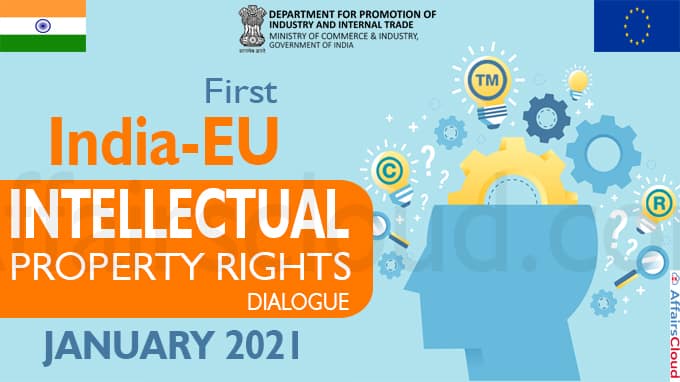 The World Economic Forum (WEF) has released the Global Risks Report 2021, 16th Edition. The findings of the report are based on the Global Risks Perception Survey (GRPS) undertaken by over 650 members of WEF’s diverse leadership communities.

The report has ranked Risks based on Survey 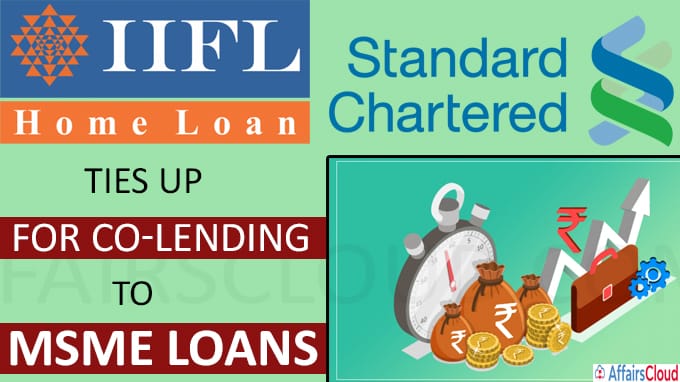 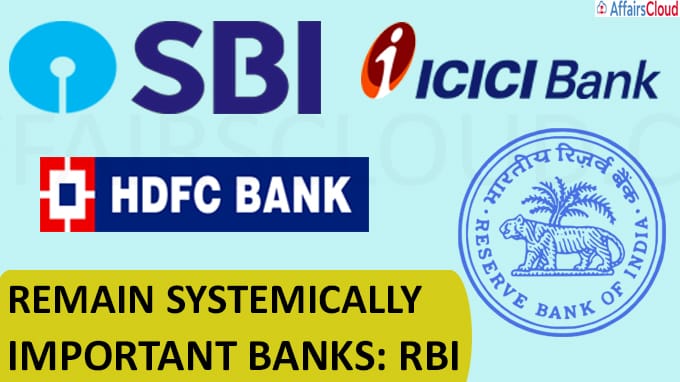 i.On January 19, 2021, the Reserve Bank of India (RBI) released the 2020 list of Domestic Systemically Important Banks (D-SIBs) on the basis of data collected from banks as on March 31, 2020.
ii.As per the list SBI (State Bank of India), ICICI (Industrial Credit and Investment Corporation of India), and HDFC (Housing Development Finance Corporation Limited) continue to be D-SIBs or institutions which are ‘too big to fail (TBTF)’.
iii.The D-SIB framework classifies banks under five buckets depending on order of importance. In accordance with this ICICI Bank and HDFC Bank are in bucket one while SBI is in bucket three.
About Reserve Bank of India (RBI):
Headquarters– Mumbai, Maharashtra
Formation– 1 April 1935
Governor– Shaktikanta Das
Deputy Governors– 4 (Bibhu Prasad Kanungo, Mahesh Kumar Jain, Michael Debabrata Patra, M. Rajeshwar Rao)
<<Read Full News>> 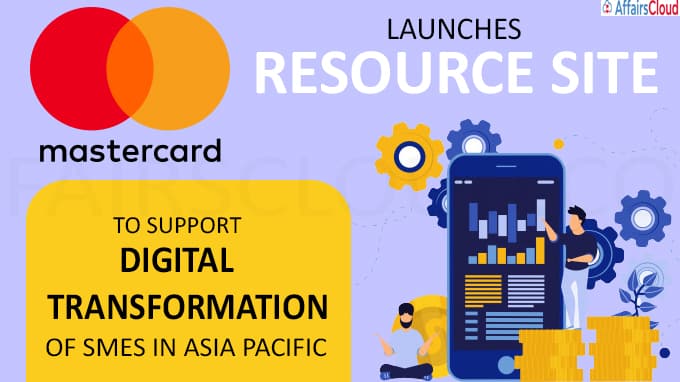 i.On January 18, 2021 Mastercard launched Digital Acceleration for Small Businesses Microsite across most of its Asia Pacific websites.
ii.The one-stop resource site provides information and resources for Small and Medium Enterprises(SMEs) to digitize and operate their business more efficiently. iii.Mastercard has partnered with Wix and  Zoho to enhance the resources for SMEs.
Objective– To help SMEs to recover from COVID-19 pandemic and assist SMEs to shift to digitalisation through curated resources, solutions and offers of this site.
About Mastercard:
Executive Chairman– Ajay Banga
CEO– Michael Miebach
Headquarters – New York, United States
About WIX:
Co-Founder and CEO– Avishai Abrahami
<<Read Full News>> The Appointments Committee of the Cabinet (ACC) approved the appointment of Siddhartha Mohanty as Managing Director(MD) of Life Insurance Corporation (LIC). Meanwhile, Sanjeev Kumar has been appointed as the chairman & MD of Telecommunications Consultants India Ltd(TCIL).
Appointment of Siddhartha Mohanty
i.The appointment is effective from the date of his assumption on or after February 1, 2021 till the date of his superannuation June 30, 2023 or until further orders, whichever is earlier.
ii.He succeeds TC Susheel Kumar who will retire on  31 January, 2021.
iii.Siddhartha Mohanty currently serves as the MD and Chief Executive Officer (CEO) of LIC Housing Finance.
Appointment of Sanjeev Kumar
i.Sanjeev Kumar is appointed as the Chairman & Managing Director (CMD) of TCIL for 5 years.
ii.He succeeds Mr. Rajiv Gupta.
iii.Sanjeev Kumar is currently serving as the Director (Technical) of Mahanagar Telephone Nigam Limited (MTNL)
About Life Insurance Corporation (LIC):
In total there are 4 MD in LIC namely Vipin Anand, TC Susheel Kumar(will be succeed by Siddhartha Mohanty), Mukesh Kumar Gupta and Raj Kumar
Founded– September 1, 1956,
Headquarters– Mumbai, Maharashtra
Chairman– M R Kumar
About Telecommunications Consultants India Ltd(TCIL):
It functions under the Administrative control of Department of Telecommunications, Ministry of Communications, Govt. of India.
HeadQuarters– New Delhi, India

J&K Bank board Decided to Transfer 8.23% stake to UT of Ladakh 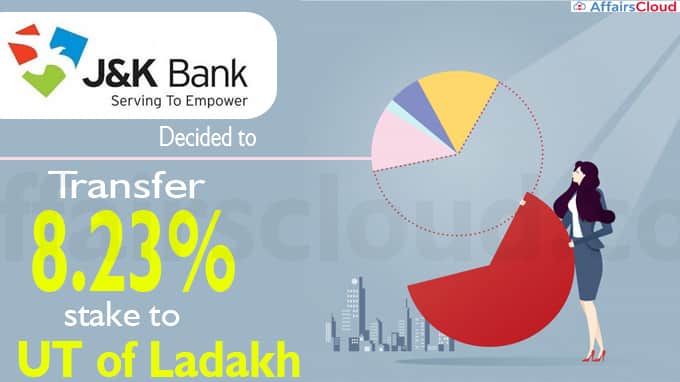 i.The board of Jammu & Kashmir (J&K) Bank has given its consent to transfer 8.23% J&K government’s stake (4,58,29,445 Equity Shares), as on October 31, 2019, to the Union Territory (UT) of Ladakh.
ii.This decision is on the lines of implementation of the General Administration Department, Govt. of Jammu and Kashmir notification on October 30, 2020.
iii.It should be noted that the government of J&K is a designated promoter of the bank. As on December 30, 2020, it holds 68.18% in the bank.
About Jammu & Kashmir (J&K) Bank:
Establishment – 1938
Chairman & Managing Director (CMD)– Rajesh Kumar Chhibber
Tagline– Serving to Empower
Headquarter– Srinagar, J&K
<<Read Full News>>

India to get 1st Indigenous Diverter Stent & Device for Healing Hole in Heart:DST

Department of Science & Technology (DST) has stated that India will soon get access to India’s 1st Indigenous flow diverter stent for diverting blood away from Ballooning of Arteries in the brain & another device which will promote the better healing of the hole in the heart.  Sree Chitra Tirunal Institute for Medical Sciences and Technology (SCTIMST), Thiruvananthapuram, Kerala  an autonomous institute of DST has entered into Technology Transfer Agreements with Biorad Medisystem, Pune for the procurement of the an Atrial Septal Defect Occluder and an Intracranial Flow Diverter Stents which have been developed in association with National Aerospace Laboratories, Bangalore (CSIR-NAL). 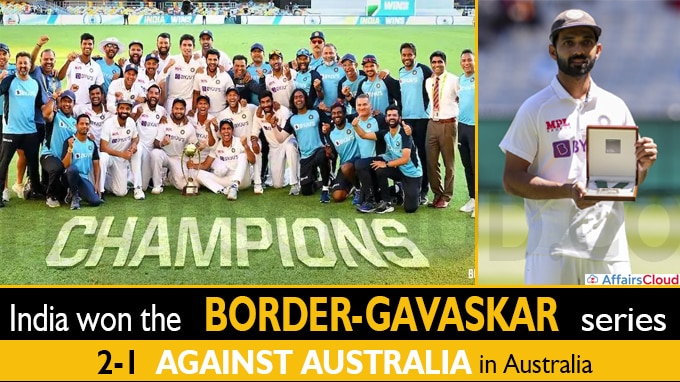 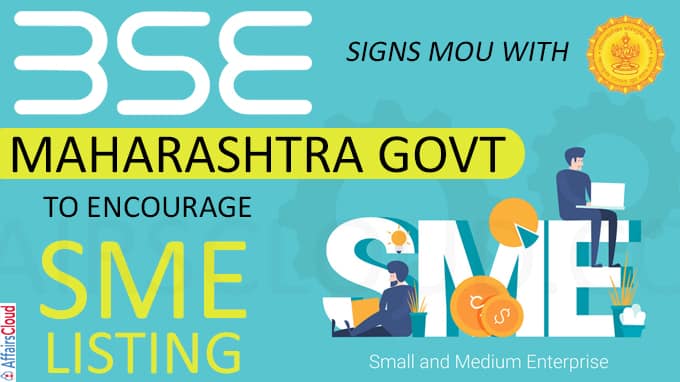 i.As part of the Agreement,

i.On January 19, 2021, the state government of Gujarat is all set for the formation of ‘Mukhyamantri Bagayat Vikas Mission’ or ‘Horticulture Development Mission’ to accelerate agriculture, horticulture and promote farming of herbal plants in the state. It aims to double the income of farmers engaged in medicinal and horticulture farming
ii.It was announced by Gujarat’s Chief Minister (CM) Vijay Rupani during a press conference in Gandhinagar, Gujarat.
iii.The mission will also create employment opportunities along with increase in the export of such products.
About Gujarat:
–Gujarat is the state with longest coastline in India
–World’s tallest statue, Statue of Unity is located in Gujarat
–Kandla port, renamed as Deendayal Port Trust is a Special Economic Zone(SEZ)
–National Parks: Gir National Park, Velavadar Blackbuck National Park, Vansda National Park, Marine National Park.
<<Read Full News>>

On January 19, 2021, Tripura observed the 42nd Kokborok Day to recognise declaration of Kokborok as an official language of the state of Tripura, India by the state government in the year 1979. Kokborok is the Sino-Tibetan native language of the Borok (Tripura) people of Tripura and neighbouring areas of Bangladesh.

This language is not included in the 8th schedule of the Constitution of India. The name ‘Kokborok’  is derived from Kok meaning “verbal” and Borok meaning “human”.