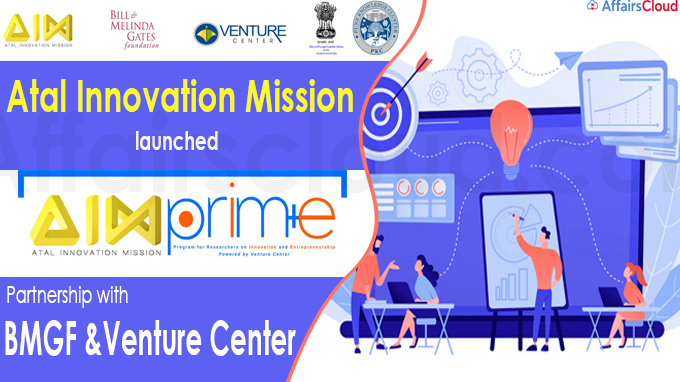 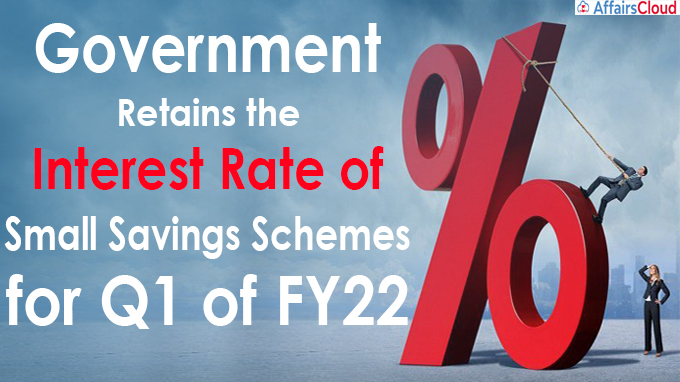 Jammu and Kashmir Lieutenant Governor, Manoj Sinha attended the fourth edition of Purvanchal Festival “Maati” at India International Centre, New Delhi. Purvanchal is “a geographical region of the eastern end part of Uttar Pradesh” and one of the most ancient regions of India. It enjoys a rich heritage and culture, particularly because of its association with some historical places. In popular terms, Purvanchal is well known as ‘The land of warriors’. To celebrate this Purvanchal spirit and strengthen the sense of belonging among Purvanchalis living in Delhi-NCR, an initiative called “Maati” was launched with a grand festival in 2018. 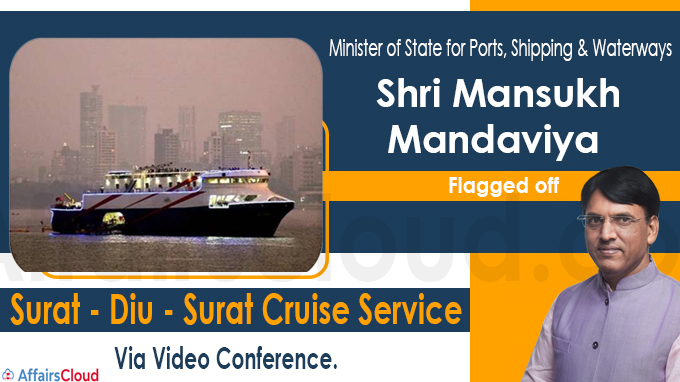 On 31st March, 2021 Mansukh Mandaviya, Minister of State for Ports, Shipping & Waterways virtually flagged off the Cruise Ship service between Hazira Port of Surat and Diu.The cruise-cum-passenger ferry is called JAI SOFIA ‘Mumbai Maiden’.
Highlights of Minister’s Speech:
i.Between 2014 to 2020, Cruise calls at Indian Ports have increased from 139 calls with around 1 lakh passengers to 450 calls with over 4.5 lakh passengers.
ii.Indian Govt. is planning for 6 International Cruise Terminals:

iii.India is Planning to develop Ferry, RoRo and ROPAX services between South Gujarat and Gujarat’s Saurashtra region.
Note- In November 2020, PM Modi inaugurated a RoPAX service, “Hazira-Ghogha” between Surat & Bhavnagar in Gujarat.
About the Cruise Service:
i.Planned to conduct 2 round trips in a week, each with one side voyage time of 13 to 14 hours at a marginal cost of Rs. 900.
ii.300 passengers can be accommodated in the 16 cabins.
Facilities – Gaming Lounge, VIP Lounge, with other modern entertainment amenities.
About Ministry of Ports, Shipping and Waterways:
Minister of State – Mansukh L. Mandaviya (Constituency-Gujarat)
National Waterways 1 – “Ganga-Bhagirathi-Hooghly” river system connecting Haldia and Prayagraj. India with a score of 0.625 has been ranked 140th out of 156 countries in the 15th edition of the World Economic Forum’s (WEF) ‘Global Gender Gap Report 2021’. Iceland is the most gender-equal country in the world (for the 12th time) followed by Finland & Norway. 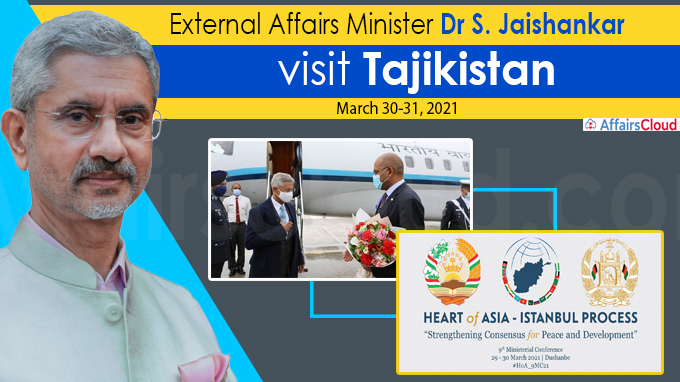 External Affairs Minister (EAM) Dr S Jaishankar reached Dushanbe (Capital of Tajikistan) as part of his official visit to Tajikistan from March 30-31, 2021. He is visiting Tajikistan at the invitation of Sirojiddin Muhriddin, Foreign Minister of Tajikistan. 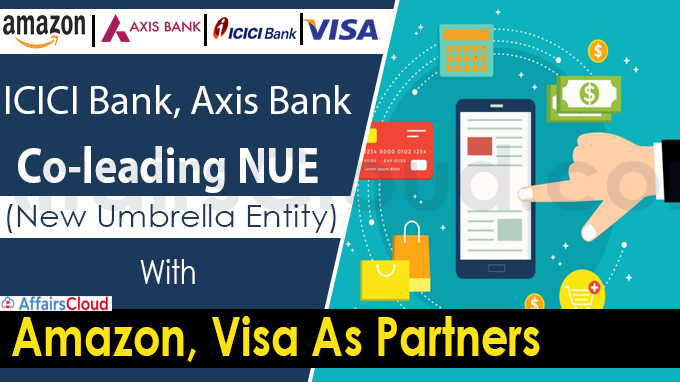 On March 31, 2021, ICICI Bank and Axis Bank, have tied up to launch a New Umbrella Entity(NUE) for retail payments along with global e-commerce major Amazon and cards major Visa as their partners.

Other entities which formed NUEs: The interest rate for WMA:

RBI Extended the Timeline for AFA Norms on e-Mandate to September 30,2021 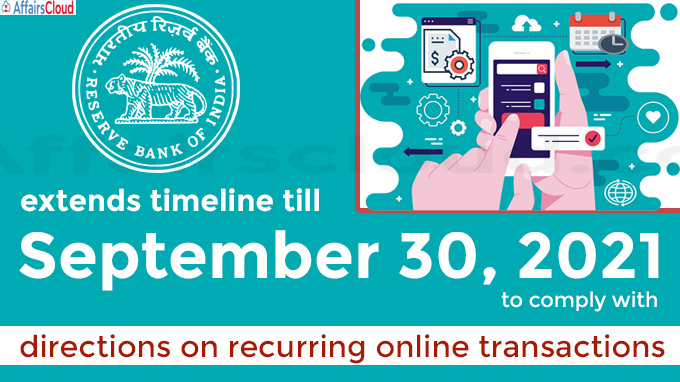 On March 31, 2021,The Reserve Bank of India (RBI) extended the timeline for Banks to process the recurring payments through online transactions with Additional Factor Authentication (AFA)on e-mandate by 6 months i.e. till September 30,2021.
Background:
The framework for e-mandate was first issued by RBI in August 2019 and fixed the timeline up to March 31, 2021 however, banks have not developed capabilities to support the new system and hence it is finally extended to September 30.
Framework by RBI on e-mandate Recurring Transactions:
i.For opting e-mandate facility the cardholder should undertake a one-time registration process, with Additional Factor of Authentication (AFA) validation by the issuer.
ii.For auto-debit from cards/wallets above the cut-off ( ₹5,000), an additional one-time password (OTP) should be provided.
iii.The issuer has to send a notification to customers 5 days before the e-mandate payments and it also should send a pre-transaction notification to the cardholder, at least 24 hours prior to the debit from the card and allow it only after the customer has confirmed it.
About Reserve Bank of India(RBI):
Establishment – 1st April 1935
Headquarters – Mumbai, Maharashtra
Governor – Shaktikanta Das
>>Read Full News 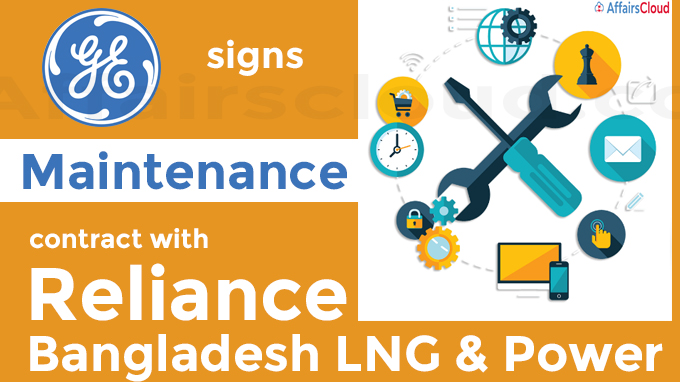 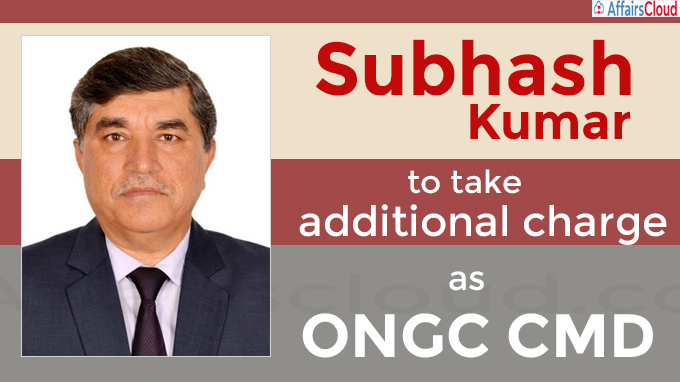 On March 30,2021 According to the order issued byMinistry of Petroleum and Natural Gas ,Oil and Natural Gas Corporation (ONGC)’s Finance Director Subhash Kumar assumes additional charge as Chairman and Managing Director(CMD) due to the retirement of current CMD Shashi Shanker.
i.He had worked as Head Business Development, Finance and Budget and also as Head Treasury Planning and Portfolio Management Group at ONGC Videsh Ltd., from April 2010 to March 2015.
ii.He was also the Chief Financial Officer of Mansarovar Energy Colombia Limited, a 50:50 joint venture of ONGC Videsh and Sinopec of China.
iii.He is a Fellow Member of the Institute of Cost Accountants of India and Associate Member of ICSI. He is an alumnus of Punjab University, Chandigarh. On March 31, 2021, Reserved Bank of India (RBI), had extended the tenure of Rajesh Kumar Chhibber (R K Chhibber), the Chairman & Managing Director (CMD) of Jammu & Kashmir (J&K) Bank by 6 months or till the appointment of MD & CEO whichever is earlier.

Key Points:
i.His extension will be effective from April 10, 2021.
ii.R K Chhibber was appointed as the CMD of J&K Bank in the year 2019 for the period of 6 months & after that his tenure was extended numerous times.
Background:
J&K Bank appointed the R K Chhibber as CMD after dissolving the designation, chairman and CEO held by Parvez Ahmed in order to increase the transparency, governance, compliance and profitability of the lender.
About Jammu & Kashmir (J&K) Bank:
Incorporated – 1938
Headquarter – Srinagar, Jammu & Kashmir 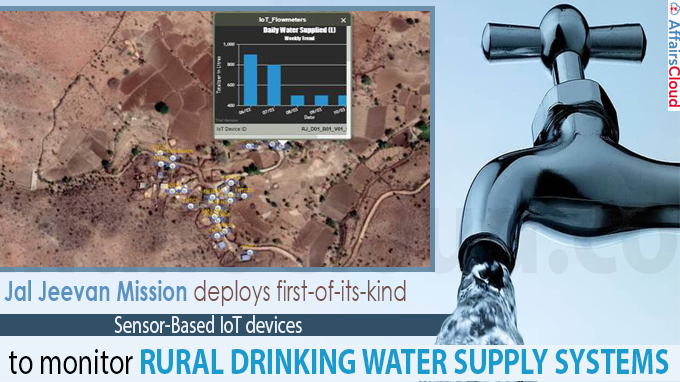 The Ministry of Jal Shakti is set to deploy sensor-based IoT (Internet of Things) devices to monitor the implementation of Jal Jeevan Mission (JJM) in more than six lakh villages.   With this, it aims to monitor the rural drinking water supply systems in villages.

Solar Physicists of ARIES (Aryabhatta Research Institute of Observational Sciences), Nainital, Uttarakhand have developed a New Algorithm called ‘CIISCO’ (CMEs Identification in Inner Solar Corona) for detecting & tracking the accelerating solar eruption in the lower/inner corona of the Sun.  The algorithm will be used in India’s 1st Solar Mission – Aditya – L1 (set to be launched in 2022). Federation Internationale de Football Association (FIFA) has announced the 9 host cities & 10 stadiums for the 2023 Women’s Football World Cup spread across Australia & New Zealand.
Notably, the opening match will be held in Auckland, New Zealand and the Finals in Sydney, Australia. And Two of the semifinals are split between the countries.
Note- Previously, New Zealand & Australia Co-hosted Cricket World Cup in 2015
Host Cities:

Speciality of 2023’s Event:
i.For the 1st time in the history of FIFA Women’s tournament, 32 teams will be participating in the 2023 World Cup (Previously, only 24 teams).
ii.This is also the 1st time countries from 2 different confederations co-host a FIFA World Cup.

iii.1st time a Senior World Cup is hosted by a country from the Oceania confederation.
About FIFA:
FIFA Men’s World Cup-2022 will be hosted by Qatar.
Headquarters– Zurich, Switzerland
Motto– For the Game. For the World
President– Gianni Infantino
FIFA started to award world player awards in 1991 & Last Awarded in 2009.

Kamalpreet Kaur, An Indian women’s Discus thrower qualified for the 2020 Tokyo Olympic Games set to be held in Japan (from July 23 – 8 August, 2021), after she sent the discus to 65.06 metres at the 24th Federation cup Senior Athletics Championships held in Patiala, Punjab. With this, she set a new national record & breached the Olympic Qualification mark of 63.50 m. She became the 1st Indian women to breach the 65m Barrier in discus throw.

Indian Journalists and author Anil Dharker passed away at 74

Anil Dharker ,a notable journalist and writer from Mumbai,Maharashtra passed away at 74.He was also the founder and director of the Mumbai International Literary Festival which  held in November every year and also the founder and director of Literature Live.
i.He said to be a multi-talented in various fields such as an architect ,editor, columnist ,TV anchor and writer.
ii.He was a columnist for The Indian Express newspaper and author The Romance Of Salt, a book on Mahatma Gandhis Dandi March.
iii.Dharker had been the editor of a variety of publications, starting with ‘Debonair’, ‘Mid-Day’; ‘The Independent’ and ‘The Illustrated Weekly of India’.
iv.He was also a member of the Advisory Boards of the Indian Council for Cultural Relations and the Children’s Film Society of India. On 31st March, 2021 the State Government of Maharashtra declared Amboli region in Western Ghats in Sindhudurg district as a Biodiversity Heritage Site. This comes at the backdrop of the discovery of a rare colourful freshwater fish species “Schistura Hiranyakeshi” in the region.

Other Biodiversity Heritage Sites in Maharashtra: