We are here for you to provide the important Recent and Latest Current Affairs 19 March 2020, which have unique updates of Latest Current Affairs 2020 events from all newspapers such as The Hindu, The Economic Times, PIB, Times of India, PTI, Indian Express, Business Standard and all Government official websites. On March 16, 2020, Defence Minister Rajnath Singh informed that a total of Rs 26.12 (26,12,30,810) crore is spent as legal expenses by the Armed Forces (Army, Navy & Air Force) from April 2019- February 2020.
i.The expenses include payment of fee, remuneration, professional charges to advocates, law firms, arbitrators, conference, conveyance charges, clerkage, retainer fee & expenses incurred by government counsel on drafting of special leave petition, counter affidavit, rejoinder.
ii.Fee bills of government counsels who appear in cases filed by or against the armed forces in the Supreme Court, the Delhi High Court & lower courts in Delhi jurisdiction is paid by the Ministry of Law and Justice.

Banihal to Katra railway link to be completed by 2022

On March17, 2020 Union Railway Minister Piyush Goyal announced that Banihal to Katra railway link to be completed by 2022 which is part of the Udhampur- Srinagar-Baramulla rail link project.
i.It is to be completed before the 75th Independence day of India.
ii.This completion will pave the way for the creation of Indian rail from Kanyakumari to Baramulla.
iii.The Katra-Banihal railway track is a 111-km long stretch which will link Kashmir Valley with the rest of the country by train.

On March 17, 2020, According to the Minister of State (MoS) for Finance & Corporate Affairs,Shri Anurag Singh Thakur, the central government has sanctioned a loan of Rs 20,466.94 crores to over 91,000 accounts up to March 10,2020 since inception of the Stand-Up India scheme, as it counted the work being done for the empowerment of women.
About Stand Up India scheme:
It was launched on April 5, 2016, to promote entrepreneurship for economic empowerment and job creation. To set up a new venture, it is mandatory for every branch of the scheduled commercial bank to give a loan of Rs 10 lakh to Rs 1 crore to a person belonging to Scheduled Caste (SC) or Scheduled Tribe (ST) and at least one woman.
As on February 17, 2020, more than 81% account holders under this scheme are women.
About Ministry of Finance:
Headquarters– New Delhi
Union Minister – Nirmala Sitharaman

On March 17, 2020, the Philippines becomes the first country to close its financial markets due to the COVID 19 (Coronavirus) outbreak. It resumed its trading on March 19, 2020.  This measure was taken to ensure the safety of their employees and the people they interact with. Now the speculations are if other countries may take similar measures then there is a fear of a global recession.
Point to be noted:
Shutting markets is an extremely rare case during times of crisis. Earlier cases were, A week-long closing of America’s stock after the 9/11 terrorist attacks in 2001, while Hong Kong shuts trading due to Black Monday crash in 1987. Greece halted its stock market for about five weeks in 2015.
About Philippines:
Capital– Manila
Currency– Philippine peso
President– Rodrigo Duterte

The 7th World Cities Summit (WCS) is to be held from July 5 to 9, 2020 at Sands Expo & Convention Centre, Marina Bay Sands, in Singapore. It is organized by Singapore’s Centre for Liveable Cities and the Urban Redevelopment Authority.  The theme for WCS 2020 is ”Liveable and Sustainable Cities: Adapting to a Disrupted World”.
i.The WCS 2020 is held in conjunction with the Singapore International Water Week (SIWW) and the CleanEnviro Summit Singapore (CESG).
ii.Singapore Government invited Uttar Pradesh Chief Minister Yogi Adityanath to the WCS-2020.
World Cities Summit:
i.The WCS was inaugurated in the year 2008 and conducted once in 2 years.
ii.This platform brings Government leaders, Industrial experts to forge new partnerships and address liveable and sustainable city challenges, sharing integrated urban solutions and there will be discussions about how cities can cope with climate change, social shifts and technological disruptions with confidence.
About Singapore:
President– Halimah Yacob
Capital– Singapore
Currency-Singapore dollar 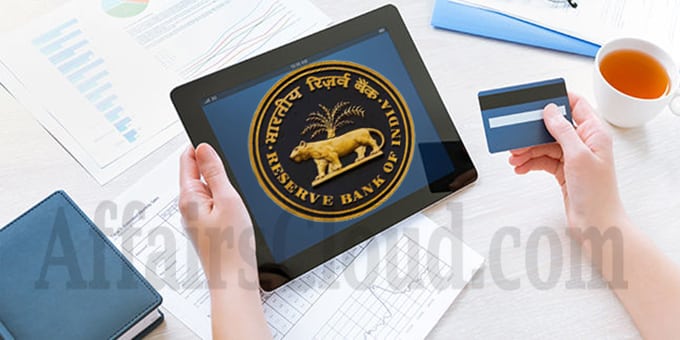 On March 17, 2020, Reserve Bank of India (RBI) has issued new guidelines for the payment aggregators (PAs) to provide ease for payments industry players. These are issued under Section 18 read with Section 10(2) of the Payment and Settlement Systems Act, 2007 and shall come into effect from April 1, 2020. The new rules are for non-bank PAs.

RBI opens dollar-swap window along with infusion of Rs 1,00,000 crore through LTRO 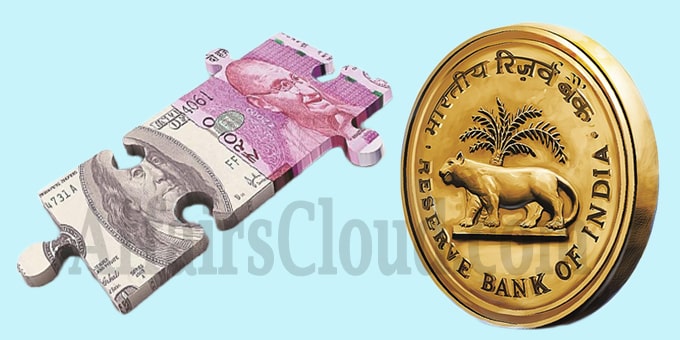 There is global instability in financial markets due to the spread of COVID 19 (Coronavirus), which may lead to a slowdown in growth. Every economy is making efforts to stabilize the financial market condition, among them, the Central Bank of India i.e. Reserve Bank of India (RBI) has opened a six-month dollar sell-buy swap window, and will also inject Rs 1,00,000 crore additional Long Term Repo Operations (LTROs) at the policy repo rate. These measures taken by RBI are to boost liquidity in the foreign exchange market of India and will serve the requirement of U.S. dollars in the market….Click here to Read More

On March 18, 2020, Standard & Poor’s (S&P) Global Ratings, the world’s leading provider of independent credit ratings, has slashed India’s global economic growth forecast to 5.2 % in 2020 from 5.7 % predicted earlier, saying the global economy is entering a recession due to the spread of infection of the coronavirus (COVID-19) pandemic.
Key Points:
i.As a result, the growth rate in the Asia Pacific may be reduced by half to around 3%. It lowered China’s growth rate to 2.9%, Japan’s growth rate to -1.2 % (from 4.8 %, and -0.4% predicted earlier) respectively.
ii.To boost economic activity, the US Fed has raised interest rates to near zero, while the Bank of Japan has increased asset purchases.
iii.Earlier the  Moody’s Investors Service has lowered India’s growth projection to 5.3% for 2020 from 5.4% as a result of Coronavirus.
About S&P Global Ratings:
Headquarters– New York, United States
President & Chief Executive Officer(CEO)– Douglas L. Peterson 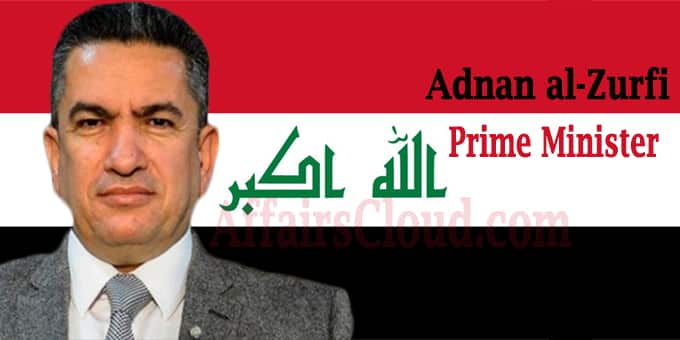 On March 17, 2020, Barham Salih, President of Iraq appoints 54- year- old Adnan al-Zurfi as Prime Minister(PM) of Iraq who has 30 days to form his cabinet in an attempt to resolve a months-long political crisis. He will succeed Mohammed Allawi, the 1st politician named by the president as PM-designate who withdrew his candidacy for the post.
i.Adel Abdul Mahdi was an interim PM who withdrew his candidature in December 2019 after heavy protest where 40 people were killed by security forces.
ii.Adnan al-Zurfi’s difficult task is to gain the confidence of parliament.
iii.He was a former governor of the holy Shia city of Najaf & heads the Nasr parliamentary group of former Prime Minister Haider al-Abadi.
About Iraq:
Capital– Baghdad
Currency– Iraqi dinar 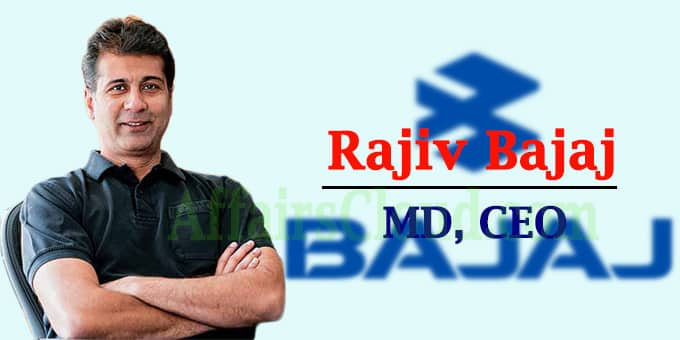 On March 18, 2020, Bajaj Auto Limited, an Indian global two-wheeler & three-wheeler manufacturing company, has approved the re-appointment of  Rajivnayan Rahulkumar Bajaj as its Managing Director (MD) and CEO (Chief Executive Officer) for a further period of 5- years with effect from April 1, 2020. His tenure is going to expire on March 31, 2020.
Key Points:
i.In addition, Gita Piramal has also re-appointed as an Independent Director of the Company, whose five-year term expires on 31 March 2020.
ii.Rajiv Bajaj served as a Managing Director of Bajaj Auto since the year April 2005 & got his credit in the areas of Manufacturing and Supply Chain, Research and development (R&D), Engineering ,Marketing and Sales. He also received a number of awards and recognitions from various organizations for his Business leadership, entrepreneurship and innovation.
About Bajaj Auto Limited:
Headquarters– Pune,Maharashtra
Chairman– Rahul Bajaj 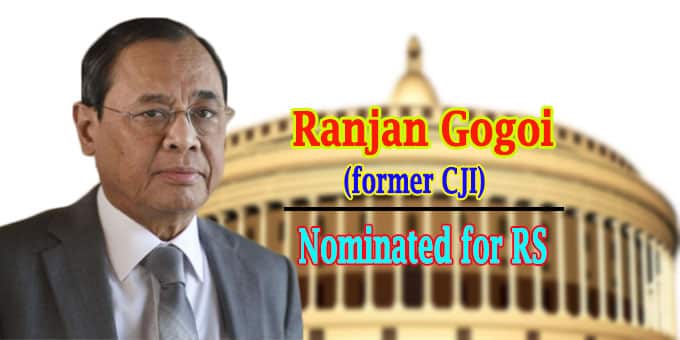 On March 16, 2020, The government nominated former Chief Justice of India (CJI) Ranjan Gogoi, 65 years old, to Rajya Sabha. He was nominated by President of India Shri Ram Nath Kovind, under the exercise of the powers conferred by sub-clause (a) of clause (1) of article 80 of the Constitution of India, read with clause (3) of that article to the Council of States and to fill the vacancy caused due to the retirement of one of the nominated members. Ranjan Gogoi will be the successor of K.T.S Tulsi.
Key Points:
i.The notification of this effect was issued by the Ministry of Home Affairs.
ii.About Ranjan Gogoi: Gogoi headed a 5-judge bench, who gave the judgement on the sensitive Ayodhya land dispute on November 9, 2019.
iii.He also headed the benches that ruled on matters like the entry of women in Sabarimala temple and Rafale fighter jet deal. He retired on November 17, 2019.
iv.Fact: Rajya Sabha or Council of States is the upper house of the bicameral Parliament of India. It consists of 250 members in total, of which 238 are elected by the legislatures of the States & Union Territories (UT) using single transferable votes through Open Ballot while the President can appoint 12 members for their contributions to science, art, literature and social services. 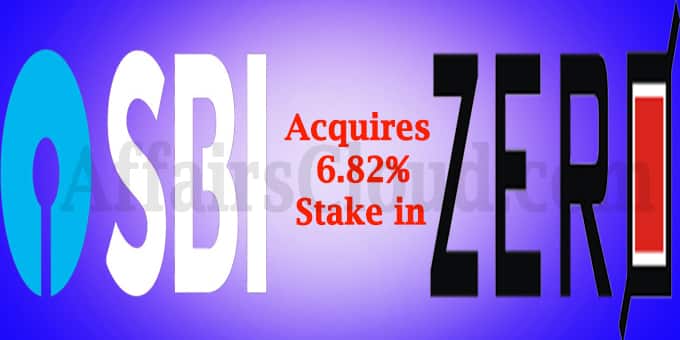 On March 17, 2020 State Bank of India entered into an agreement to acquire 6.825%(6,825 equity shares) stake of Zero Mass Private Limited (Pvt Ltd)
i.The deal is to be completed by March 31, 2020.
ii.As part of the deal, the Bank sold its entire stake in A Little World Pvt Ltd to target the Zero Mass Pvt Ltd
iii.Zero Mass Pvt Ltd was founded by Anurag Gupta on March 20, 2007, which is the 1st ever Business Correspondent in the country & is formerly known as Zero Microfinance and Savings Support.
About SBI:
Headquarters– Mumbai, India
Chairman– Rajnish Kumar

On March 17, 2020, Scientists from the Institute of Nano Science and Technology (INST), an autonomous institute under the Department of Science & Technology, developed a starch-based ‘hemostat’ material which absorbs excess fluid by concentrating the natural clotting factors in the blood that stops the rapid blood loss.
Key Points:
i.The features of the product comprises- increased absorption capacity, improved absorption, inexpensive, biocompatible & biodegradable.
ii.The microparticles of the product are called ‘calcium-modified carboxymethyl-starch,’ which form a cohesive & sticky gel within 30 seconds of contact with blood.
iii.In animal studies with real injuries, moderate to heavy blood flow stopped within a minute, which indicates that the substance is non-toxic & confirmed its biodegradability.
iv.Dr Ghosh’s team developed this product as a realistic solution for lower-income economies worldwide. 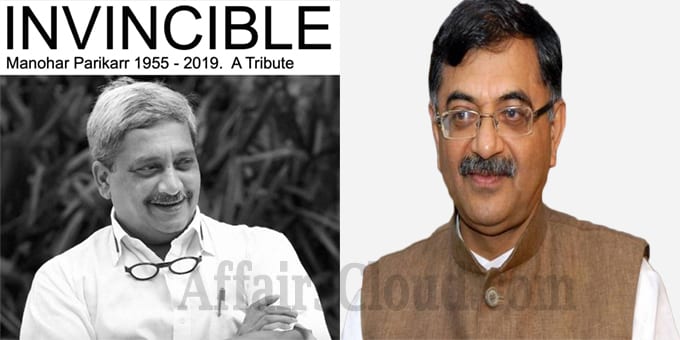 “My Encounters in Parliament” authored by Bhalchandra Mungekar released 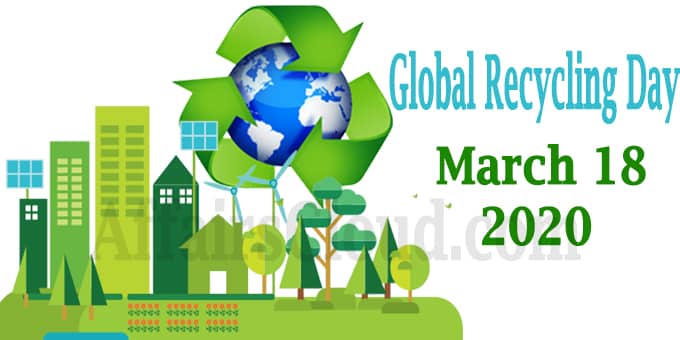 On March 17, 2020, the Centre has proposed Rs. 1,01,428 crore budget, highest ever budget anticipation, for the Union territory (UT) of Jammu and Kashmir (J&K) for the 2020-21 fiscal. The budget was laid by Minister of State (MoS) for Finance Anurag Singh Thakur and presented by Union Finance Minister Nirmala Sitharaman. The proposed budget is premised on the commitment to make the J&K “a model of development”.

‘Recovery of Damage to Public Properties Ordinance 2020’: UP cabinet

‘Recovery of Damage to Public Properties Ordinance 2020‘ for recovery of losses due to damage to public property during violent protests was passed by the Uttar Pradesh cabinet headed by Chief Minister Yogi Adityanath.
The ordinance will aim at dealing with violent acts at public places, controlling its tenacity and upsurge and providing for recovery of damage to public or private property during hartal, bandh etc.

This is a resultant of several violent protests against the Citizenship (Amendment) Act in December last year. It is an attempt to perform a recovery exercise to collect damages to public property during anti-CAA riots is underway in the state. In Lucknow 57 such accused have been sent notices to recover a total of rupees 1.5 crores.
Another step was taken by the state government that highlights its relentless stand against “rioters” is the ordinance. After anti-CAA protests in Lucknow and other districts of the state turned violent, the government has been running a recovery exercise to collect and recover the damaged property.
About the UP cabinet:
Head of State: Governor Anandiben Patel
Chief Minister: Yogi Adityanath
Deputy Chief Minister: Keshav Prasad Maurya, Dr Dinesh Sharma