We are here for you to provide the important Recent and Latest Current Affairs 15 September 2021, which have unique updates of Latest Current Affairs 2021 events from all newspapers such as The Hindu, The Economic Times, PIB, Times of India, PTI, Indian Express, Business Standard and all Government official websites. 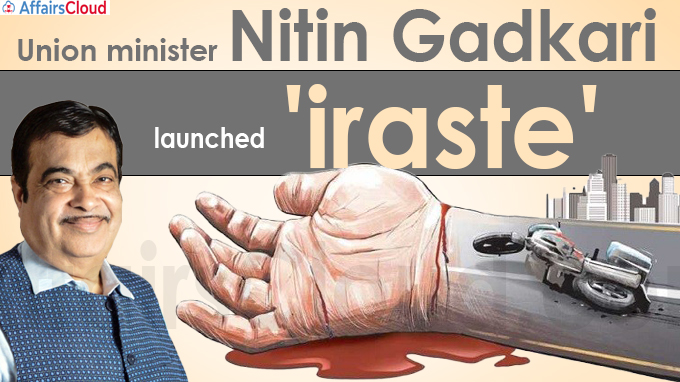 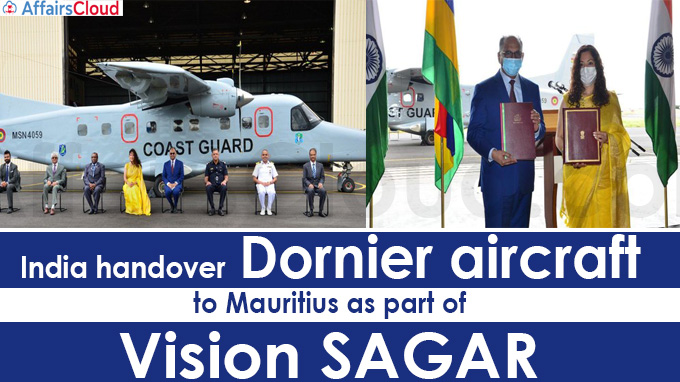 India handed over Indian Navy’s Dornier aircraft to Mauritius on lease as part of Vision SAGAR (Security and Growth for All in the Region) for enhanced maritime security of the Indian Ocean region (IOR), on September 13.

India–Africa Defence Dialogue (IADD) to be held alongside every DefExpo; 2nd IADD to be held in 2022

On September 13, 2021, the Central Government of India proposed to institutionalize the India Africa Defence Dialogue (IADD) during successive DefExpos to be held biennially.

Key Points:
i.As a follow-up with the above proposal, the 2nd IADD will be held in 2022 on the sidelines of the DefExpo that is scheduled to be held at Gandhinagar, Gujarat in March 2022. It will be hosted by Union Minister Rajnath Singh, Ministry of Defence (MoD) on the theme ‘India – Africa: Adopting Strategy for Synergizing and Strengthening Defence and Security Cooperation’.
ii.Indo-Africa defence relations are based on the two guiding principles viz. ‘SAGAR-Security and Growth for All in the Region’ and ‘Vasudhaiva Kutumbakam-The World is One Family’.
How will this dialogue be helpful?
It will boost the existing partnerships between African countries & India and will explore new areas of convergence for mutual engagements which include capacity building, training, cyber security, maritime security and counter terrorism.
Background:
The above decision has been taken on the sidelines of ‘Lucknow Declaration’ that was adopted during the 1st India Africa Defence Ministers Conclave (IADMC) or IADD in Lucknow, Uttar Pradesh in conjunction with DefExpo on February 6, 2020. It was co-organised by MoD and Ministry of External Affairs (MEA).
About Ministry of Defence:
Rajnath Singh Constituency– Lucknow, Uttar Pradesh
Minister of State (MoS)– Ajay Bhatt (Constituency – Nainital–Udhamsingh Nagar, Uttarakhand) The World Bank released the updated Groundswell report “Groundswell Part 2: Acting on Internal Climate Migration” on 13th September 2021. According to the report, Climate Change could force more than 216 million people from across 6 regions(South Asia; Latin America; Sub-Saharan Africa; East Asia and the Pacific; North Africa; and Eastern Europe and Central Asia) to migrate from their own countries by 2050. 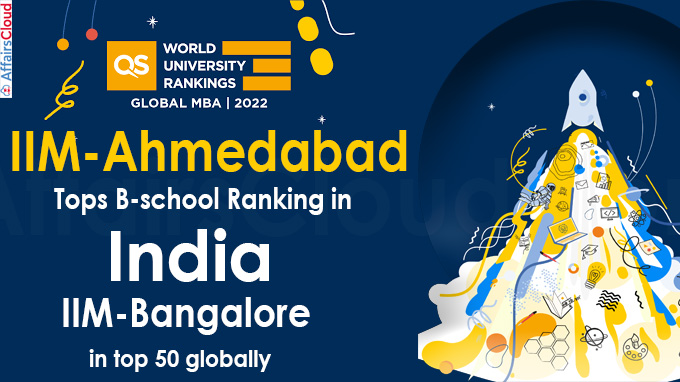 The QS Global MBA Rankings: Global 2022, released by Quacquarelli Symonds(QS), has adjudged the Indian Institute of Management (IIM) Ahmedabad, Gujarat as the best business school(B-school) in India. The IIM Ahmedabad has achieved the 46th rank on the list which features around 280 business schools from across the globe. The list is topped by Stanford Graduate School of Business, Stanford, California, United States of America(USA). 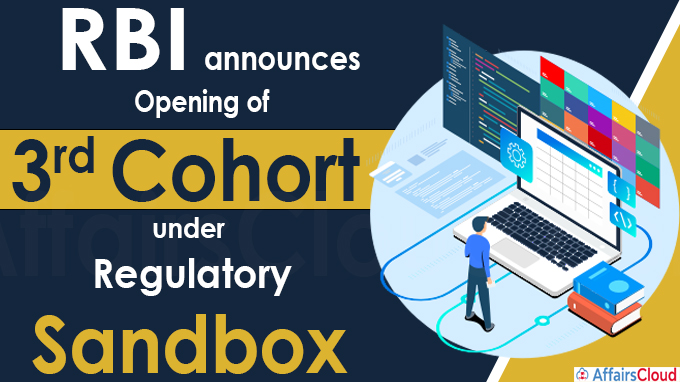 A Composite Broking Licence from the Insurance Regulatory and Development Authority of India (IRDAI) is being provided to Hero Insurance Broking India. It will allow the firm to offer reinsurance broking and risk management consultancy services to corporate clients.
About Reinsurance broking-
A reinsurance broker is an intermediary individual or firm who is paid a fee or commission to find and place new business on behalf of both the insured client and insurer.
IRDAI Permits Insurers To Sell & Renew short term COVID-19 policies
The specific health insurance policies are permitted to sell till March 2022.
The exemptions granted general insurers for issuance of electronic policies as well as dispensing with physical documents and wet signatures have been extended up to end-March 2022.
About Hero Insurance Broking India limited
Principal Officer– Sanjay Radhakrishnan
Headquarters- New Delhi
About Insurance Regulatory and Development Authority of India (IRDAI)
Founded- 1999
Headquarters– Hyderabad, Telangana
>>Read Full News The Government of India has appointed 10 merchant bankers for managing Initial Public Offering (IPO) of Life Insurance Corporation (LIC). The IPOs of LIC will be launched in the month of January to March 2022.

Key points
i.The work of merchant bankers in the case of IPOs is management of  Promotional activities, Credit syndication, Project counselling, and Portfolio management, etc.
ii.These merchant banks will form a coalition and give advice to the Department of Investment and Public Asset Management (DIPAM) on timing and floor prices for the IPOs.
iii.The government also has selected Concept Communications as their advertising agency and Kfintech as the Registrar and Share transfer agent of the IPO.
About Initial Public Offering (IPO)

State Bank of India(SBI) has raised Rs 4000 crores through the Basel Compliant Additional Tier 1 (AT1) bonds at a coupon rate of 7.72%, the lowest pricing ever offered on such debt, issued by an Indian bank since the implementation of Basel III capital rules in 2013. 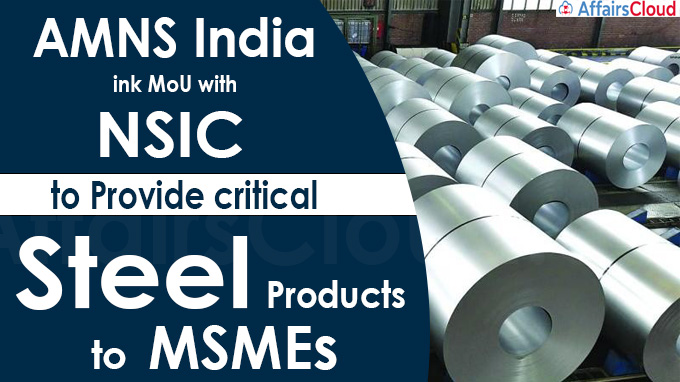 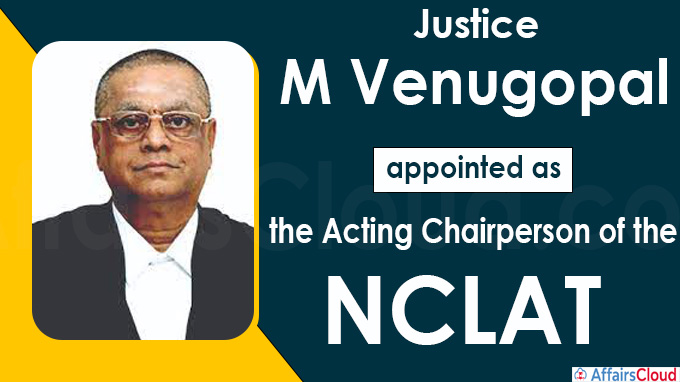 Justice M Venugopal, Judicial Member of the NCLAT (Chennai bench of NCLAT), has been appointed as the acting chairperson of the National Company Law Appellate Tribunal (NCLAT), with effect from 11th September 2021.

Note:
The government of India has appointed 31 members to the NCLT (National Company Law Tribunal) and the ITAT (Income Tax Appellate Tribunal).
About Justice M Venugopal:
i.Justice M Venugopal is a former judge of the High court of Madras.
ii.He started as a Sub Judge in Tamil Nadu State Judicial served in 1997 and was later elevated to the High court of Madras in 2007.
iii.He has served as the Judicial Member of NCLAT, Principal Bench, New Delhi from October 2019 and later moved to the Chennai Bench of NCLAT in January 2021.
About National Company Law Appellate Tribunal (NCLAT):
The NCLAT was constituted under Section 410 of the Companies Act, 2013 for hearing appeals against the orders of the NCLT.
Acting Chairperson– Justice M Venugopal
Headquarters– New Delhi
Established on 1st June 2016 In a first, in Coal India Ltd. (CIL) under the Ministry of Coal, an innovative Remotely Piloted Aircraft System (RPAS) was inaugurated at Mahanadi Coalfields Ltd (MCL) to remotely monitor automated systems. 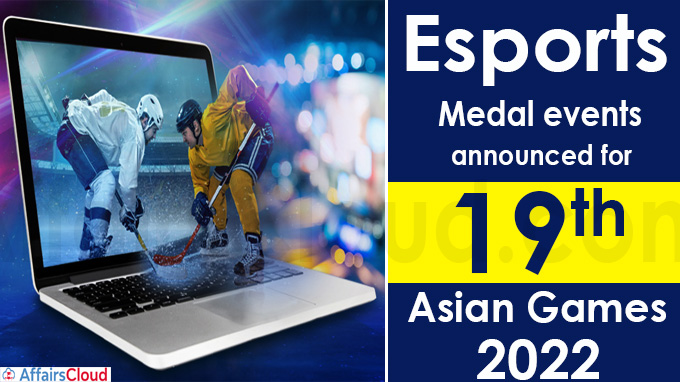 For the first time in Asian games, eight electronic sports (esports) are included in the medal events at the 19th Asian Games 2022 which are going to be held in Hangzhou, China. The games will start from September 10, 2022 and continue till September 25. India lead in the 5-match Test Series against England by winning 2 of the 4-matches played and drawing the 1st match, that was held between 4th August and 6th September 2021, in England.The Fifth match of the series was cancelled due to COVID-19 outbreak among 4 of the Indian crew members.
Virat Kohli – Fastest Cricketer to reach 23,000 International runs
During the Test series, Virat Kohli broke the long-standing record of Sachin Tendulkar to become the fastest to score 23,000 international runs in Cricket.
Jasprit Bumrah becomes Fastest Indian to take 100 Test wickets
During the 4th Test, Indian fast bowler, Jasprit Bumrah became the fastest Indian bowler to take 100 test wickets. He achieved this in just 24 games, surpassing Kapil Dev, who reached the mark in 25 Test matches.
About International Cricket Council (ICC):
Chairman – Greg Barclay (New Zealand)
Headquarters – Dubai, UAE
>>Read Full News Former Union Minister and Congress leader Oscar Fernandes passed away in Mangaluru, Karnataka. He was 80 year old.
About Oscar Fernandes
i.He was born in March 27, 1941 Udupi district of Karnataka.
ii.Fernandes was also a trained performer of Yakshagana, the traditional art form of coastal Karnataka.
iii.Political Career- He has served as the Union Cabinet Minister for Transport, Road and Highways during the time of  2013-14. He was elected as the Member of Parliament (MP) in Lok Sabha from Udupi constituency during 1980-1996 and MP of Rajya Sabha during 1998-2021 from Karnataka constituency.
iv.During the same time, he was provided additional charge of the Ministry of Labour and Employment.
v.He has also served as the Chairman of the Central Election Authority of the All India Congress Committee (AICC).
vi.He is the founder of the ” Jolly Club” NGO. The NGO provides library room facilities for the youth.
vii.He was the Director of the Young Indian and Director of the Associated Journals Private limited.

Trophies
i.Roy guided his club to win the Rovers Cup in 1968, 1970, 1971, 1972 (joint-winners).
ii.Dr HK Mookherjee Shield in 1968 and 1969 (joint-winners).
iii.Amrita Bazar Patrika Centenary Trophy and the Babu Kunwer Singh Shield in 1968.
iv.Nehru Trophy in 1970.
Additional information
Mohun Bagan Athletic Club is an Indian professional sports club based in Kolkata, West Bengal.
It was founded in 1889.

Dr Bharati Pravin Pawar, Minister of State(MoS), Ministry of Health and Family Welfare(MoHFW), inaugurated a digital population clock at the Institute for Economic Growth(IEG) inside the University of Delhi. 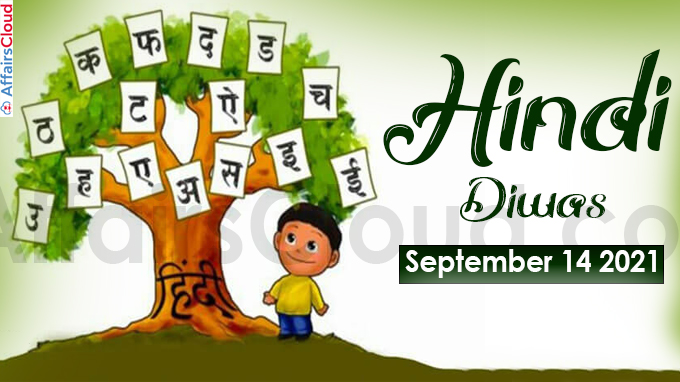 National Hindi Diwas is annually observed across India on September 14th to commemorate the adoption of Hindi in the Devanagari Script as one of the official languages of India.
The day aims to promote the progressive use of Hindi and for the enrichment and promotion of the Hindi Language.
Background:
i.The government of India led by Prime Minister Jawaharlal Nehru declared the 14th September of every year as the Hindi Diwas to highlight the significance of the day on which Hindi became one of the official languages of India along with English.
ii.The day also marks the birth anniversary of the acclaimed Hindi Stalwart, Beohar Rajendra Simha, the illustrator of the original final manuscript of the Constitution of India
Hindi Pakhwada 2021 – 1st to 15th September:
The Films Division,  under the Ministry of Information & Broadcasting(MIB), has been observing Hindi Pakhwada from 1st September 2021 to 15th September 2021 to encourage the use of practical Hindi among the officers and officials.
About Ministry of Information & Broadcasting(MIB):
Union Minister– Anurag Singh Thakur(Constituency- Hamirpur, Himachal Pradesh)
Minister of State– Dr. L. Murugan
>>Read Full News