We are here for you to provide the important Recent and Latest Current Affairs 15 June 2021, which have unique updates of Latest Current Affairs 2021 events from all newspapers such as The Hindu, The Economic Times, PIB, Times of India, PTI, Indian Express, Business Standard and all Government official websites. 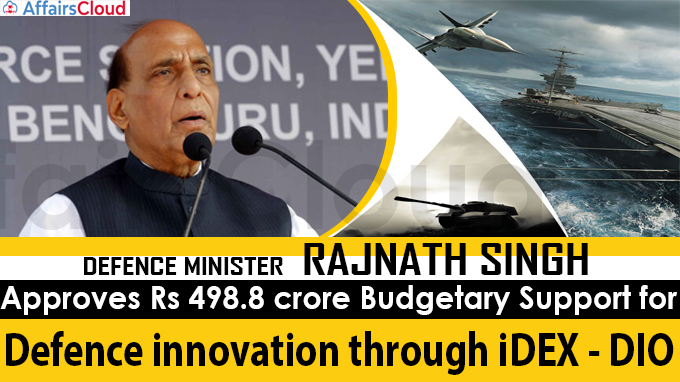 Anemia Mukt Bharat Index
The Anemia Mukt Bharat (AMB) strategy  was launched in 2018 to reduce prevalence of Anemia all over India. It is an initiative of the Ministry of Health and Family Welfare (MoHFW) & United Nations Children’s Fund (UNICEF).
i.AMB is part of the Intensified National Iron Plus Initiative (NIPI) program and comes under the Prime Minister’s Overarching Scheme for Holistic Nourishment (POSHAN) Abhiyaan. 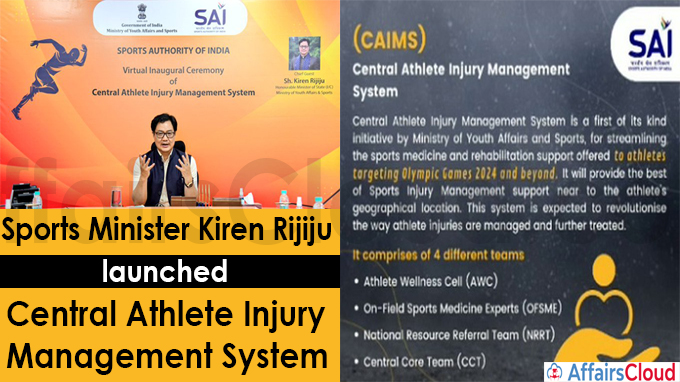 Indian Space Research Organisation (ISRO) will assist development projects in the North Eastern (NE) states by offering optimum utilisation of satellite imaging and other space technology for the accomplishment of targets. It is the 1st of a kind in India, where ISRO is involved in an institutionalised involvement of ISRO in mapping and sharing of data for developmental projects. Country-wise Spending On Nuclear Weapons in 2020:

The 47th G7  Leaders’ Summit 2021 (Outreach Session of the G7 meeting) took place in a Hybrid format from June 11-13, 2021 at Cornwall, United Kingdom (UK). It was hosted by the United Kingdom (UK) as it holds the Presidency of G7 for 2021.  Indian Prime Minister Narendra Modi virtually participated in the meeting. Albania, Brazil, Gabon, Ghana and the United Arab Emirates(UAE) were elected by the 75th session of the General Assembly as the non-permanent members of the United Nations Security Council (UNSC) for the 2022-23 term.

Note – The newly elected members will replace the vacating members in the assembly
About the Election Process:
i.The election will be based on regional representations, and the candidates require a two-thirds majority in the General Assembly to be elected, even if candidates are running unopposed in their regional group.
ii.Regional distribution:
a.The 10 non-permanent seats distribution

Exception – Countries competing for 1 regional seat could decide to split the term between them. But since 1966, this only happened once, in 2016, when Italy and the Netherlands agreed to split the 2017-2018 term.
About United Nations Security Council (UNSC):
UNSC is the only U.N. body that can make legally binding decisions like imposing sanctions and authorizing use of force.
Establishment – 1945
Headquarters – New York, United States
Presidency – The presidency of UNSC is held by each of the members in turn for one month, following the English alphabetical order of the Member States’ names. According to the weekly statistical data of the Reserve Bank of India(RBI), India’s total foreign exchange (forex) reserves crossed the USD 600 billion mark for the 1st time after increasing by USD 6.842 billion (~44 lakh crore) in the week ended June 4, 2021. It was due to a rise in foreign currency assets (FCA), a major component of the overall reserves.
Key Facts of Weekly Forex Reserve as of June 4,2021:
i.FCA: It is increased by USD 7.362 billion to USD 560.890 billion. Whereas in the previous week ended May 28, 2021, the reserves had increased by USD 5.271 billion to USD 598.165 billion.

ii.Gold reserves: It is declined by USD 502 million to USD 37.604 billion
iii.The special drawing rights (SDRs) with the International Monetary Fund (IMF): It was reduced by USD 1 million to USD 1.513 billion.
iii.The reserve position with the IMF: It also dropped by USD 16 million to USD 5 billion in the reporting week.
iv.At $605 billion, India ties with Russia as fourth largest forex reserves holder
Point to be noted about Forex Reserve:
The RBI Act, 1934 provides the legal framework for the deployment of forex reserves, in which under Section 17 of the same act, RBI permits forex reserves investment only in following investment categories.

ii.The legal framework for administration of exchange control in India is provided by the Foreign Exchange Management Act(FEMA), 1999. Noted Zimbabwean novelist Tsitsi Dangarembga has been declared as the winner of the 2021 Pen Pinter Prize for charting the development of Zimbabwe from a British colony to an autocratic and troubled free state through her writing career of 30-years.
She will receive the award at a ceremony hosted by British Library and English PEN in October 2021.
About Tsitsi Dangarembga:
i.Tsitsi Dangarembga was shortlisted for Booker Prize 2020 for her work, ‘This Mournable Body’.
ii.She has also authored the book titled “Nervous Conditions”.
iii.She was arrested in 2020 while she was protesting and taking a stand against corruption.
About PEN Pinter Prize:
The PEN Pinter Prize is an annual literary prize established in 2009 in memory of Nobel-Laureate playwright Harold Pinter.
The prize is awarded to a writer resident in the United Kingdom, the Republic of Ireland, the Commonwealth or the former Commonwealth, for their writing in English which shows a fierce intellectual determination to define the real truth of our lives and our societies’. The Mahatma Gandhi National Council of Rural Education (MGNCRE) released a list of 400 colleges across India that have actively participated in keeping their campuses clean and tidy.Those institutions will receive the ‘One District One Green Champion’ Award by MGNCRE, Union Ministry of Education, under Swachhta Action Plan 2020-21.

About Rebeca Grynspan:
i.Currently Rebeca Grynspan has also been serving as the secretary-general of the Ibero-American General Secretariat.
ii.She previously served as UNDP’s regional director for Latin America and the Caribbean, a member of the high-level panel on financing for development.
iii.She also served as Vice President of Costa Rica from 1994 to 1998.
iv.She was also the deputy administrator of the United Nations Development Program.
About UNCTAD:
UNCTAD is a permanent intergovernmental body established by the United Nations General Assembly in 1964. UNCTAD is part of the UN Secretariat and reports to the UN General Assembly and the Economic and Social Council.
Headquarters:Geneva, Switzerland
Member countries:195
Deputy Secretary-General: Isabelle Durant

Naftali Bennett Appointed as the 13th Prime Minister of Israel On 13th June 2021, Naftali Bennett was sworn in as the 13th Prime Minister of Israel. He succeeds Benjamin Netanyahu who has been serving as the PM of Israel for the past 12 years.

Audi AG, the German automobile manufacturer, has extended its association with Indian Cricketer Virat Kohli as its brand ambassador.

“Namaste Yoga” app:
The “Namaste Yoga” app is an information platform for the public to raise awareness about yoga and make it accessible for the larger community.
IDY 2021:
i.The event marks the beginning of a 10-episode series on various aspects of the Common Yoga Protocol which will be telecasted on Doordarshan(DD) from 12th June to 21st June 2021.
ii.The series is produced by MDNIY.
About Ministry of AYUSH:
AYUSH– Ayurveda, Yoga & Naturopathy, Unani, Siddha and Homoeopathy
Minister Of State (IC)– Kiren Rijiju (Constituency: Arunachal West, Arunachal Pradesh) A 15-meter-tall tree, Pyrostria laljii, the new species that belongs to the genus of the coffee family, was recently discovered from the Andaman Islands by a team of researchers from India and the Philippines. The discovery was published by M.C. Naik, Botanical Survey of India, M. Bheemalingappa, and Axel H. Arriola, Philippines

Unique Features of Pyrostria laljii:
i.The tree has umbellate inflorescence with 8-12 flowers and the colour of the flowers varies from white to cream, and turns brown after pollination.
ii.Naik and Singh have also discovered a new species of pokeweed named ‘Rivina andamanensis’, representing the 1st record of the pokeweed family Petiveriaceae in the Andaman and Nicobar Islands. 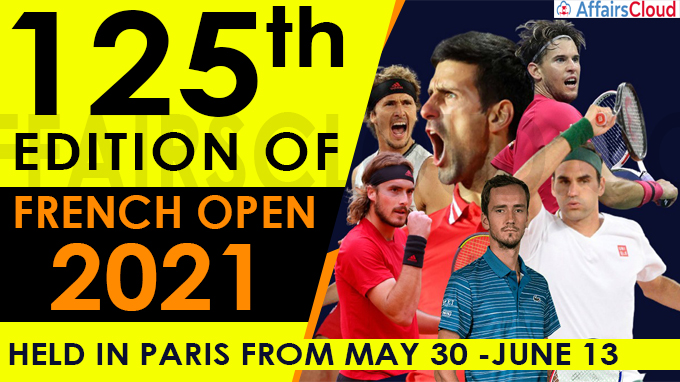 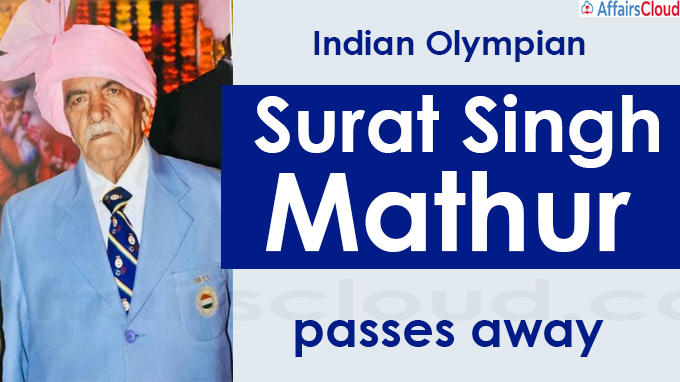 India’s Olympic Marathoner Surat Singh Mathur, the first athlete from Independent India to complete the Olympic marathon race, at the 1952 Helsinki Games, passed away in Delhi.
He was born in Mohammadpur Majri Village(Karala), Delhi.
Note:
Though Chhota Singh was the first athlete to represent Independent India in the marathon event at the 1948 London Olympics, he did not complete the race.
About Surat Singh Mathur:
i.At the 1952 Olympics, Surat Singh Mathur completed the marathon race in 52nd place.
ii.He won the bronze medal at the 1st Asian Games held in 1951 in Delhi.
iii.He has won 2 Gold Medals in the National Championships.
iv.The Olympic Council of Asia honoured him during the inauguration of its headquarters in Kuwait City in 2009.

Noted Kannada poet Siddalingaiah passed away on due to Covid-19 related ailments.He was Popularly known as “Dalita Kavi” (Dalit Poet).
He was one of the co-founders of Dalit Sangharsh Samiti, along with Prof. B. Krishnappa, Devanuru Mahadeva and K.B. Siddaiah in 1974.
His autobiography named “Ooru Keri” was published in 1997.
He was nominated as a member of the Karnataka Legislative Council.
He was awarded the Pampa Award, the highest literary award of Karnataka, in 2019. 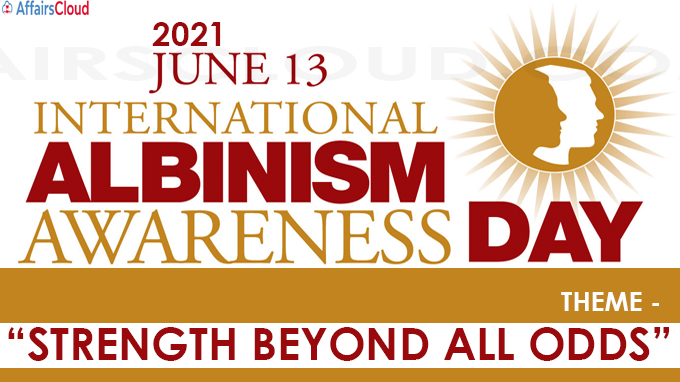 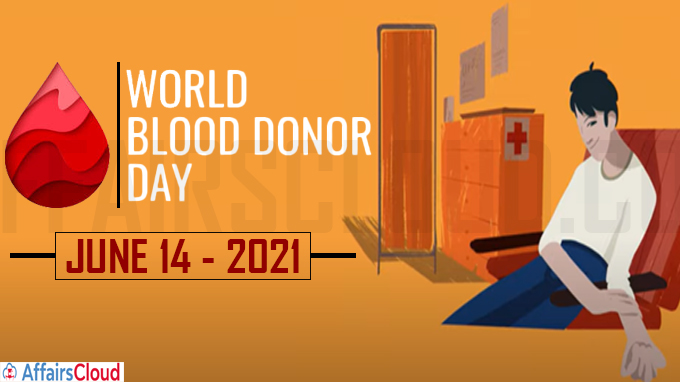 Flipkart to implement ‘Medicines from the Sky’ project in Telangana 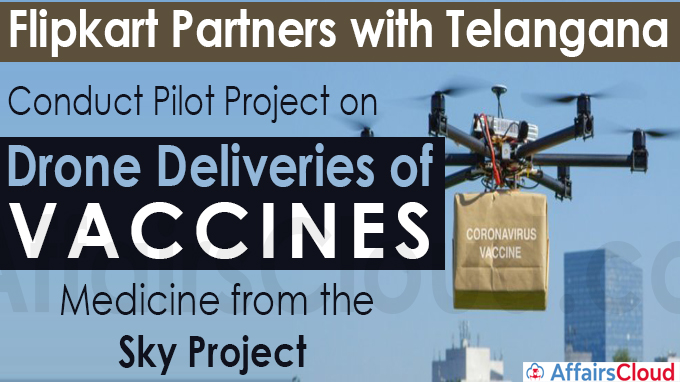