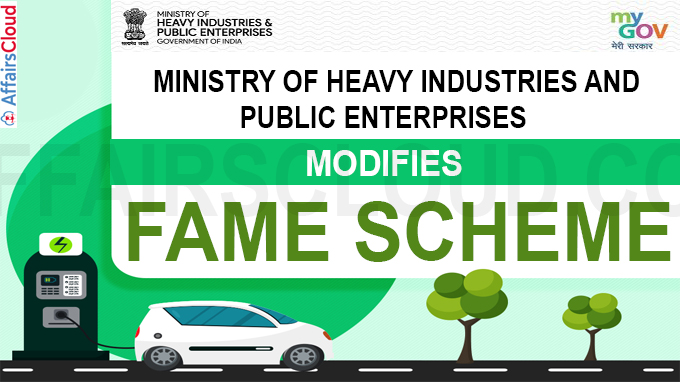 About FAME India Phase I

i.FAME – India [Faster Adoption and Manufacturing of (Hybrid &) Electric Vehicles in India] to promote hybrid/electric technology in transportation so as to reduce dependency on fossil fuel.

‘Global EV Outlook 2021’ – the recently released Annual Report of the International Energy Agency (IEA) has stated that the sale of Electric Vehicles (EVs) will be more than 30% of new vehicle sales in India by 2030.

About Ministry of heavy industries and public enterprises(MoHI&PE):