We are here for you to provide the important Recent and Latest Current Affairs 15 & 16 August 2021, which have unique updates of Latest Current Affairs 2021 events from all newspapers such as The Hindu, The Economic Times, PIB, Times of India, PTI, Indian Express, Business Standard and all Government official websites. 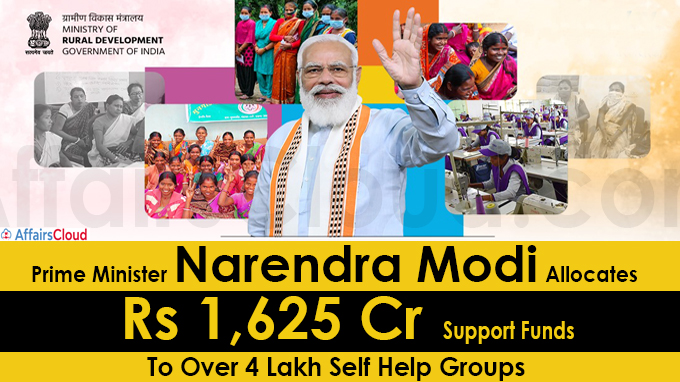 On August 12, 2021, the Prime Minister (PM) Narendra Modi virtually participated in ‘Atmanirbhar Narishakti se Samvad’  where he interacted with women Self Help Groups (SHG) members/community resource persons promoted under the Deendayal Antyodaya Yojana-National Rural Livelihoods Mission (DAY-NRLM).
Release of funds:
During the event, he released capitalization support funds of Rs. 1625 Crore to over 4 lakh SHGs as a major financial support to increase the scope of entrepreneurship among women on lines of AatmaNirbhar Bharat. In August 2021, the Ministry of Environment, Forest and Climate Change announced the addition of 4 more wetlands from India, 2 each from Gujarat and Haryana in ‘The Convention on Wetlands of International Importance’/ Ramsar Convention.
Key Points:
i.Ramsar sites that are included:

ii.With this, the number of Ramsar sites in India became 46 and the surface area covered by the Ramsar sites became 1,083,322 hectares.
iii.Haryana got its 1st Ramsar sites and Gujarat’s total sites count reached 3 (along with Nalsarovar, which was declared in 2012).
About Ramsar Convention:
i.The Ramsar Convention on Wetlands is an intergovernmental treaty that was recognised by the United Nations (UN) and registered with the UN. The Secretariat of the Ramsar Convention is hosted & administered by International Union for Conservation of Nature (IUCN).
ii.It provides framework for the conservation and wise use of wetlands and their resources.
iii.The Convention was adopted in the Iranian city of Ramsar in 1971 and came into force in 1975.
Note – World Wetlands Day will be celebrated on February 2nd every year . The theme of 2021 is “Wetland and Water”.
About Ministry of Environment, Forest and Climate Change:
Union Minister – Bhupender Yadav (Constituency – Rajasthan)
Minister of State –  Ashwini Kumar Choubey (Constituency – Buxar, Bihar)
>>Read Full News The 7th IBSA (India, Brazil, South Africa) Academic Forum 2021 was held virtually on August 11-12, 2021. It was hosted by the Research and Information System for Developing Countries (RIS), an autonomous think-tank of the Ministry of External Affairs, Government of India. Invest India, the National Investment Promotion and Facilitation Agency of the Government of India has joined the ‘International Climate Summit 2021 (ICS 2021)’ as co-organizer. 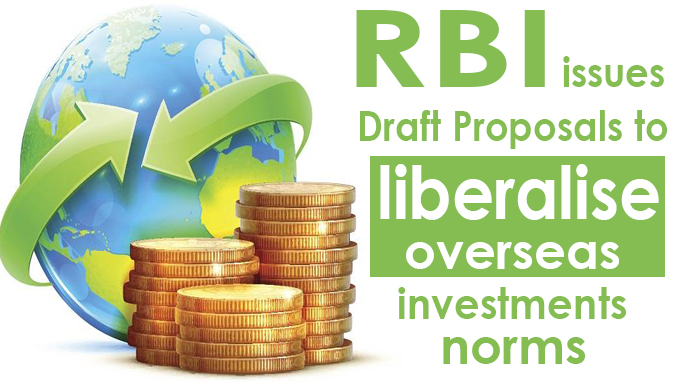 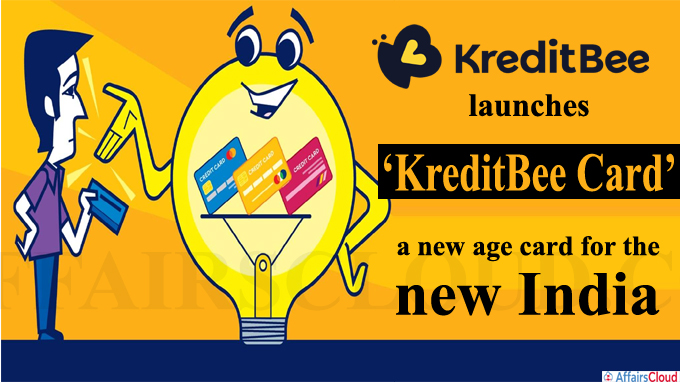 Features of KreditBee Card:
i.Under the card, the customers could avail credit limit of up to Rs 10,000, which has to be repaid in a single billing cycle within 45 days.
ii.As the KreditBee card is a credit-line backed prepaid card, the amount will be loaded into the account once the user sends a purchase or drawdown request.
iii.The virtual card/e-card could be generated on the KreditBee app immediately through the AI (Artificial intelligence)-driven underwriting process.
iv.It enables the customers to make instant transactions and upgrade their credit limit within a single billing cycle.
v.The card offers versatility and flexibility in terms of ticket size and repayment options.
vi.KreditBee intends to offer 1 million cards by the end of FY22. The card launch will increase the penetration of RuPay cards in India.
About KreditBee:
Headquarters – Bangalore, Karnataka
Co-Founder and CEO – Madhusudan Ekambaram 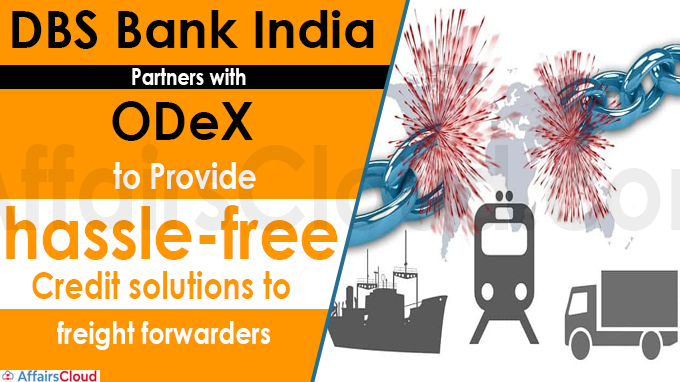 In August 2021, the National Payments Corporation of India (NPCI) announced the launch of a strategic campaign named #FollowPaymentDistancing by RuPay.

Key Points:
i.The campaign was launched on social media platforms and digital channels to emphasises ‘payment distancing’ as a key measure and urges people to break the chain and to follow campaign ‘#FollowPaymentDistancing’ with RuPay Contactless card.
ii.The campaign will educate the merchants and consumers about the benefits of using contactless payments.
iii.Contactless payments will support the merchants to offer their consumers a safer, cleaner way to pay, reduce long queues at checkout counters, and more control over physical space.
iv.RuPay Contactless card will enable the customers to pay up to Rs 5,000 with the ‘Tap and Pay’ option at the merchant location without entering the pin. The customers could also use the RuPay AUTOPAY facility service for contactless payment services. RuPay also plans to launch a RuPay On-The-Go Wearable technology.
Note – Presently, RuPay cards are issued by more than 1,100 banks which include Public Sector Banks, Private Sector Banks, Regional Rural and Co-Operative Banks.
About National Payments Corporation of India (NPCI):
RuPay, the first-of-its-kind global card payment network from India is the product launched by NPCI in March, 2012.
Establishment – 2008
Headquarters – Mumbai, Maharashtra
MD & CEO -Dilip Asbe 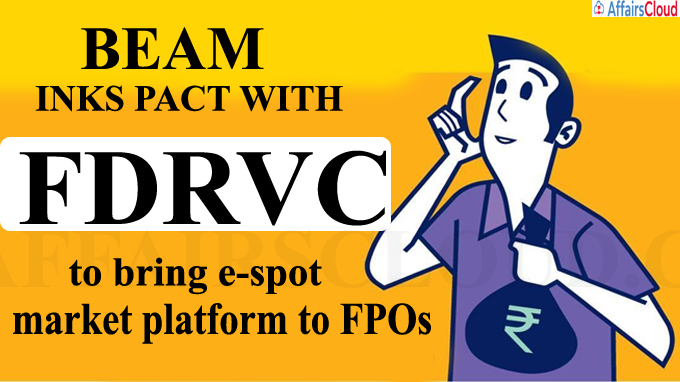 BSE E-Agricultural Markets Ltd (BEAM), a wholly-owned subsidiary of BSE has signed a memorandum of understanding with the Foundation for Development of Rural Value Chain (FDRVC) to strengthen the price discovery mechanism of the commodities traded by the Farmer Producer Organisations(FPOs).
The BEAM platform was launched in December 2020 by BSE.
Aim:
The MoU aims to support FPOs supported by FDRVC to avail the market Technologies offered by BSE, specifically the customised e-market solutions of FPOs.
Features of the MoU:
i.This MoU will enable both BEAM and FDRVC to collaborate with the outcomes for smallholder farmers(SHF).
ii.Both the entities will adopt the ecosystem approach and work with the institution to bring significant inputs to strengthen the rural value chain in India.
iii.FDRVC intends to leverage the strengths of the larger BSE ecosystem like BSE SME Exchange and BSE Institute to strengthen the overall capabilities of the FPOs.
Note:
This MoU is in line with the objective where the FPO’s of India would get access to the BSE Ecosystem including BEAM”s e-spot markets.
Benefits of BSE’s electronic spot platform:
Access to the regulated and transparent marketplace, direct access to multiple buyers, receipt of cash directly into the account of beneficiary and reduction in intermediate costs.
About BSE E-Agricultural Markets Limited (BEAM):
CEO- Rajesh Kumar Sinha
Headquarters– Mumbai, Maharashtra.
About Foundation for Development of Rural Value Chain (FDRVC):
FDRVC is a joint initiative of the Ministry of Rural Development and Tata Trusts
CEO- Alok Kumar De
Headquarters– Delhi
Launched in 2019

CCI Approved the Acquisition of 9.3% stake in Grofers India & HoT by Zomato 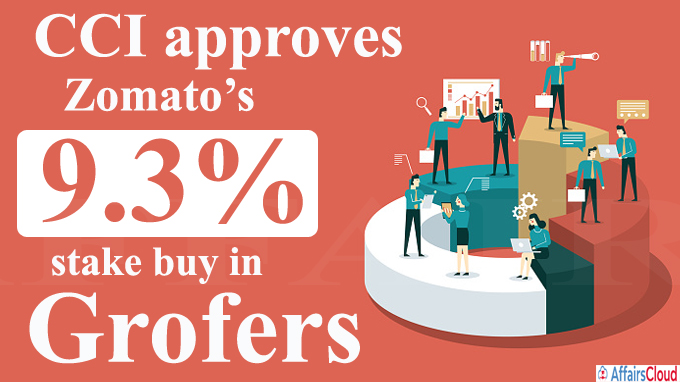 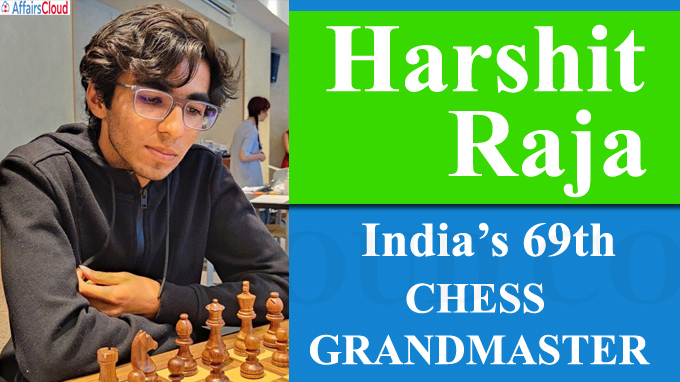 20 year old Harshit Raja from Pune, Maharashtra became the 69th Chess GrandMaster of India after drawing his game against Dennis Wagner at the Biel Masters Open

Grandmaster Title
i.GM is a title awarded by FIDE(International chess federation).It is the highest title a chess player can obtain apart from World Champion.
ii.In order to qualify for the title of GM,a player must achieve 3 GrandMaster norms in events covering a minimum of 27 games and an ELO(Electric Light Orchestra) rating of at least 2500 at any point in their career.
iii.Vishwanathan Anand is India’s 1st GM, he achieved it in 1988. Former Indian Cricketer Unmukt Chand (28) announced his retirement from Indian Cricket. He was the captain of the Indian Under-19 team which won the World Cup in 2012 held at Australia.

The book “Ramrao: The Story of India’s Farm Crisis” authored by Jaideep Hardikar” 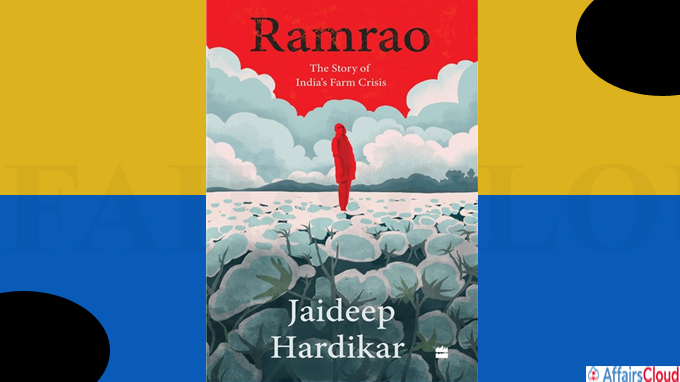 Rural Journalist Jaideep Hardikar has authored a new book titled “Ramrao: The Story of India’s Farm Crisis” which offers insights into the crisis faced by farmers. The book published by  HarperCollins India features the biography of Ramrao Panchleniwar, a cotton farmer from Vidarbha, Maharashtra.

About Jaideep Hardikar:
i.Jaideep Hardikar, a Nagpur-based senior journalist, writer and researcher.
ii.He is a member of the People’s Archive of Rural India.
iii.He is working as the Central India Correspondent of ‘Telegraph’.
iv.He authored the book titled “A Village Awaits Doomsday” in 2013
v.He has won various awards which includes Sanskriti Award for young journalists in 2003 for reporting on rural issues The World Prediabetes Day will be annually observed across the globe on 14th August starting from 2021. The day aims to create awareness about Prediabetes and to reduce the increasing rate of diabetes.

Why August 14?
World Prediabetes Day(August 14) has been strategically chosen 90 days before World Diabetes day (14 November) since scientifically it takes 90 days to change the lifestyle to reverse Prediabetes and prevent progression to diabetes.
Prediabetes:
Prediabetes is a health condition where blood sugar levels are higher than normal, but not high enough to be diagnosed as type 2(lifestyle induced) diabetes.
>>Read Full News

Prime Minister(PM) Narendra Modi declared the 14th August as the “Partition Horrors Remembrance Day” to acknowledge the difficulties faced by the Indians during the partition of India in 1947.
The day aims to remind the people that hatred and violence is never a solution and inspire them to work towards social harmony and sensitivity. On the occasion of International Day of World’s Indigenous People Day i.e. August 9, 2021, the Chief Minister (CM) of Chhattisgarh Bhupesh Baghel recognized Community Forest Resource Rights in an urban area, making it the first state in India to do so.

Areas in which rights were recognized: Dhamtari district & Sitanadi Udanti Tiger Reserve
iThe state has recognized forest rights of three wards in Nagari nagar panchayat of Dhamtari district with 4,132.33 hectares of forests. These include the following:

ii.The other area recognized with these rights is Sitanadi Udanti Tiger Reserve with 5553.26 hectares of forests spread across Dhamtari and Gariyaband districts. The reserve is spread over the following:

What is Community Forest Resource Right?
Section 3 (1) (i) of the Scheduled Tribes and Other Traditional Forest Dwellers (Recognition of Forest Rights) Act, 2006, recognized by Forest Rights Act (FRA), 2006, gives right to protect, regenerate or conserve or manage any community forest resource which the people from tribal communities have been traditionally protecting and conserving for sustainable use. The Chief Minister (CM) of Kerala Pinarayi Vijayan inaugurated the India’s first first-of-its-kind Drone Forensic Lab and Research Centre in Thiruvananthapuram, Kerala during a function held in the SAP (Special Armed Police) parade ground. Notably, it was launched by the State police of Kerala.