We are here for you to provide the important Recent and Latest Current Affairs 11 & 12 April 2021, which have unique updates of Latest Current Affairs 2021 events from all newspapers such as The Hindu, The Economic Times, PIB, Times of India, PTI, Indian Express, Business Standard and all Government official websites. According to data released by MoPNG’s (Ministry of Petroleum & Natural Gas) Petroleum Planning and Analysis Cell (PPAC), India’s fuel demand declined by 9.1% in FY 2020-21 due to nationwide lockdown caused by COVID-19. It is the first time since 1998-99 that India has registered a decline in fuel consumption. 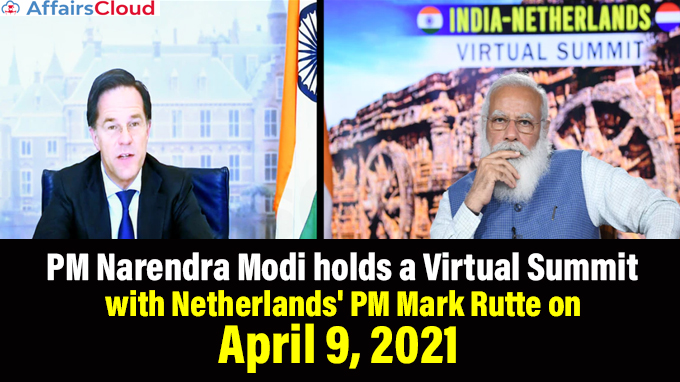 John Kerry, United States(US) Special Presidential Envoy for Climate visited India from 5th to 8th April 2021 to discuss the upcoming Leaders’ Summit on Climate which will be hosted by Joe Biden, President of the US and the key climate issues in the context of COP26.

Haryana state govt. has approved allotment of 140 acres of land for e-commerce major, Flipkart for setting-up asia’s largest fulfillment center in Manesar, Gurugram, Haryana. Unlike traditional warehouses, the fulfilment centres will be equipped with highly automated pick, pack, and shipping processes to facilitate safe and timely processing of orders.

The land, belonging to Haryana State Industrial and Infrastructure Development Corporation Limited (HSIIDC), has been allotted at a price of ₹3.22 crore per acre. i.India highlighted the initiatives taken by it to curb climate change, About the Ghaziabad’s bond:

About the RBI’s study on Green bonds: RBI has revised the Quarterly Projection Model (QPM) to enrich the model’s analytics and to capture the interactions between the fiscal and monetary policy with real-economy elements. On April 8, 2021, The Reserve Bank of India (RBI) announced its first purchase of government securities for an amount of Rs 25,000 crore under the G-sec Acquisition Programme (G-SAP 1.0), the purchase was planned to be held on April 15, 2021.
Background:

Government securities are government debt issuances used to fund daily operations, and special infrastructure and military projects. They guarantee the full repayment of invested principal at the maturity of the security and often pay periodic coupon or interest payments.
>>Read Full News 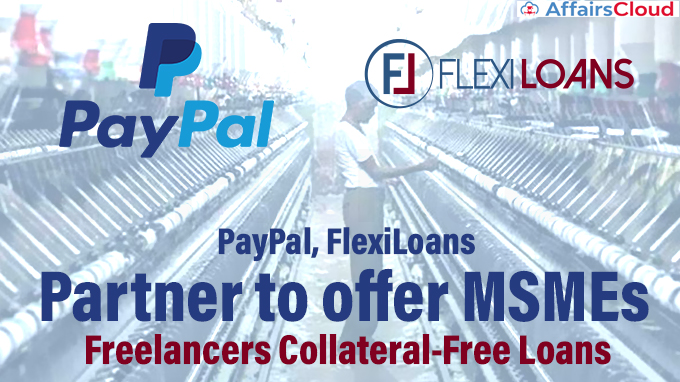 The International Monetary Fund’s (IMF) Policy Panel has authorized a USD 650 billion expansion of its International Reserve Asset (known as Special Drawing Rights (SDR)). It is the largest ever increase of reserves in IMF’s history. 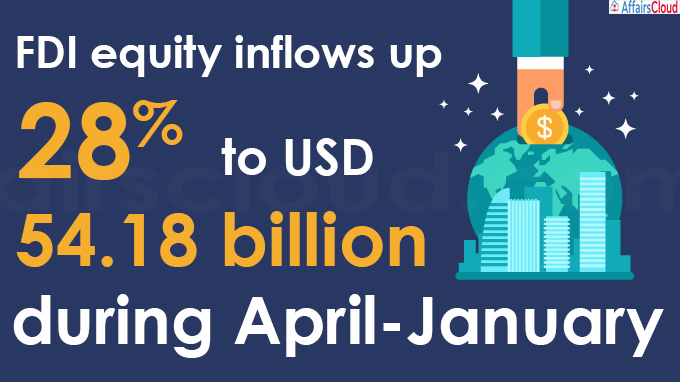 As per the Commerce and Industry Ministry data released on April 4, 2021, the Foreign Direct Investment (FDI) equity inflows into the country during April-January 2020-21(first ten months of FY21) grew up by 28% to $54.18 billion in comparison with the April-January of FY20 which stood at $42.34 billion.

FDI: FDI is an investment in the form of a controlling ownership in a business in one country by an entity based in another country.
About Ministry of Commerce and Industry:
Union Minister – PiyushGoyal (Constituency- Rajya Sabha, Maharashtra)
Minister of State -Hardeep Singh Puri (Constituency- Uttar Pradesh), SomParkash (Constituency- Hoshiarpur, Punjab)

On 5th April 2021, Poonam Gupta, economist of World Bank(WB) was appointed as the first woman Director General(DG) of the National Council of Applied Economic Research (NCAER). She will succeed Shekhar Shah, DG of NCAER since 2011, and assume office as the new DG of NCAER on 1st July 2021. 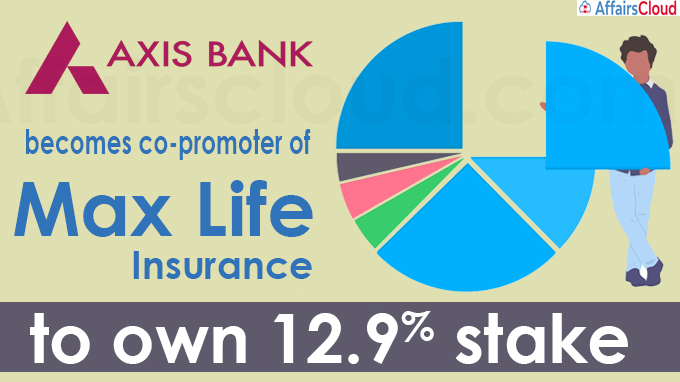 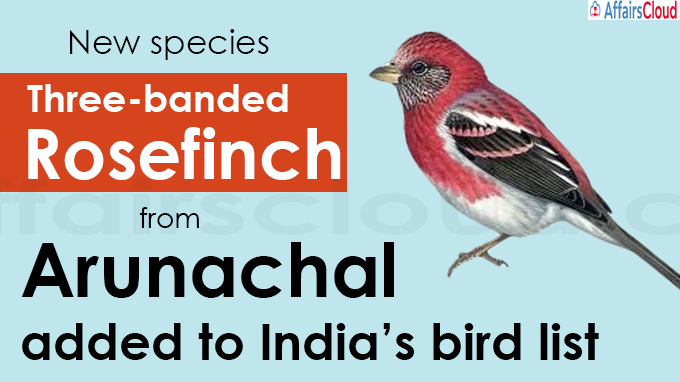 Research Team:
i.The team was led by Dr Girish Jathar, Assistant Director, BNHS.
ii.The other members of the team are, Atharva Singh and Himadri Shekar Mondal.
Note:
The discovery is a part of the BNHS’s intensive survey of finches across the Eastern Himalayas, a part of the study funded by Oracle.
Discovery:
i.The pair of three-banded rosefinch was sited at the Sela Pass (between Tawang and West Kameng) in Arunachal Pradesh at an altitude of 3852 meters above sea level.
ii.The altitude record of the species in India is higher than its known altitude records from China.
iii.This is the 5th new species recorded in India during 2021.

Britains’ Prince Philip, Duke Of Edinburgh Passed Away At 99 On 9th April 2021, Britain’s Prince Philip, the Duke of Edinburgh, husband of Queen Elizabeth II, the longest-serving royal consort in the history of British passed away at the age of 99 in Windsor Castle, London, United Kingdom. He was born as the Prince of Greece and Denmark on 10th June 1921 in Greece.
About Prince Philip:
i.Prince Philip joined the British Royal Navy in 1939 and served in the Mediterranean and Pacific during World War 2.
ii.He renounced his Greek title and became a British citizen and took his mother’s anglicised name, Mountbatten.
iii.King George VI bestowed the title of His Royal Highness on Philip and he was created Duke of Edinburgh, Earl of Merioneth and Baron Greenwich.
iv.He married Queen Elizabeth II on 20th November 1947 in Westminster Abbey.
v.He retired from public life in August 2017. On 3rd April 2021, Sanjay Chakraverty, the noted Shooting coach and the recipient of the Dronacharya Award, passed away at the age of 79 in Mumbai, Maharashtra. He hails from Uttar Pradesh.
About Sanjay Chakravarty:
i.He has trained many Indian shooters like AbhinavBindra, GaganNarang, Anjali Bhagwat and Suma Shirur, Deepali Deshpande, Anuja Jung and Ayonika Paul.
ii.He has served as India’s National Coach for around 4 decades.
Awards:
i.He received the Dronacharya Award in 2017 for his contribution in producing medal winners in the shooting.
ii.He was honoured with the DadojiKonddev Award by the Government of Maharashtra. On 9th April 2021, Narendra Modi, Prime Minister of India, released the Hindi translation of the book “Odisha Itihaas” authored by Dr Harekrushna Mahtab. The book available in Odia and English was translated into Hindi by Shankarlal Purohit.

Key People:
Dharmendra Pradhan, Union Minister of Petroleum and Natural Gas; and Minister of Steel and Parlimentarian Bhartruhari Mahtab (Lok Sabha – Cuttack) were present during the release.
About “Odisha Itihaas”:
The book “Odisha Itihaas” was authored by Dr Harekrushna Mahtab when he was imprisoned at the Ahmednagar fort Jail in 1942-1945.
About Dr.Harekrushna Mahtab:
i.Dr. Harekrushna Mahtab is one of the notable personalities in India’s Independence movement.
ii.He has served as the Chief Minister(CM) of Odisha for 2 terms, from 1946 to 1950 and 1956 to 1961. i.World Homeopathy or Homoeopathy Day is annually celebrated across the globe on 10th April to mark the importance of Homeopathy and its contribution to the field of medicine.
10th April 2021 marks the 266th Birth anniversary of Dr Christian Friedrich Samuel Hahnemann, a German physician and the founder of Homeopathy, He was born on 10th April 1755 in Paris, France.
ii.Aim:To create awareness about the benefits of Homeopathic treatment and medicines.
iii.The Central Council for Research in Homeopathy (CCRH) under the Ministry of AYUSH has organised a 2-day conference on the theme “Homeopathy – Roadmap for Integrative Medicine” from 10th – 11th April 2021 at VigyanBhawan, New Delhi.
>>Read Full News