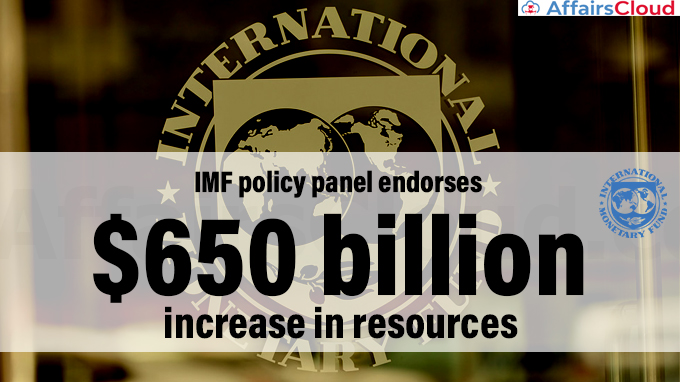 The International Monetary Fund’s (IMF) Policy Panel has authorized a USD 650 billion expansion of its International Reserve Asset (known as Special Drawing Rights (SDR)). It is the largest ever increase of reserves in IMF’s history.

What are Special Drawing Rights (SDR)?

i.It is an international reserve asset created by the IMF. It comprises the US dollar, the euro, Japanese yen, British Pound sterling and Chinese renminbi (or Yuan).

ii.Till date, SDR 204.2 Billion (equivalent to about USD 293 Billion) have been allocated to members.