We are here for you to provide the important Recent and Latest Current Affairs 10 June 2020, which have unique updates of Latest Current Affairs 2020 events from all newspapers such as The Hindu, The Economic Times, PIB, Times of India, PTI, Indian Express, Business Standard and all Government official websites. As India is the world’s second-largest producer of coal, it has decided to set up its first coal trading platform -a sort of ‘Coal exchange’, where a large number of sellers and buyers can get together to trade coal as a commodity.
It is to be noted that the coal ministry is likely to initiate auctions of about 50 coal blocks for commercial coal mining on June 11, 2020.
About Coal India Limited (CIL):
Headquarters– Kolkata, West Bengal
Chairman-cum-Managing-Director (MD)- Pramod Agarwal
<< Read Full News >>

56 schools to be reconstructed by Govt. of India in Nepal i.The Embassy of India and the Central Level Project Implementation Unit (CLPIU) of the Ministry of Education, Nepal signed 7 Memorandums of Understanding (MoUs) for re-building 56 higher secondary schools.
ii.The schools that has to be reconstructed is located in  Gorkha, Nuwakot, Dhading, Dolakha, Kavrepalanchowk, Ramechhap and Sindhupalchowk district of Nepal.
iii.The schools will be built as a part of 2.95 billion (Nepali rupees )grant to Nepal by the Government of India post-earthquake reconstruction.
About Nepal
President- Bidhya Devi Bhandari
Capital– Kathmandu
Currency– Nepalese rupee
<< Read Full News >> 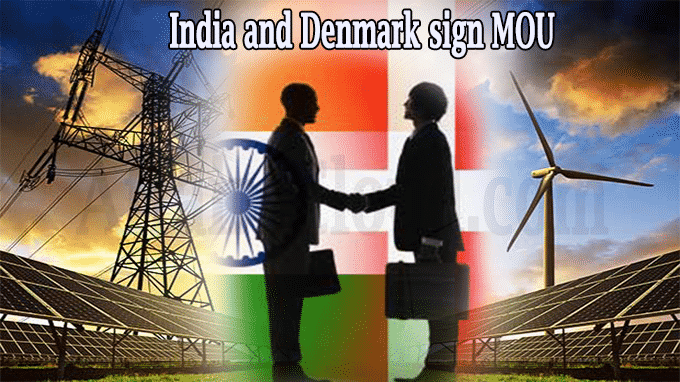 i.To promote strategic intervention in the power sector, a MOU was signed between India and Denmark.
ii.Indo -Denmark cooperation between the Ministry of Power, Government of the Republic of India and the Ministry for Energy, Utilities and Climate, Government of the Kingdom of Denmark.
iii.The MOU was signed by the Secretary (Power), Sanjiv Nandan Sahai and Ambassador of Denmark to India, Freddy Svane.
About the Ministry of Power & Ministry of New and Renewable Energy
Ministry of New and Renewable Energy (MNRE) is the nodal Ministry of the Government of India in New Delhi, for all matters relating to new and renewable energy.
Minister of State (IC) (Power, New & Renewable Energy)- Raj Kumar Singh
About the Danish Ministry of Climate, Energy and Utilities
The Danish Ministry of Climate, Energy and Utilities was established on 28 June 2015, when the utility area was added to the responsibilities of the Climate and Energy Ministry to ensure safety and efficiency within the areas of energy and utilities and to promote a greener and more sustainable society
Aim: The governmental goal is that Denmark will be independent of fossil fuels by 2050.
Minister for Climate, Energy and Utilities– Dan Joergensen
<< Read Full News >> i.The meet was held to restore status quo as on April 2020 end, which was effected by border standoff in eastern Ladakh in May 2020.
ii.The Indian delegation was led by Lieutenant General Harinder Singh, Commander of 14 Corps, while the Chinese side was headed by the Major General Liu Lin, Commander of the Tibet Military District.
iii.Due to the standoff between Indian and Chinese forces,  the Indo-Tibetan Border Police (ITBP) has operationalised its newly sanctioned twin commands viz. western headquartered at Chandigarh and eastern at Guwahati.
About ITBP:
Director General– Surjeet Singh Deswal
Headquarter– New Delhi
About China:
Capital– Beijing
Currency– Renminbi
President– Xi Jinping
<< Read Full News >> 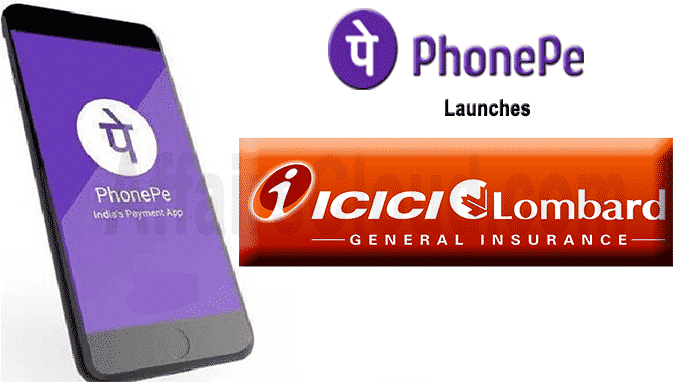 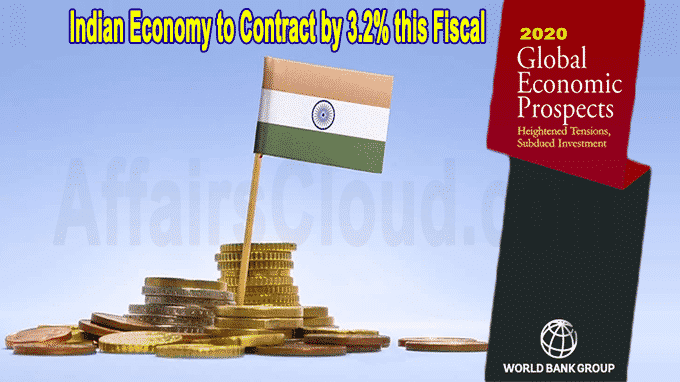 i.The Washington based multilateral lender, World Bank in its latest edition of the Global Economic Prospect (GEP) June 2020 analytical chapters reports states that India’s growth is contract by 3.2%(so growth is -3.2%) for FY20-21 .It was lower from 4.2% which forecasted in FY2019-20 at the end of March 2020.
ii.Acc. to the bank projections, the Indian economy will have a spillover impact in South Asian regional activities, In turn affecting the global outcome.
iii.The massive shock of the COVID-19 Pandemic and lockdown measures for its containment will lead to a contraction of the global economy by 5.2%(i.e. -5.2%) in 2020.
iv.The World Bank president David Malpass stated that an estimated 60 million people could be pushed into extreme poverty in 2020.
About the World Bank Group
The World Bank is one of the largest sources of funding for developing countries. It partners with 5 private sector institutions; The IBRD (The International Bank for Reconstruction and Development), IDA(The International Development Association ), IFC( The International Finance Corporation), MIGA ( The Multilateral Investment Guarantee Agency) and ICSID( The International Centre for Settlement of Investment Disputes)
President– David Malpass
<< Read Full News >> 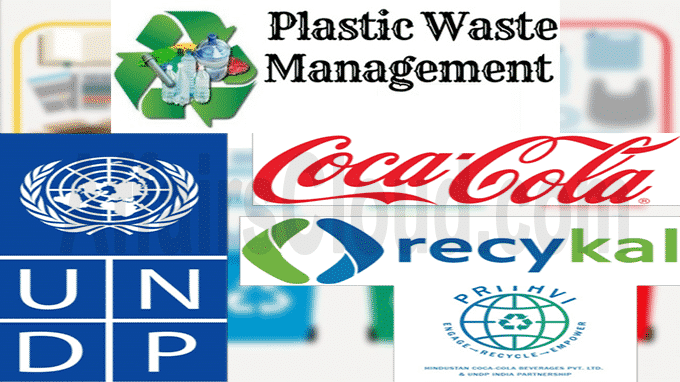 i.ARPIT (Airborne Rescue Pod for Isolated Transportation) by the Indian Airforce (IAF) for the evacuation of critical patients with infectious diseases from high altitude area, isolated and remote places.
ii.”Atma Nirbhar Bharat” call of Prime Minister Modi was encouraged by using aboriginal materials to fabricate this pod, the designed system has been developed at a cost of Rs 60,000 only, which is low when compared to imported systems costing up to Rs 60 Lakhs.
Objective: To access critical patients residing in high altitude area, isolated and remote places while keeping in mind the safety of the health worker modification has been made with suitable features.
The Indian Air force
The Indian Air Force was officially established on 8 October 1932 an auxiliary air force to the British empire. In 1947 after the Independence the from the British, The name “Royal Indian Air force” was regained as the title. After India became a Republic in January 1950 the Indian Air Force dropped the prefix “Royal’’ and since then is known as “The Indian Airforce”.
Chief of Air Staff- Rakesh Kumar Singh Bhadauria
<< Read Full News >> 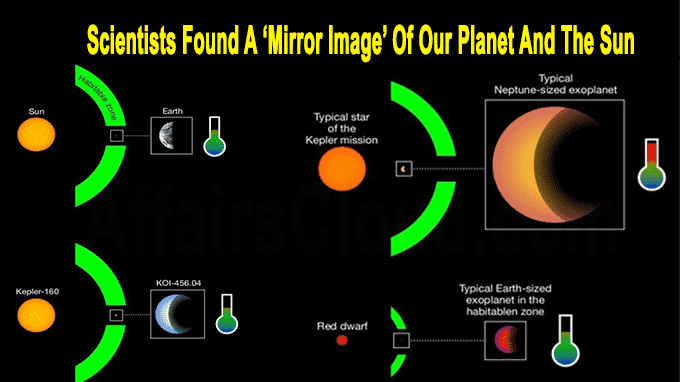 According to the research published in the journal Astronomy and Astrophysics, a team of scientists led by the Max Planck Institute for Solar System Research (MPS) in Gottingen (Germany) have discovered a new planet named KOI-456.04 & its host star called Kepler-160 by using Kepler Space Telescope.
i.The pair are quite similar to the Sun and the Earth which makes the planet potentially habitable as conditions are right for liquid water to exist.Scientist have mentioned the newly discovered planet, KOI-456.4,and its host star Kepler-160  as “mirror image” of our own planet and sun. i.A 23-year old Thane engineer, Pratik Tirodkar,  founder of a start-up PNT Solutions, Dombivali developed the world’s 1st ‘Internet-controlled’ robot named  ‘Coro-bot’ to address the needs of the hospitals treating COVID-19 patients.
ii.It is deployed for the 1st time in Holy Cross Hospital, Kalyan, Maharashtra.
iii.The company has created a special  application to operate Coro-bot from any location in the world using Internet of Things (IoT) technology, the 1st time in the world that this technique is being deployed in the medical field.
Static: Thane is a city situated in Maharashtra
About Maharashtra
Capital– Mumbai
Chief Minister– Uddhav Thackeray
Governor– Bhagat Singh Koshyari
<< Read Full News >> 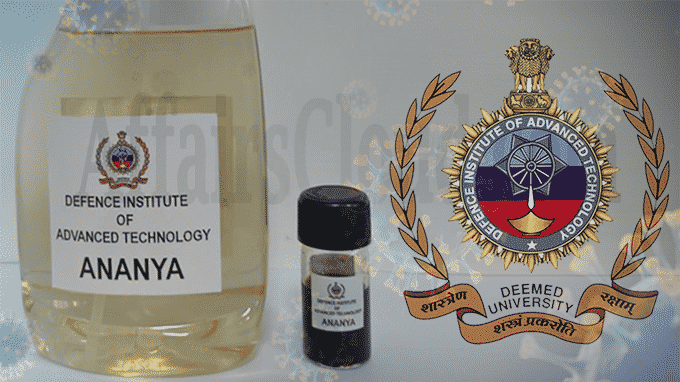 The Defence Institute of Advanced Technology(DIAT), Pune developed “ANANYA” water based disinfectant spray with nanotechnology assisted formulation. This can be used by the general public and healthcare workers and can be used for individual and large scale purposes.
ANANYA:
i.The toxicity level of the spray is negligible to humans and it stays effective for more than 24 hours.
ii.The spray can be stored and used for more than 6 months.
Uses:
i.The spray can be used on contaminated surfaces like masks, PPE, hospital linens, medical instruments, elevator buttons, door knobs, corridors and rooms.
ii.The spray is effective on materials like fabric, plastics and metallic objects.
iii.The formulation of the ANANYA prevents the entry of coronavirus into the human body and kills the virus that gets in contact with the layer sprayed with the disinfectant.
Production:
i.The DIAT will file for the patent.
ii.DIAT is planning for transfer of technology with industrial bodies for large scale manufacturing.
iii.The spray will be available in small bottles for individual purpose and atomizer sprayer for large scale use. 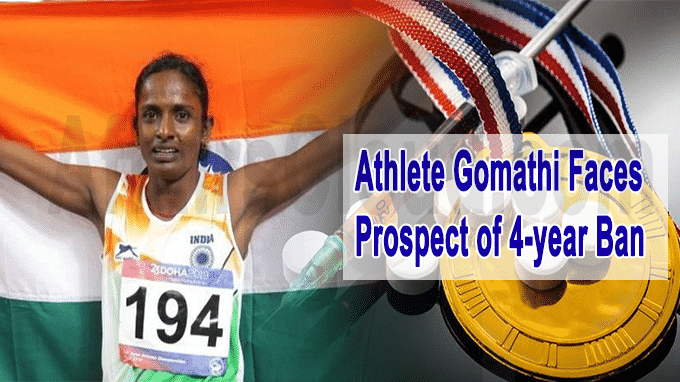 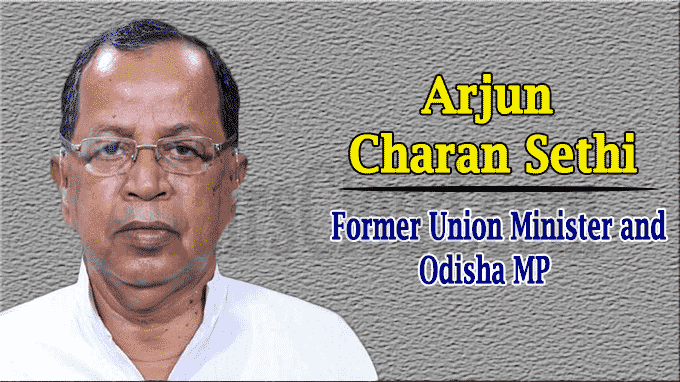 Gairsain in Chamoli district declared as summer capital of Uttarakhand Former Santosh Trophy National Football Championship player, Hamza Koya has  passed away at the age of 61 years after undergoing plasma therapy for Covid-19 infection in Kerala, who played as a wing-back position and represented Maharashtra in Santosh Trophy from 1981 to 1986.

S&P Global Ratings predicted that Indian economy will shrink 5 per cent in FY21 and the fiscal stimulus worth 1.2 percent of GDP will not be enough to provide significant growth support.In a report on emerging markets titled ‘Financial Conditions Reflect Optimism, Lockdown Fatigue Emerges” highlighted that the services sectors have been severely affected.