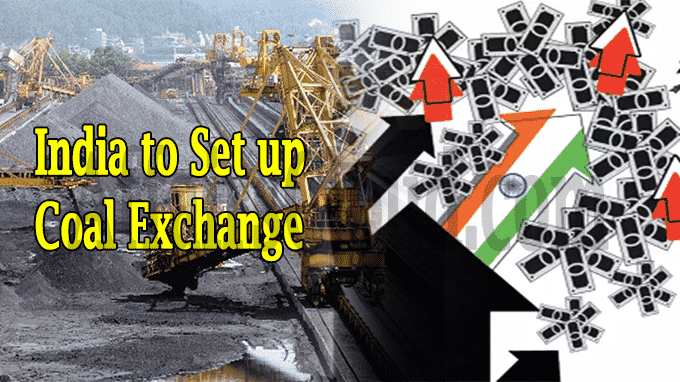 As India is the world’s second-largest producer of coal, it has decided to set up its first coal trading platform -a sort of ‘Coal exchange’, where a large number of sellers and buyers can get together to trade coal as a commodity.
It is to be noted that the coal ministry is likely to initiate auctions of about 50 coal blocks for commercial coal mining on June 11, 2020.

As per the May month report India’s coal importing was fallen by 20% to 18.93 million tonnes and by 2023-24 ,central plan to bring India’s ‘avoidable coal imports’ to become zero.

Background:
The Union Finance Minister Nirmala Sitharaman,while announcing reforms in the coal sector stated that the government’s monopoly in the coal sector would be completely lifted and liberalised entries will be allowed to enable more participation by people with the aim to increase coal production in India and reduce the dependence of imported coal.
India, which has the third largest coal reserves in the world, is still importing coal.