We are here for you to provide the important Recent and Latest Current Affairs 1 June 2021, which have unique updates of Latest Current Affairs 2021 events from all newspapers such as The Hindu, The Economic Times, PIB, Times of India, PTI, Indian Express, Business Standard and all Government official websites.

On May 29,2021, The Ministry of Education, Department of Higher Education, launched an Author Mentorship programme ‘YUVA (Young, Upcoming and Versatile Authors) – Prime Minister’s Scheme for Mentoring Young Authors’ to Train Young and Budding Authors (Below 30 Years of age).
Objective: To promote reading, writing, and book culture of Indians; to project Indian writings globally.
Key points:
i.Implementing Agency: The National Book Trust, India under the Ministry of Education will be the Implementing Agency of the scheme. They will execute the scheme in a phase-wise manner under well-defined stages of mentorship. ​
ii.Publisher: The books formulated under the scheme will be published by National Book Trust, India
iii.Selection: Under YUVA, 75 authors will be selected from 1 June – 31 July 2021 through an All India Contest, and the winners will be announced on 15 August 2021.
iv.Scholarship: Under the scheme, an author will get a consolidated scholarship of Rs 50,000 per month for a period of 6 months.
About Ministry of Education:
Union Minister – Ramesh Pokhriyal ‘Nishank’ (Lok Sabha MP, Constituency – Haridwar, Uttarakhand)
Minister of State – Sanjay Shamrao Dhotre (Lok Sabha MP, Constituency – Akola, Maharashtra)
>>Read Full News 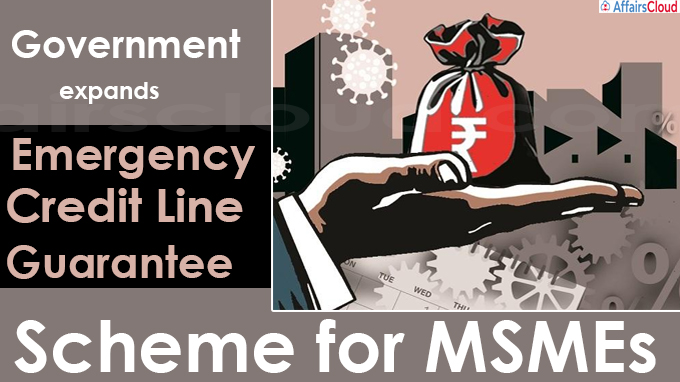 On May 30, 2021, the Ministry of Finance has extended the validity of the Emergency Credit Line Guarantee Scheme (ECLGS) for another 3 months till September, 30, 2021 or till guarantee for an amount of Rs 3 lakh crore is issued.

Room for Banks to Lend Rs 45,000 crore:
i.The disbursement under the Rs 3 lakh crore ECLGS scheme was also permitted up to December 31, 2021.
ii.Indian Banks’ Association Chief Executive Officer (CEO) Sunil Mehta stated that the validity extension will provide room for banks to disburse another Rs 45,000 crore out of Rs 3 lakh crore plan (Rs 2.54 lakh crore is covered already).
Key points about the Modifications in ECLGS:
i.ECLGS 4.0:  Under which, a 100 percent guarantee cover was offered to hospitals/nursing homes/clinics/medical colleges for setting up on-site oxygen generation plants for loans up to Rs 2 crore with an interest rate capped at 7.5 percent.
ii.ECLGS 3.0: Under ECLGS 3.0, the loan outstanding ceiling of Rs 500 crore for eligibility was removed and added the Civil Aviation sector to be eligible under it.
iii.ECLGS 1.0: Additional assistance up to 10 percent was enabled for loans given under ECLGS 1.0 (raising the total guaranteed loan to 30 percent) of outstanding as of February 29, 2020.
About Ministry of Finance:
Union Minister – Nirmala Sitharaman (Constituency – Karnataka).
Minister of State – Shri Anurag Singh Thakur (Constituency – Hamirpur, Himachal Pradesh).
>>Read Full News 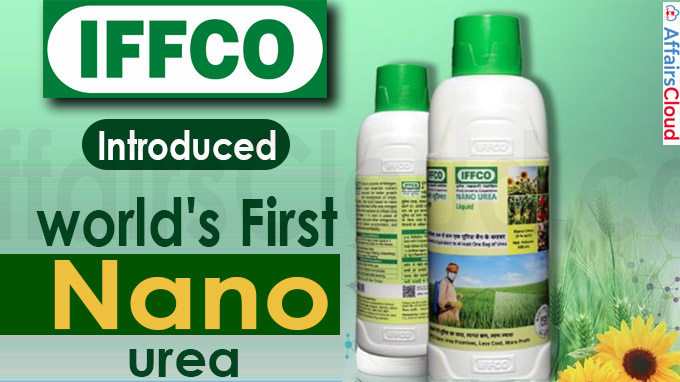 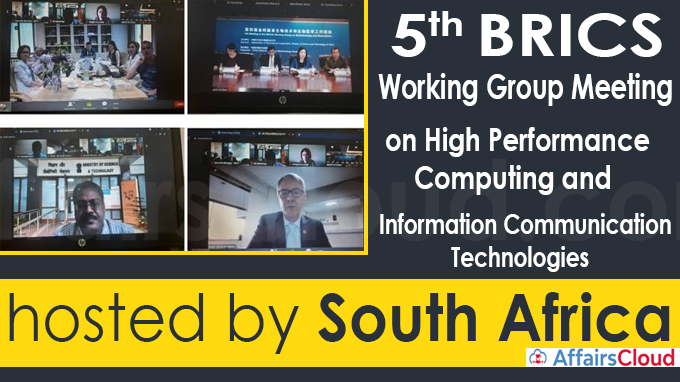 On 27th & 28th of May 2021, the 5th BRICS Working Group meeting on High Performance Computing (HPC) and Information Communication Technologies (ICT) was organised by South Africa in an Online mode. Key discussions were made on the use of HPC and Artificial Intelligence for fighting pandemics & sustainable development projects. Notion Press authors Nitin Rakesh and Jerry Wind won the International Business Book of the Year Award 2021 for their recently launched book Transformation in Times of Crisis.
This book  provides the knowledge to thrive business even in a crisis for entrepreneurs and business owners.
About Nitin rakesh:
i.Nitin Rakesh is the Chief Executive Director(CEO) and Executive Director of IT major Mphasis.
ii.He has won ‘Gold Stevie Award’ for Tech Innovator of the Year in 2019.
About Jerry Wind:
i.Jerry Wind is an internationally renowned academician and is currently Lauder Professor Emeritus and Professor of Marketing at the Wharton School, University of Pennsylvania.
ii.He is the recipient of various awards, including the four major marketing awards, The Government has reconstituted 6 empowered groups(EG)set up for Covid-19 into 10 under section 10(2)(h) and (i) of the Disaster Management Act, 2005 to manage the current Covid-19 situation by expanding their scope to look into issues like availability of oxygen, vaccination, emergency response and economic welfare measures.

Reconstituted 10 Empowered Groups with their Conveners:
i.EG on Vaccination:
VK Paul, Niti Aayog (The National Institution for Transforming India) (health) member, will be the convenor of the EG on vaccination, it has 10 members, including the Foreign Secretary. The panel will oversee vaccines’ procurement, manufacturing, logistics, daily supply, utilisation, and wastage.
ii.EG related to medical oxygen:

About Disaster Management Act, 2005:
It was established by Government of India on 23rd December, 2005 for efficient management of disasters and related or incidental matters which extends to the whole of India.National Disaster Management Authority (NDMA) was formally constituted on September 27, 2006 as per the act.
>>Read Full News 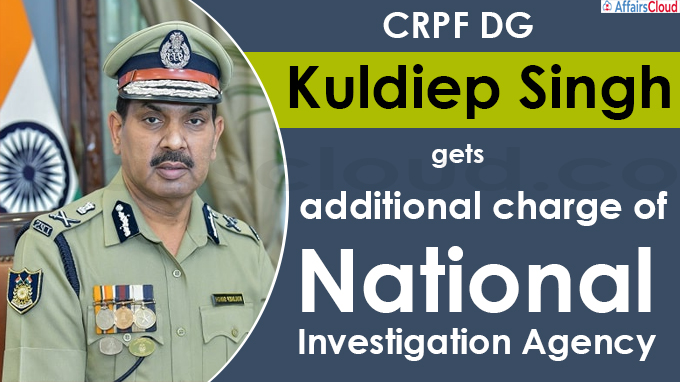 Kuldiep Singh, Director-General (DG) of the Central Reserve Police Force (CRPF), has been given additional charge, as the DG of National Investigation Agency (NIA) by the Ministry of Home Affairs.He will replace Y C Modi who retires on May 31, 2021 (superannuation).

Note – Kuldiep Singh will hold the post of DG of NIA till the appointment and joining of the successor.
About Central Reserve Police Force (CRPF):
It is India’s largest Central Armed Police Force and assists the State/Union Territories in police operations to maintain law and order and counter-insurgency.
Establishment – 27th July 1939
Headquarters – New Delhi
About National Investigation Agency (NIA):
NIA is India’s counter-terrorism task force. The agency is empowered to deal with terror-related crimes across states without special permission from the states.
Headquarters –  New Delhi About Nagaraj Adiga:
i.Adiga was nominated to the IAU Council by Athletics Federation of India (AFI).
ii.He was elected as the Asia and Oceania Representative after defeating the Gilsoo Park of South Korea.
About International Association of Ultrarunning:
General Secretary – Hilary Walker
Headquarter – Monaco Cedex 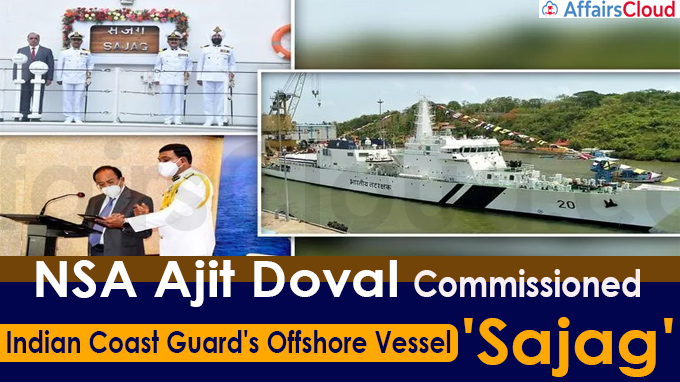 The Common Services Centres (CSC) E-Governance India Ltd has unveiled a unique Agri Services Portal that will act as a one-stop destination and marketplace for small farmers.
Aim:
To empower small and marginal farmers, who constitute 86 per cent of India’s farming community.
About Agri Services E-Marketplace:
The portal “www.cscagri.in” will provide services to Small and marginal farmers, who do not have easy access to the digital world can avail essential agri services.
Facilities Provided:
i.Buying agri-input products with the help of  Village Level Entrepreneurs (VLEs) and Farmer Producer Organisations (FPOs) through Kisan e-Mart.
ii.Renting and hiring of agriculture implements and machinery through the MOVR application hosted on the portal.
iii.Soil testing
iv.Sale of farm produce.
v.Tele-consultations with scientists of Krishi Vigyan Kendras of ICAR.
vi.Loan and Insurance facility.
Various government schemes for farmers will also be available which includes,

About CSC SPV:
i.The CSC SPV is a special purpose vehicle(SPV) under the Ministry of Electronics & IT that provides a host of electronic services to consumers through its common service centres.
>>Read Full News

In May 2021, The National Commission for Protection of Child Rights (NCPCR), an organisation under the Ministry of Women and Child Development, launched “Bal Swaraj”, an online tracking portal for real-time tracking & monitoring of Children who lost both or either of their parents in COVID-19.
i.“COVID-Care”, a link under the Bal Swaraj portal, will enable officers in concerned departments to upload data about such children who are in need of care.
About National Commission for Protection of Child Rights (NCPCR):
Chairman – Priyank kanoongo
Established – 2007
Headquarters – New Delhi
>>Read Full News OneWeb, a Low Earth Orbit (LEO) satellite communications operator, co-owned by Bharti Global and the UK government, launched another batch of 36 satellites on 28 May 2021, which was carried out by European satellite launch company, Arianespace, from the Russian spaceport, Vostochny Cosmodrome.

Key points:
i.This launch is a part of its ‘five to 50’ programme, which is meant to bring satellite-based broadband Internet to countries like the UK, Alaska, US, Northern Europe, Greenland, Iceland, the Arctic seas, and Canada by 2022.
ii.OneWeb had launched a previous wave of 36 satellites from the same spaceport in March 2021.
iii.In April 2021, a French geostationary satellite operator, Eutelsat invested $550 million (~Rs 4,103 crore) in OneWeb and acquired a 24 percent stake in it.
About Bharti Global:
Bharti Global is the overseas arm of Bharti Enterprises — the holding company of Bharti Airtel, India’s second-largest telco.
Headquarters – New Delhi
Chairman – Sunil Bharti Mittal
>>Read Full News Supriya Paul Authored A Book Titled ‘All You Need Is Josh: Inspiring Stories Of Courage And Conviction In 21st-Century India’ A book titled ‘All You Need Is Josh: Inspiring Stories of Courage and Conviction in 21st-century India’, a collection of 30 awe-inspiring real-life stories of people bracing odds and obstacles and achieving their dreams edited by Supriya Paul was released.This book has been published by Bloomsbury.
About the Book:
i.It contains stories of some unique individuals with an aim to reach those who are searching for hope and comfort during trying times.
ii.The book includes stories of,

About the author:
i.Supriya Paul is one of the youngest and most dynamic female entrepreneurs.
ii.She is the director and co-founder of Josh Talks.
iii.She was placed on the Forbes list of self-made women in 2020. World Vape Day 2021 is annually observed across the globe on 30th May and it falls on the day before the WHO’s World No Tobacco Day (May 31) to raise awareness about the significant health, social, and economic benefits of vaping and e-cigarettes/vapor products for people who smoke. It will highlight the benefits of tobacco harm reduction in general and of vaping in particular.

Note – Indian authorities have banned the sale (but not use) of e-cigarettes in 2019.

World Vape Day was first celebrated in 2012 on various dates. From this year 2021, World Vape will be celebrated on May 30th. 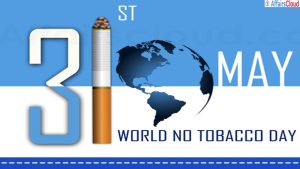 Objective of 2021 theme :-This yearly celebration alters the people about dangers of using tobacco, the business practices of tobacco companies especially Covid-19 is an infectious disease that mainly attacks the lungs and tobacco use continues to be biggest health threats especially during this pandemic .
About World Health Organisation(WHO):-
World Health Organization is a specialized agency of the United Nations responsible for international public health.
Headquarters – Geneva, Switzerland
Director General – Tedros Adhanom
>>Read Full News

Commonwealth day in India – May 24 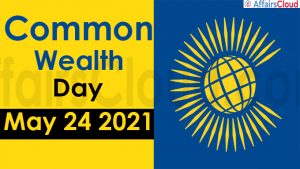 Theme for 2021 Commonwealth Day is ‘Delivering a Common Future’. The aim of this theme is to highlight how the 54 Commonwealth countries are innovating, connecting and transforming to help achieve essential goals like tackling climate change, promoting good governance, achieving gender equality.
>>Read Full News The Government of Assam has introduced the system of Guardian Minister.According to this System, 13 ministers will be responsible for the implementation of the government’s policy decision, Administrative reforms and other welfare schemes for the public in the district.

Functions of Guardian Ministers:
i.Guardian Ministers will look after balanced, speedy and sustainable developments in all 33 districts of state.
ii.They will see how quickly people can benefit from the government’s schemes and projects.
iii.They will frequently visit assigned districts in normal as well as in during emergency situations.
iv.They can also suggest policy decisions for the welfare and development of the district to the government. Later, this matter will be considered by the state cabinet.
v.They will recommend awards for best practices in districts and prepare a ‘Vision Document’ consultation with district administration.
vi.Look after the plan to provide employment to unemployed youths.
vii.Lastly, they will recommend district specific matters where Budget provision is required.