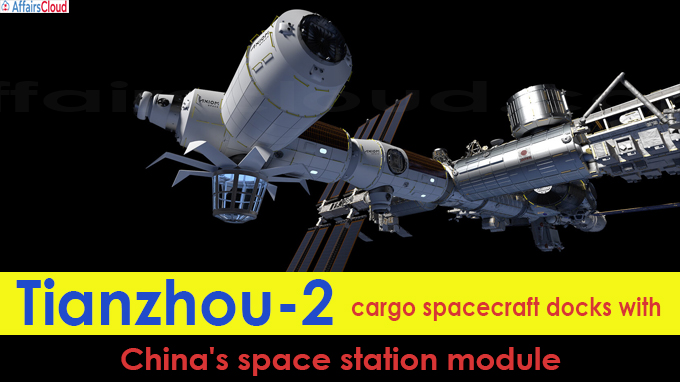 On May 29, 2021, China Launched cargo spacecraft, “Tianzhou-2” or “Heavenly Vessel” through Long March-7 Y3 rocket from the Wenchang Space Launch Center on the southern island of Hainan.

The spacecraft “Tianzhou-2” successfully docked with the Tiangong space station.

ii.This launch is the part of the construction of the Tiangong space station.

i.Tianzhou-2 is the second of 11 missions needed to complete China’s first self-developed space station around 2022.

United States (US) had banned China to participate in the International Space Station (ISS), China is building the Tiangong Space Station.