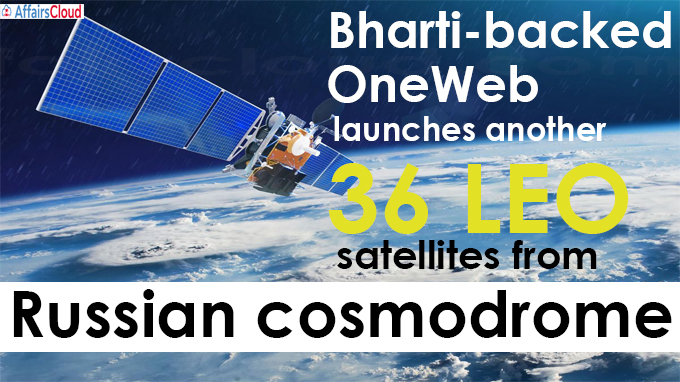 OneWeb, a Low Earth Orbit (LEO) satellite communications operator, co-owned by Bharti Global and the UK government, launched another batch of 36 satellites on 28 May 2021, which was carried out by European satellite launch company, Arianespace, from the Russian spaceport, Vostochny Cosmodrome.

i.This launch is a part of its ‘five to 50’ programme, which is meant to bring satellite-based broadband Internet to countries like the UK, Alaska, US, Northern Europe, Greenland, Iceland, the Arctic seas, and Canada by 2022.

ii.OneWeb had launched a previous wave of 36 satellites from the same spaceport in March 2021.

i.Currently, the total investments in the company is at $1.9 billion.

iv.The company plans to enter the Indian boundaries in 2022 either by merging with a company to form a joint venture or by leasing a bandwidth capacity pact.