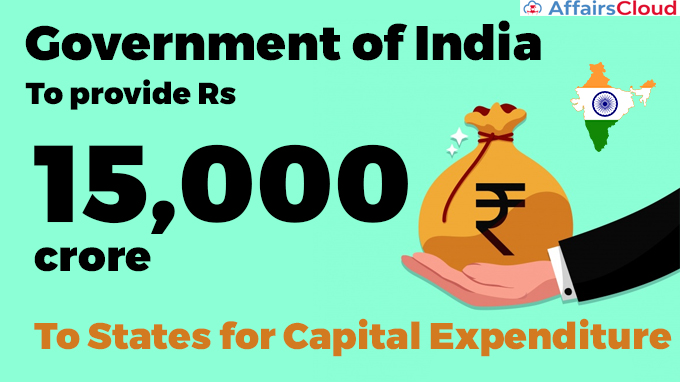 The Ministry of Finance, Government of India is set to provide an additional amount of INR 15,000 Crore to State Governments as Interest free 50-year loan for spending on Capital projects for the FY 2021-22.

Components of the Scheme

The scheme for Special Assistance to States for Capital Expenditure for 2021-22 has 3 parts.

i.These funds have been allocated to states for new and ongoing capital projects which will provide long term benefit to the state.

iii.The ‘Scheme for Special Assistance to States for Capital Expenditure’ was launched in 2020 to provide financial assistance for the states.