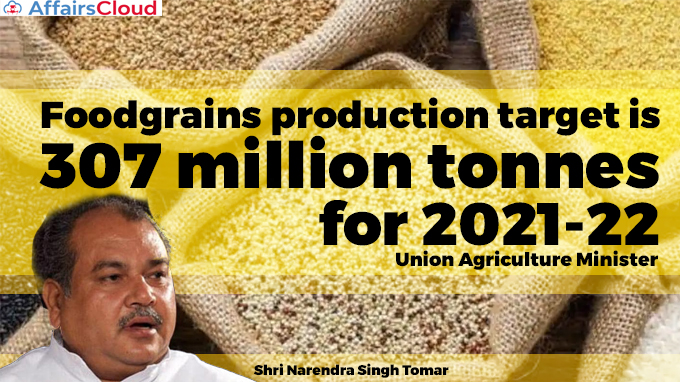 During the conference, discussions were held to review preparedness for management of Kharif crops.

i.March 16, 2021, According to data presented by MoAFW to Lok Sabha,  4 states namely Sikkim, Andhra Pradesh, Karnataka & Maharashtra have more than half of the net cultivated farmlands under micro-irrigation in India.