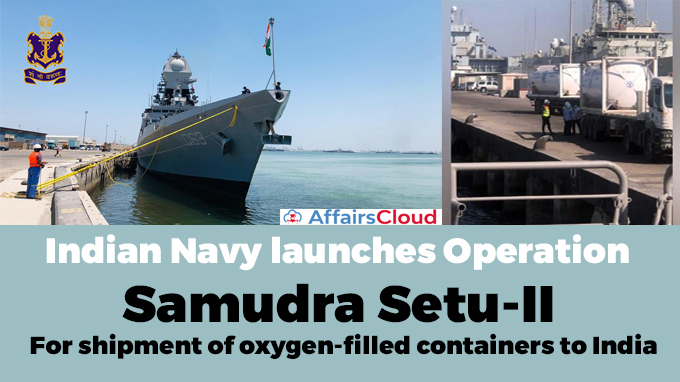 i.It is part of the ongoing national mission for meeting Oxygen requirements in India. The demand for Oxygen has increased in India due to COVID-19.

ii.As part of the deal,

In the 1st Batch:

In the 2nd Batch:

So far, the Indian Navy played a crucial role during the Pandemic,