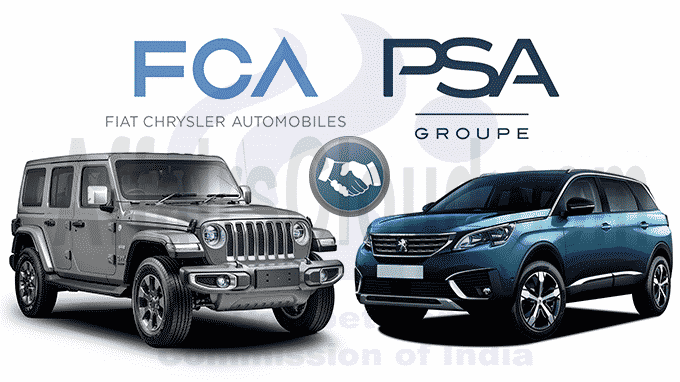 On June 04, 2020, Competition Commission of India (CCI), a statutory body of the Government of India (GoI), has given its nod to the proposed merger between French car maker Peugeot S.A (PSA) and London headquartered Fiat Chrysler Automobiles N.V (FCA).

i.The merged entity will be the 4th largest original equipment manufacturer by volume and the third largest by revenue after Toyota, Volkswagen, and Renault-Nissan-Mitsubishi. It will generate €3.7 billion ($4.1 billion) in savings, which will come from sharing investments in vehicle platforms, engines as well as new technology and leveraging scale on purchasing.

ii.Having presence in India, both the firms announced their merger in December 2019.