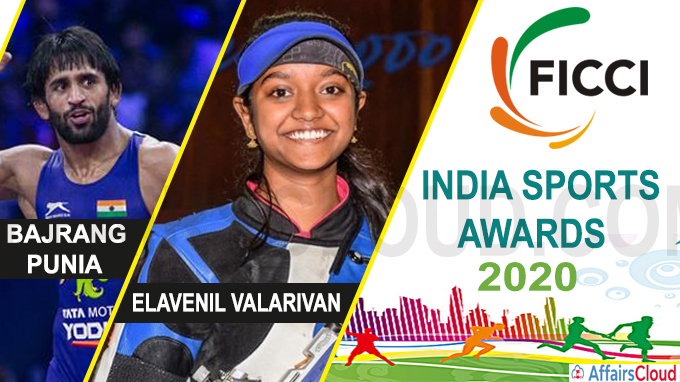 On 10th December, 2020 Federation of Indian Commerce and Industry (FICCI) virtually presented India Sports Awards-2020, to sports personalities for their outstanding contributions in the field of sports.Wrestler Bajrang Punia and Shooter Elavenil Valarivan received the highest honour “Sportsperson of the Year of Men & Female” Award respectively.

Elavenil Valarivan Represents India in the sport of Shooting, She won gold medal in 2018 ISSF Junior World Cup, She won Silver medal at World University Games in 2019.She won Gold medal at World Cup Suhl in 2019 & she will represent India in Tokyo Olympics 2021.