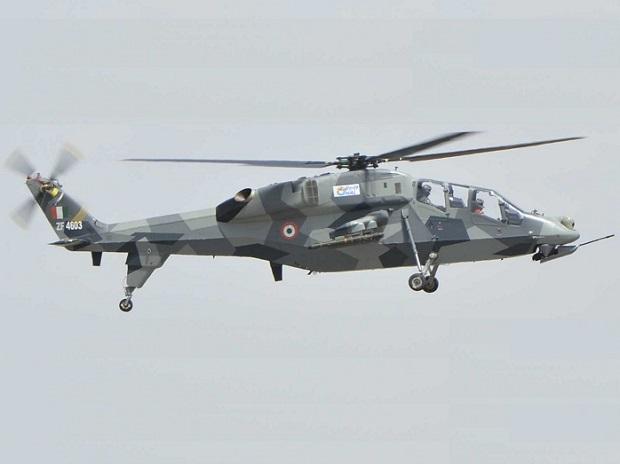 Hawk-iprogramme :
The Hawk aircraft, was  manufactured originally under licence from British defence major BAE Systems Plc.Now it was  indigenously upgraded into a combat ready aircraft by HAL.

The Hawk-i programme is part of HAL’s efforts to develop products on its own and take it to potential buyers—a contrast to its earlier practised policy of developing according to requirements of our armed forces.

It is HAL’s 100th Hawk jet trainer aircraft .The Hawk-i is equipped with improved quality and depth of training by Large Force Engagement tactics through Electronic Virtual Training (EVT) System. It can fly and manoeuvre in valleys to support army soldiers in an environment where there is no major enemy air threat.
About LCH :

It will provide fire support to the army persons at mountainous deployment areas on the northern borders, which the altitude of 6,000 metres.At this height their will be shortage of oxygen so it will be difficult for soldiers to carry weapons . These LCH can be used to carry weapons( 20-millimetre turret gun, 70-millimetre rockets and, to be incorporated later, a guided missile).The helicopter can carry out operational roles under extreme weather conditions at different altitudes from sea level, hot weather desert, cold weather and Himalayan altitudes.

Statistics And Quotes:
i.Between 2012 and 2016, India accounted for 13% of the global arms imports, according to a 2017 report from the Stockholm International Peace Research Institute—a group that tracks global arms purchases. India had topped the list which included Saudi Arabia, the United Arab Emirates, China and Algeria, the report had stated.

ii.During the launch Arun Jaitley stated the following quote
“It is clear that we are systematically moving in a direction where we wish make ourselves a major manufacturing hub, not only for supplying for ourselves (but) for the rest of the world”
Some facts about UK
Capital : London
Currency :pound sterling
Prime minister : Theresa may
Monarch :Elizabeth II