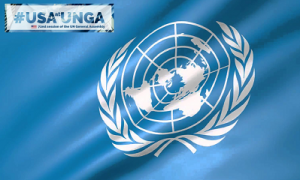 50 nations signed UN Nuclear Ban Treaty:
i.On 20th September 2017, 50 countries signed a treaty to ban nuclear weapons. Brazil was the first country to sign the treaty.
ii.The countries that have signed the treaty would be banned from developing, testing, producing, manufacturing, acquiring, possessing or stockpiling nuclear weapons ‘under any circumstances.’
iii.More than 120 countries approved the new nuclear weapons ban treaty.Whereas, the U.S., Britain and France said that the ban wouldn’t work and would end up disarming their nations while the nations that did not sign the treaty would strengthen up.