The 27th Session of the Universal Periodic Review (UPR) Working Group is being held from 1st to 12th of May 2017 at the UN Human Rights Council (UNHRC) in Geneva.

What is Universal Periodic Review?

Universal Periodic Review is a process through which human rights records of all United Nations’ Member States are reviewed. 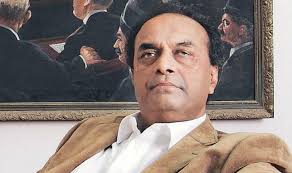 India’s National Report for the UPR-III was reviewed on the May 4, 2017. India was represented by Mukul Rohatgi – the Attorney General of India. Mr. P.S. Patwalia – Additional Solicitor General of India and Ms. Ruchi Ghanashyam – Secretary (West) in the Ministry of External Affairs were a part of 18-member Indian delegation that accompanied Mr. Rohatgi.

Following recommendations accepted by India during the UPR-II in 2012 were included in the National Report for UPR –III:

During review of India’s National Report at UN Human Rights Council (UNHRC) on May 4, 2017, issues such as ratifying the UN’s Convention Against Torture (CAT), criminalising marital rape, need for reviewing the Foreign Contribution Regulatory Act (FCRA), discrimination against religious and other minorities, need to repeal anti-conversion laws and need to repeal Armed Forces Special Powers Acts (Afspa) were raised by other countries.