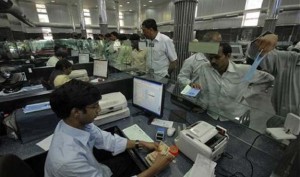 The EDs have been appointed initially for a period of three years and they will take charge on or after February 1.