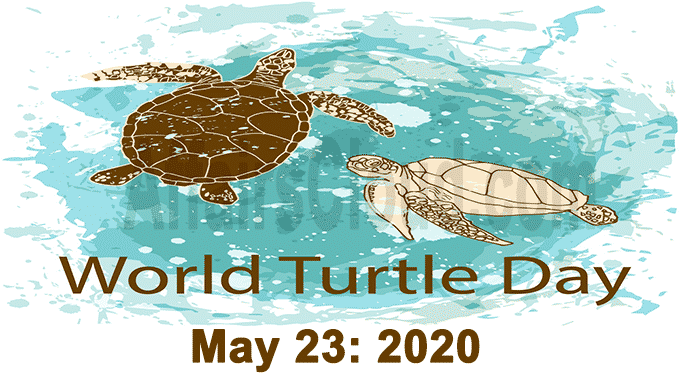 May 23 of every year is celebrated as World Turtle day since 2000 by the American Tortoise Rescue(ATR), a nonprofit organisation, to celebrate and protect the turtles, tortoises and their habitats which is now celebrated throughout the world in the countries like United States, Canada, Pakistan, India, Australia and others.

The ATR’s World Turtle day 2020 is focusing on bringing attention and increasing respect and knowledge for tortoises and turtles. In addition, Motivating humans to come and help them survive.

The American Tortoise Rescue (ATR) launched World Turtle Day to increase the respect and knowledge of turtles and tortoises which are becoming endangered due to illegal smuggling and exotic food industry habitat destruction, global warming and pet trade.

i.ATR fosters humane treatment to the animals and reptiles and it is the only sanctuary for rehoming turtles and tortoises in the United States.

ii.The sale of turtles and tortoises were made illegal in 1974

iv.The Sea turtles species are classified as Vulnerable, Endangered or Critically endangered on the Red list of International Union for the Conservation of Nature (IUCN)