Every first Sunday of May is celebrated as the World Laughter Day to raise awareness about laughter and the healing properties of laughter and this year the day falls on 3rd May. More than 70 countries around the world are celebrating the world laughter day on this occasion. The first World laughter day was celebrated on 10th May 1998 in Mumbai, India organised by Dr Madan Kataria, the founder of the Worldwide Laughter Yoga movement. 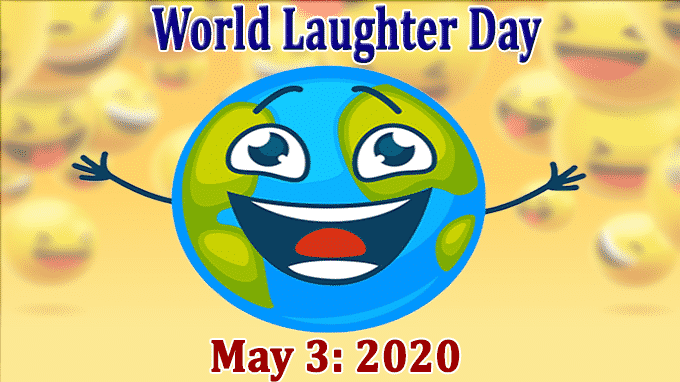 i.Dr. Madan Kataria started the Laughter Yoga movement as a part of the facial feedback hypothesis which postulates that facial expressions can affect their emotions.

ii.This annual event is to encourage the practice of comedy that promotes wellness and well being and is celebrated in large cities like Los Angeles since 2005 to spread a way to express people’s love for comedy.

iii.This day is celebrated by the members of laughter club members, families, and friends by organising events, entertainment programs, music, dance and laughter contests in the city squares, parks and other public gathering locations

i.The endorphins, the natural painkillers within the body, are released during laughing eases the chronic pain and helps you relax and recharge.

ii.Laughter is a cardio workout for the people who are not able to do a physical workout which burns the calories similar to moderate pace walking, it is a natural exercise.

iv.Reduces blood pressure and reduces the risk of stroke or heart attack