On May 4, 2020, International Firefighters’ Day (IFFD) is observed every year to recognize and honor the sacrifices that firefighters make to ensure that their communities and environment are as safe as possible. 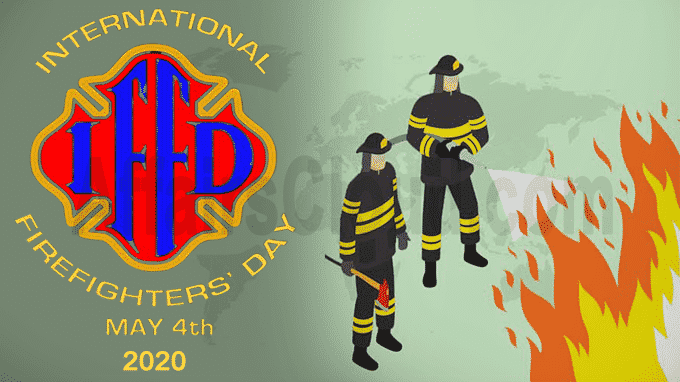 i.History of the day: The day was initiated after a proposal emailed by a firefighter named JJ Edmondson on January 4, 1999, calling for an international holiday that would honour the sacrifices and triumphs of firefighters everywhere, after the death of 5 firefighters under tragic circumstances in a bushfire in Australia on December 2, 1998.

ii.Symbol for IFFD: The symbol for International Firefighters Day (IFFD) is a red and blue ribbon. The color red signifies fire and the blue denotes water. These colors also signify emergency services around the world.

iii.The Date- May 4: The date chosen for International Firefighters’ Day was linked to the feast day of St Florian (the patron saint of all firefighters). St Florian born in 250 AD in ancient Rome was the first known commander of one firefighting squad in the Roman Empire.

iv.Firefighters in most of the European countries celebrate May 4 as a ‘Day of Fire Service’ as well as St. Florian’s Day. This date is also known as St Florian’s Day worldwide and has been a tradition for more than 150 years in Europe.

v.Sound Off: On the first Sunday in May at noon, fire sirens sound for 30 seconds followed by a minute’s silence in respect of past firefighters. This is known as the “Sound Off“, due to amazing support it is observed every year to mark the inaugural of IFFD in 2002.