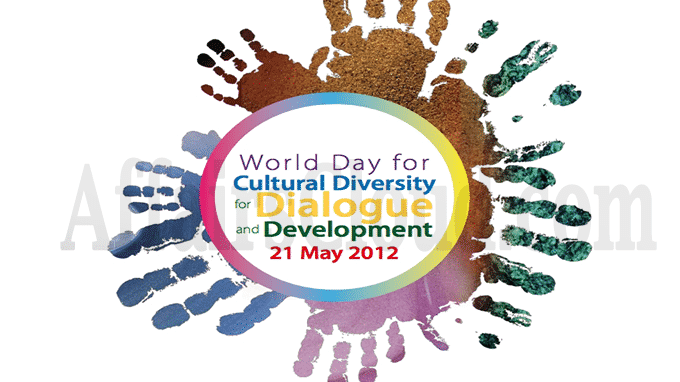 World Day for Cultural Diversity for Dialogue and Development is celebrated every year on May 21 globally. The day celebrates not only the richness of the world’s cultures, but also the essential role of intercultural dialogue for achieving peace and sustainable development.

i.History of the day: In the year 2001, UNESCO (United Nations Educational, Scientific and Cultural Organization) adopted the Universal Declaration on Cultural Diversity. This day was created as a result of the destruction of the Buddha statues of Bamiyan in Afghanistan in 2001.

ii.In December 2002, the United Nations General Assembly (UNGA), in its resolution 57/249, declared May 21 to be the World Day for Cultural Diversity for Dialogue and Development.

iii.In the year 2015, the Second Committee of the UN General Assembly unanimously adopted the resolution on Culture and Sustainable Development A/C.2/70/L.59, affirming culture’s contribution to the 3 dimensions of sustainable development, acknowledging the natural & cultural diversity of the world, recognizing that cultures and civilizations can contribute to and are crucial enablers of, sustainable development.

iv.The day provides an opportunity to deepen our understanding of the values of cultural diversity and to advance the 4 goals of the UNESCO Convention on the Protection and Promotion of the Diversity of Cultural Expressions adopted on 20 October 2005: