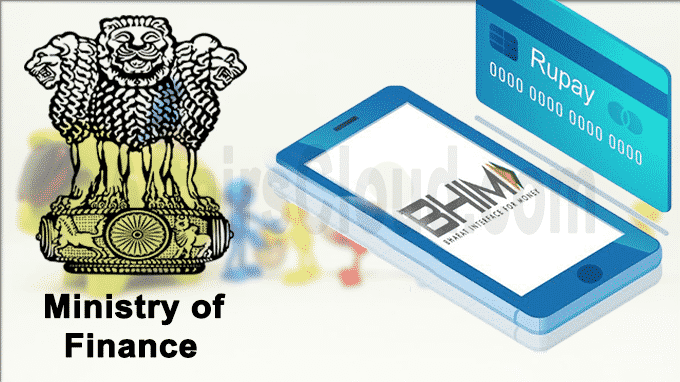 On May 20, 2020, In a bid to boost digital transactions and move towards a less-cash economy, the Central Board of Direct Taxes (CBDT), a statutory authority functioning under the Department of Revenue in the Ministry of Finance, has exempted firms with a turnover of over ₹50 crore & engaged in business-to-business (B2B) transactions, from the requirement of accepting payments only by e-payments facilities using debit cards powered by RuPay or BHIM-UPI (Bharat Interface for Money- Unified Payments Interface).

i.As per the CBDT, the relaxation has been notified for B2B companies only if at least 95% of aggregate of all amounts received during 2019, including amount received for sales, turnover or gross receipts, are by any mode other than cash.

ii.The move comes after the representations stating that requirement of mandatory digital payment facilities for payments through the prescribed electronic modes should be applicable in B2C businesses that directly deal with consumers.

iii.In addition, it also underscored that the prescribed electronic modes had a maximum payments limit per transaction or per day, which made them less relevant for the B2B ecommerce sector where the value of transactions is higher.

iv.With this move, the firms which had little or no retail customer or B2C  (business to consumer)transactions mandated to install e-payment facilities or pay penalty of Rs 5,000 per day as per provision namely Section 269SU was inserted in the Income-tax Act, 1961, will get exempted.