The World Bank is an international financial institution that provides credit to developing countries for the projects which lead to the economic development of the country. Its Motto is – Working for a World Free of Poverty. 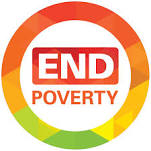 Currently the World Bank is made up of 189 member countries. Nauru is the 189th country to join World Bank in 2016 as well as the International Monetary Fund. India joined the World Bank in 1944 (when the Bank was formed) and is among the top annual borrowers.

Together, IBRD and IDA make up the World Bank. World Bank provides low-interest loans and grants to developing countries. The investment projects include education, health, public administration, infrastructure, financial and private sector development, agriculture, and environmental and natural resource management. The projects are co-financed with governments, other multilateral institutions, commercial banks, export credit agencies, and private sector investors.
The loan amount provided by the World Bank is raised by collecting funds from the member countries. Interest rates on World Bank loans are revised every six months and typically, the Bank charges borrowers a rate of interest 0.5 per cent above its own cost of borrowing on the international market.

The World Bank Group has set two goals for the world to achieve by 2030:

When and why the World Bank was formed?

Some of the lending by World Bank to India: