World Bank has said that India is allowed to construct hydroelectric power facilities on tributaries of the Jhelum and Chenab rivers with certain restrictions under the 1960 Indus Waters Treaty (IWT). World Bank’s comments came as officials from India and Pakistan concluded the secretary-level talks over the IWT.

This week World Bank said the IWT designates Jhelum, Chenab and Indus as the “Western Rivers” to which Pakistan has unrestricted use, however India is permitted to construct hydroelectric power facilities on these rivers subject to 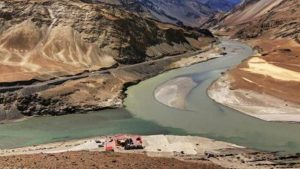 constraints specified in annexure to the treaty.

IWT is a bilateral treaty between India and Pakistan that lays out terms and conditions for sharing waters of Indus River System.