Senior bureaucrat S Aparna, presently Principal Secretary to Gujarat Chief Minister Vijay Rupani, has been appointed as an Executive Director in the World Bank in the US.

The Appointments Committee of the Cabinet (ACC) headed by Prime Minister Narendra Modi cleared Ms. Aparna’s name for the position and her appointment order was issued by the Department of Personnel and Training (DoPT) on August 5, 2017. 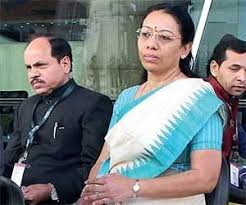 World Bank is an international financial institution that provides loans to its member countries for developmental projects.