On 17th December 2019, the World Economic Forum (WEF) released its annual survey, India slipped four places and ranked 112th place in the Gender Gap Index, and ranks in the bottom-five in terms of women’s health and survival and in the economic participation of women. Iceland is in the first place becoming the most appropriate country for women followed by Norway (2nd), Finland (3rd) and Sweden (4th). 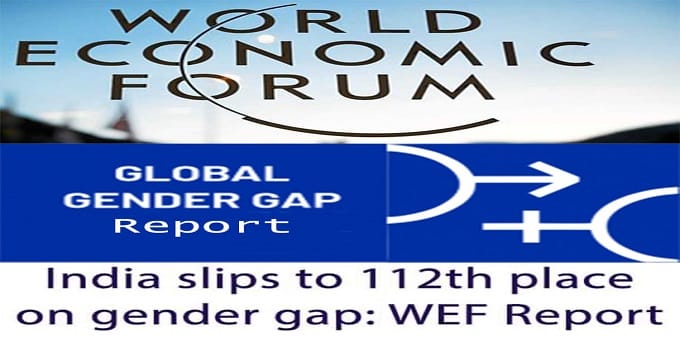 Other Countries in Global survey: