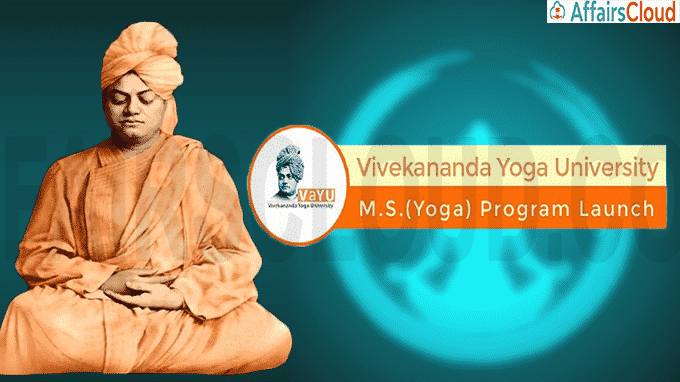 As a part of International Yoga day, on 23rd June 2020, V Muraleedharan, the Minister of State of External Affairs and P P Chaudhary, Chairperson of the Standing Committee on External Affairs, jointly launched World’s First Yoga University “Vivekananda Yoga University”(VaYU) in Los Angeles, United States of America, over the virtual event at the Consulate General of India in New York.

The event was jointly hosted by Sandeep Chakravorty, Consulate General and the founding director of VaYU, Prem Bhandari, the chairperson of Jaipur Foot USA.

Online programmes based on the scientific principles and modern research approaches combined with the ancient indian practice of yoga.

The first chairman of the VaYU is the Indian Yoga Guru, Dr. H R Nagendra, the Chancellor of Swami Vivekananda Yoga Anusandhana Samsthana (SVYASA), the first Yoga University in India.

ii.The University will support collaborative research, credit transfers, and joint programmes with other universities across the world.