At a meeting of the Board of Directors (BoD) of Press Trust of India (PTI), India’s premier news agency, after the company’s 71st annual general meeting, Vijay Kumar Chopra & Vineet Jain were elected as Chairman and Vice Chairman of PTI respectively. 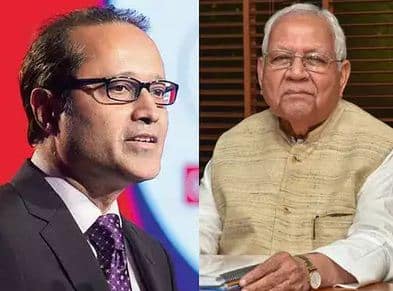 Vijay Kumar Chopra’s appointment
Vijay Kumar Chopra, aged 87, who is the Chief Editor of the Punjab Kesari Group of newspapers, was unanimously elected Chairman of PTI succeeding N Ravi, publisher and former Editor-in-Chief of The Hindu.

Key Points:
i.He had served as the Chairman of PTI in 2001-02 and 2009-10 & as the  President of the Indian Newspaper Society (INS).
ii.He was the recipient of Padma Shri award (Literature & Education : 1990), Munshi Prem Chand award (1991) and his name was also entered in Limca Book of Records in 1997 as the writer of the longest travelogue.
iii.He had created history by running a Rotary Web Offset Press with the help of a tractor in 1974 when the supply of electricity was cut off by the Punjab government for political reasons.

Vineet Jain’s appointment
Vineet Jain, Managing Director (MD) of Bennett, Coleman and Company Limited (BCCL), the publisher of Times of India, was elected as Vice-Chairman of PTI.
i.He is the writer of Instances of India.
ii.He had earlier served as the chairman of PTI in 2010.