Indian Vice President Hamid Ansari has unveiled a stone statue of Mahatma Gandhi at Pethub Monastery in the Ulaanbaatar that is seen as symbol of India-Mongolia cultural and spiritual ties. 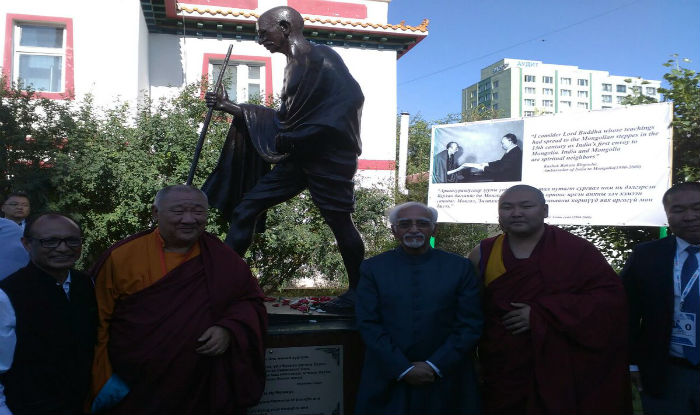