As a First of its Kind move in India, Uttarakhand Government is going to set up an Industrial Park completely and exclusively dedicated to the Women entrepreneurs. This new scheme installation was launched by Uttarakhand Chief Minister Harish Rawat on July 15. The event was organised by FICCI Ladies Organisation (FLO). 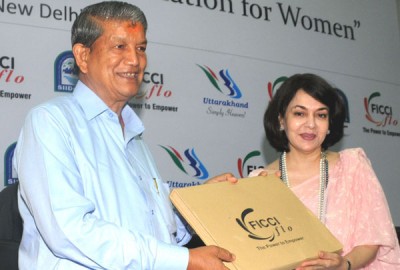 What is a Industrial Park?

It is a part of a city or town which is zoned for industrial purpose. Industrial parks may consists of oil refineries, ports, warehouses, distribution centers, chemical plants, plastics manufacturers, airports, food and beverage processors, and steel manufacturers. Actually an industrial park can be imagined of as a more “heavyweight” version of a business park, which has offices and light industry, rather than heavy industry.

This Park extends of over 200 acres and will be located in Uttarakhand’s Sitarganj district.

In order to support the women population, who are inclined towards the proliferation of small and medium industrial units in the state these new strategies have been followed. The women entrepreneurs will be provided by the state government with a framework to set up a single-window umbrella organization for the benefit of units promoted by Self Help Groups and large units.

It is mainly set up in order to emphasize to accelerate women’s participation in the process of economic development; the first step is to develop and promote entrepreneurship among women and for this concerted effort is required from the industry, government and the society.