The Assembly Elections in the five states- Uttar Pradesh, Uttarakhand, Punjab, Goa and Manipur were considered the first big test for the BJP after Prime Minister Narendra Modi’s demonetisation drive, which wiped out 86 per cent of currency from the nation’s economy.

Review of the Assembly Election 2017 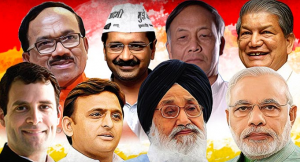 Bhartiya Janta Party(BJP) emerged victorious in state election of Uttar Pradesh. Out of the 403 seats BJP won 325 seats which is much greater than the 202 seats required for majority.

The BJP performed far better than expected to win 57 of the 70 constituencies in Uttarakhand while reducing the ruling Congress to dismal 11 seats.

Punjab has given another chance to Congress under Captain Amrinder Singh to form government after a gap of a decade, taking away the power from ruling SAD-BJP combine government.

Though none of the political parties managed to reach the majority mark of 31 for securing majority win in Manipur assembly polls, Congress and BJP were racing neck and neck.

In the past five years, BJP had a stable government in Goa. But with the assembly election results on March 11, 2017, CM Laxmikant Parsekar of BJP suffered a loss in Mandrem constituency of North Goa by around 3,500 votes from Congress candidate Dayanand Sopte.